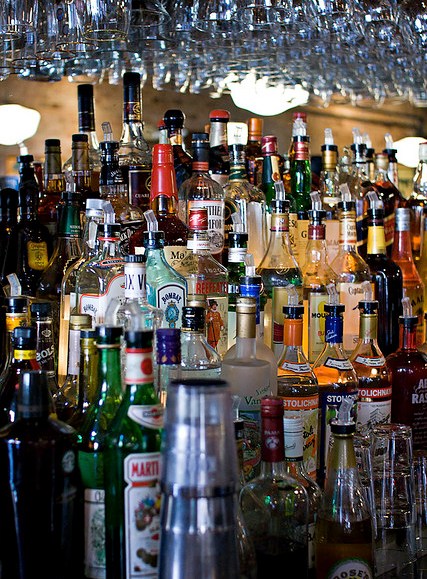 As it ramps up its monetization efforts, Twitter is attempting to make itself more accessible to alcohol brands with a new age verification feature, and hoping to attract more of their ad dollars as a result. So far brands including Jack Daniel’s, Skinny Girl, and Coors Lite are making use of it.

To date, marketers of age-restricted products have approached the social network extremely cautiously, thanks to laws around the world that dictate how those products can and should be marketed in local markets. But now Twitter hopes its new tool will help ease their concerns, and subsequently loosen their purse strings for ad buys.

“As we’ve grown our advertiser base we’ve had requests for this from alcohol brands,” said Twitter’s head of product marketing, Guy Yalif, “They asked repeatedly and that’s what drove us to build this. In some cases they said they couldn’t start advertising with us until this capability was in place. This opens up a new advertising front for us, there are thousands of alcohol brands around the world.”

One thing is certain: Most alcohol brands can use the help. The account for Brown Forman’s Jack Daniel’s Honey brand has fewer than 3,400 followers, Smirnoff’s has fewer than 9,000, and Miller Lite’s has just 870, though it’s first tweet was only a little over a month ago. Skinny Girl’s account is fairing a little better with 40,000 followers, but many alcohol brands popular in the U.S. are still nowhere to be found, such as Budweiser, Johnnie Walker, Captain Morgan, and others.

Twitter’s ad products do not enable advertisers to target their paid messages by age. Some, such as promoted tweets, do allow them to target followers specifically, however. By ensuring their followers are all of legal drinking age alcohol brands, for example, can ensure they remain within the letter of the law.

In order to get the feature up and running as quickly as possible Twitter partnered with Buddy Media to power it. Twitter itself does not collect age information during its sign-up process, so users’ age information will be collected by, and live with, Buddy Media.

“The biggest reason we partnered with Buddy Media was speed to market,” said Yalif. “We didn’t want to introduce more steps to the signup flow, and we don’t currently collect age. Partnering enabled us to meet advertiser demand quickly.”

The signup process itself works like so: A user clicks to follow a brand, and is sent a direct message with a link to age.twitter.com, and prompted to enter their age. If the user qualifies, they will automatically begin following the brand. If they do not, they will be unable to follow it, or may even be blocked from the account, depending on the brand’s preference. Each user need only verify their age once per account.

Alcohol brands have already been active on Twitter, of course, but have approached the age issue inconsistently. The account for Brown Forman’s Jack Daniel’s Honey brand, for example, includes the text “Msg 4 21+ only” in every tweet it publishes, and also specifies in its profile that “Followers must be of legal drinking age in their country of residence.” Following it is cumbersome. It results in getting a text message stating that you must reply in an hour with a birthdate or be blocked entirely from the feed. This is odd since the feed can be seen by anyone prior to following. Jack Daniel’s could have made the feed private, only visible to followers. Other liquor brands handle verification differently.

Twitter says it wants to standardize the process, and avoid what it called “a patchwork of solutions with different approaches, processes and levels of success.” It won’t be mandatory, though. Brands can choose themselves how best to make use of the feature, Yalif added.