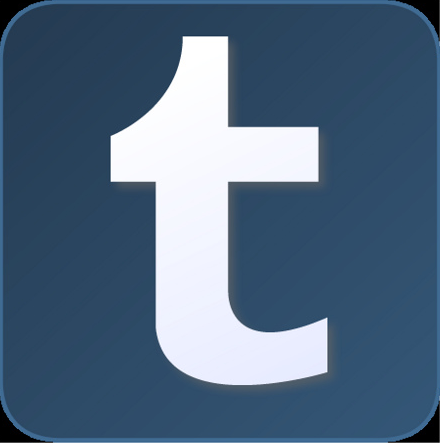 It can be a bit comical when tech companies inch their way into media. They usually do so after decrying ad models and living off venture capital. But everyone grows up, even tech platforms.

Tumblr is the latest tech service to travel this road, announcing that it would allow advertisers to buy a “Radar” placement on the dashboard where Tumblr users aggregate their feeds. It went to pains to claim these weren’t ads at all. They were instead “user-oriented promotional creators.” This is a bit of cuteness that Facebook (sponsored/featured stories) and Twitter (promoted tweets) have indulged as they’ve ramped up ads.

Tumblr is undeniably large. It had 21 million U.S. unique visitors in March, according to ComScore, and 7 billion pages viewed. It does particularly well among young users. Over 28 percent of its users are 18-24 versus 12 percent for the overall Internet. That age group spends an average of 256 minutes per month there, according to ComScore. There are some problems, however, which will make it more difficult for Tumblr to build a big media business compared to a platform like Twitter or Facebook.

Brands aren’t there in a big way. Sure, fashion brands fell for Tumblr early. Others are dabbling there. But brands haven’t come to Tumblr in nearly the same numbers as they did to Twitter and Facebook before those services really increased their focus on advertising. These types of promoted-accounts systems only work if holders are seeing real benefits to their audiences there. Ask an agency about how important Tumblr is to their clients, you get the distinct impression it’s in the dreaded experimental bucket or “on the roadmap.” Right now, it’s hard to make that case for most brands, which is where the money is. A platform like Pinterest is doing a far better job of funneling commercial intent to advertisers. Tumblr often seems to brands like a content-management system rather than a social network.

Ads are only on the dashboard. Tumblr is a very decentralized social platform. Untold millions arrive there everyday from links to funny Tumblrs. Digiday has several itself. There is the hard-core Tumblr user who follows many different blogs on the network, using the dashboard. By restricting ads to the dashboard, Tumblr is greatly diminishing the reach. CEO David Karp said the dashboard gets about 120 million impressions a day. That means the majority of Tumblr pages won’t have ads. Of course, that’s a luxury most publishers don’t have. Andrew Lipsman, an analyst at ComScore, notes that Tumblr’s high page-view count indicates it has a loyal user base rather than mostly passersby. It is a cautious first step — the company told Digiday’s Josh Sternberg that it has no plans to run ads outside the dashboard — but there’s no doubt it’s significantly restricting its available audience.

Tumblr’s not yet a media company. Even for a tech company, Tumblr has shown an ambivalence toward advertising that doesn’t point to a company with much desire to figure out the needs for brands — or is capable of doing so. It took five years for it to get to an ad model, after all. Karp has been vocal about not really wanting to mess up Tumblr with ads. Just two years ago, he said the idea of ads on Tumblr “turns our stomachs.” Needless to say, he’s singing a different tune now. That’s fine, it’s pretty Zuckerbergian after all, but there are only so many companies (Google, Facebook) that can grow into large media businesses when its founders dislike the ad industry. It’s hard to build a company DNA that will do all the messy things needed to keep brands happy. It’s more difficult than it looks, certainly harder than it might appear.

The larger effect on the market by Tumblr’s moves could be more interesting. Assuming it continues down this path, it’s safe now to question the premise of industry ad standardization. Facebook, Twitter and Tumblr have all turned their backs on the standard ad packages hammered out through the Interactive Advertising Bureau in favor of native ad formats they feel better suit their user experiences. It stands to reason that as more platforms scale (Pinterest, perhaps), we’ll see even more moves to native formats. It also means even more ads. If Tumblr floods the market with ads — sorry, user-oriented promotions — that will put even more pressure on online ad rates.