True to form, sports publisher Minute Media has built its own SSP 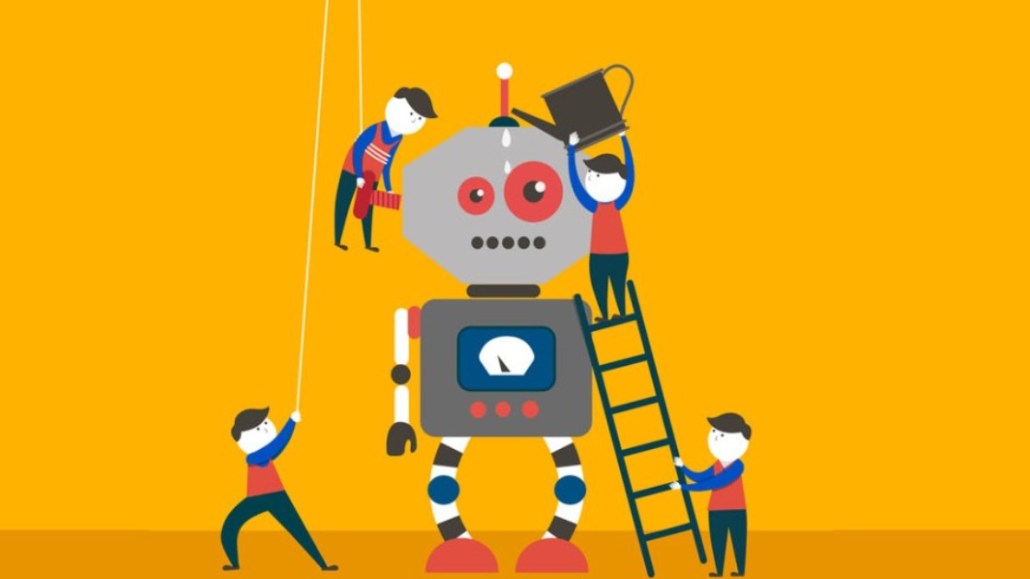 If imitation is the highest form of flattery then publisher Minute Media’s latest venture is a paean to ad tech. To be clear, it built its own. The sports publisher is now the proud owner of its own supply-side platform otherwise known as the marketplace advertisers go to buy ads on its sites.

Normally, this ad tech is owned by a third-party. Few publishers have the technical nous or commercial stamina to erect and sustain their own. There are, however, exceptions that believe those costs are worth it. To these publishers, the short-term pain of bringing an SSP to market is worth the long-term advantages it could yield. After hearing more about the plan, it’s safe to say Minute Media drinks from that same well.

Let’s start with the basics: Minute Media’s SSP is a programmatic marketplace for its own impressions (i.e. ads across its properties: The Players’ Tribune, 90min or DBLTAP) as well as other publishers. On that latter point, Minute Media really wants those publishers to see it as an upmarket version of a typical SSP. The more they do this, the more it can position itself as a marketplace for premium inventory. Minute Media is trying to create a premium publisher network via the SSP.

“We created the SSP so those publishers [that] can tap into those direct budgets via Prebid directly and circumvent any inefficiencies that we were seeing previously on a tag basis,” said Tom Webster, evp of global publisher platforms at Minute Media.

There’s a couple of things to unpack here: first, there’s Prebid. In short, it’s an open source alternative publishers can use to sell impressions in a way that doesn’t involve them being offered to one sales source at a time, also known as the “waterfall method.” That’s what Webster meant when he said the video inventory was sold “on a tag basis.” It’s inefficient because the bids happen in a daisy-chain sequence instead of simultaneously in real-time.

Confused? In the daisy-chain, the impression is sold whenever the publisher’s set price is met, irrespective ofwhether there could’ve been a higher bid later in the chain. Prebid avoids this issue by letting multiple advertisers bid on the same ad inventory nearly simultaneously. This way the publisher gets to sell its inventory to the highest bidder in an impartial manner.

It’s an important segway because Prebid is the backbone of how Minute Media’s SSP works; a way for it to assure publishers that no party is preferred — a statement that can be audited in an open codebase if needed. In fairness, Prebid on its own isn’t a great differentiator — not when most SSPs use it too. The real differentiator is the type of ad dollars that it makes accessible to publishers. As Webster explained: “This is simply about giving publishers a way to tap into the direct demand our sales team have access to.”

Put another way: Most SSPs will make impressions available to two sorts of advertisers: those who broker private deals to buy impressions from publishers, or those who want to buy impressions in a private auction that’s open to multiple buyers. Minute Media’s SSP gives publishers access to ad dollars it secured via sales teams in the U.K., Singapore, LATAM as well as across the U.S. in New York, Chicago, Detroit and Los Angeles. Those dollars are worth more to publishers, goes the thinking, because the sales teams have been able to negotiate better rates and larger commitments.

“We can trade against certain performance guarantees and things like that,” said Webster. “Premium supply is what’s being focused on as third-party addressability gets throttled. If you can provide that at scale, which we can, then you’re in a good place.”

Despite his upbeat outlook, Webster is all too aware of the long road ahead for an SSP that’s barely five months old. In fact, it’s only just come out of stealth mode where it’s been exclusively available to a handful of companies.

As of today, there are 65 publishers selling impressions via the SSP but there are only “somewhere between five to 10” demand-side platforms — the ad tech advertisers use to place programmatic bids — buying impressions directly from it, said Webster. He wants to “aggressively” grow that number before the end of the year, though did not say by exactly how many.

That’s easier said than done given advertisers want to work with fewer ad tech vendors not more. One way to get DSPs to buy into the plan is by giving them access to quality impressions— something Webster hopes to do as they secure more support by convince more publishers to sell more of their impressions through the SSP. For now, many of those companies are integrating with the SSP through the ad tech platform Bidswitch as a way to see what makes it so unique, whether through the data, tools or rates, without having to commit significant dollars.

It’s the programmatic equivalent of a chicken and egg scenario if ever there was one.

But there are reasons to be cheerful. Difficult as it is being a publisher at the best of times, let alone during an economic downturn, there are worse places to be right now than in sports. It’s basically recession proof. And with the start of the NFL season, not to mention the World Cup soccer tournament in November, there are going to be a lot of ad dollars to contest. Even more so for a business like Minute Media that has form in making ventures like an SSP a success. Indeed, tech is becoming a bigger component of Minute Media’s overall business. More than half of its revenue came from licensing tech in 2020, for example. In other words, this is a tried and tested business model for the business.

That said, there are no plans to go down the licensing route with the SSP — at least not yet.

“We’re going to focus on this project for now,” said Webster. “Maybe it happens somewhere along the line but there would certainly need to be a distinct point of difference for other publishers to do it.”

The reality of running an SSP is that the juice just isn’t worth the squeeze for many publishers. Look at Vox Media, for instance. An SSP only really made sense to that business because it’s a way to sell its own ad format as well as the inventory for a local network of publishers based in the U.S. Most publishers don’t share those same priorities.

“That’s why I believe that it might not be the right strategic choice for tier 1 publishers, which will be much better off joining a local (i.e. representing the top publishers in a given country) dedicated alliance like Ozone, TRUSTX, etc., where they will have direct control over technology and access to environment, and act accordingly,” said Alessandro De Zanche, founder of media consultancy ADZ Strategies.