‘Tis Better to Receive than to Give on Facebook 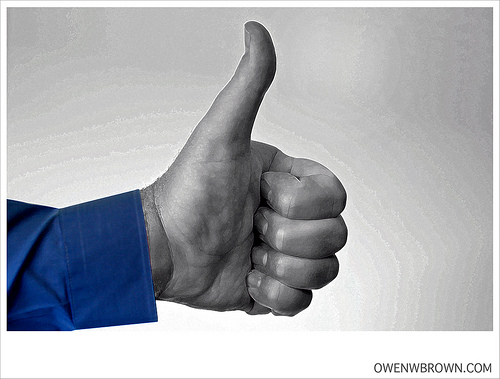 Using data from a total of 269 survey respondents who gave permission for Facebook to provide data on their usage along with data from telephone interviews conducted by Princeton Survey Research Associates International from Oct. 20 to Nov. 28, 2010, from a sample of 2,255 adults, age 18 and older, Pew’s study on “Why most Facebook users get more than they give” reports that Facebook users are more often the receivers of actions like friend requests, likes and comments than they are the givers.

Pew Internet found that over a one-month period, 40 percent of Facebook users in the sample set made a friend request, while 63 percent received at least one request. Users pressed the like button next to friends’ content an average of 14 times, but had their content “liked” an average of 20 times. Continuing this trend, users sent nine personal messages, but received 12. Twelve percent of users tagged a friend in a photo, but 35 percent were tagged by others in a photo.

The explanation for this trend of getting more than we give on Facebook is the existence of so-called “power users.” The study reports that a proportion of its Facebook participants – ranging between 20% and 30% of users (depending on the type of activity) were power users who performed certain Facebook activities at a much higher rate than the average user. It is because of these power users’ over-activity that the average Facebook user receives friend requests, likes and Facebook messages, is tagged in photos at a higher frequency than they contribute.