Fortune and Money part ways with CNNMoney at last 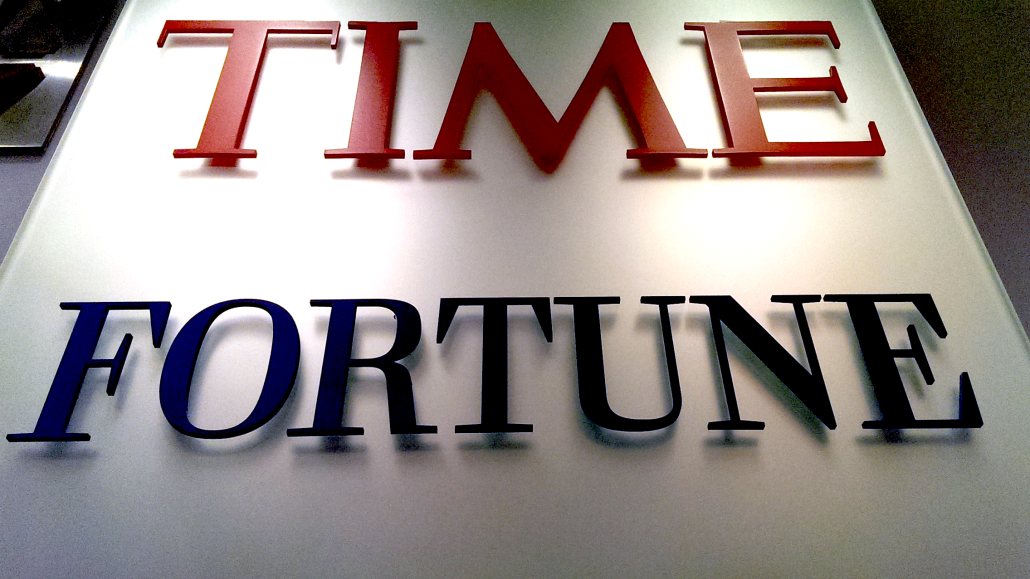 Fortune and Money, two of Time Inc.’s biggest properties, are finally getting their own websites — and an upped digital metabolism to boot.

The move is a long time coming. For the past eight years, the brands have fallen under the digital mantle of CNNMoney, a confusing brand combination that’s hamstrung the sites’ abilities to move fast and innovate digitally. Now, with Time Inc. plotting its spin-off from Time Warner, the company is giving its brands a much-needed digital push.

“Our brand was subordinated,” said Andy Serwer, managing editor of Fortune. “We didn’t have control over the interface. We couldn’t optimize Fortune for Fortune readers. The mission was a CNNMoney mission, not a Fortune mission.”

Beyond just the differences in mission, the Fortune and Money teams often had their share technical headaches to deal with as well. Working under CNNMoney meant using two different content management systems — one for publishing articles and another for adding them to the front page. In bringing all of its tech and design in-house, Time Inc. hopes to eliminate those sorts of basic technical headaches.

The new Fortune and Money sites, which are built off the same CMS and design as the recent Time.com relaunch, come as the sites have significantly boosted their editorial staffs. Fortune has made 24 hires in the last year in preparation for the new site, which will publish as many as 90 stories a day. Money’s seven new hires will boost its post count to 20 stories daily, which is about what it previously published in an entire month. Time.com, which is now posting 122 stories a day, doubled its output during the same time last year.

This focus on increased speed and scale makes sense. As evidenced by the rise of BuzzFeed, the digital publishing ecosystem rewards publishers that move fast and flood the Web with heaps of social-friendly content. Time Inc. is banking that, by bringing that model to its own portfolio of well-known brands, it can attract both big audiences and big advertising dollars.

Doing so won’t be easy. Fortune and Money, will find themselves in a very crowded business news market dominated by big sites like Yahoo Finance and Forbes, and increasingly populated by digital upstarts like Business Insider and Quartz.

Reach-wise, the brands sit in the middle. CNNMoney drew roughly 17 million unique visitors in April, according to comScore, That’s lower than competitors like Forbes and Yahoo Finance, which drew 27 million and 72 million unique visitors last month, respectively. Put another way, it won’t be easy for Fortune and Money to find their niches, particularly since both brands are building their digital presences from scratch.

Still, both sites have their advantages. Money will both get its own site and appear as a vertical on Time.com, giving it a steady stream of traffic. Fortune is betting that its stable of well-known journalists, popular franchises, and growing events business will give it the sort of brand and business advantages that few sites have.

Things seem to be going pretty strong so far, however. Jed Hartman, Time Inc. group publisher, said that Time Inc. has already sold out Fortune’s inventory for the first month. Early display advertisers include Oppenheimer Funds, Symantec, and Porsche, the latter of which will advertise alongside the new Fortune 500 landing page, which launched yesterday. On the native ad campaign side, is working with brands like Wells Fargo, GMC, and Siemens.

All of this is good news for Fortune and Money, both of which appear to have everything they need to stand on their own two legs.

“You want to be fully in control of your own destiny,” Serwer said. “You want to set the strategy and execute it, and that’s what we’re able to do right now.”