The Unexpected Demise of Great Brands 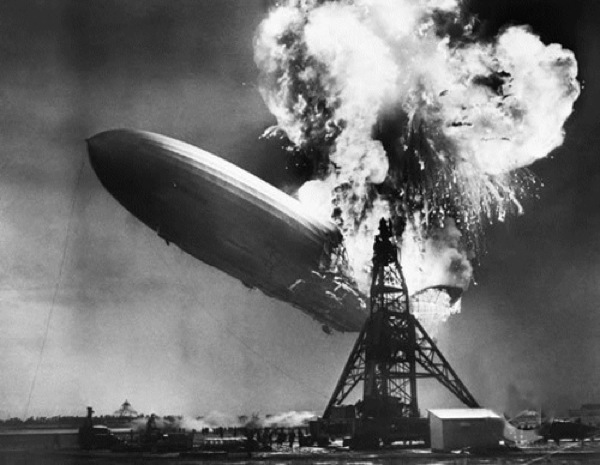 There’s a silent crisis going on. Some of the best and brightest of brands of a previous generation are dying off. These were world leaders like Kodak, Sears, Digital Equipment Corporation and Borders. Yes, some of these companies are still technically in business, but they are a shadow of their former selves and are, for all intents and purposes, zombie brands.

How did this happen? How could these leading brands, staffed with smart, diligent people, go from great to gone in less than a generation? These were not dot-bomb fantasies or Madoff-style Ponzi schemes. These were major companies with thousands of employees and significant revenues. And yet, in a relatively short time, they slipped off the precipice. DEC was the second-largest computer company in the world as recently as the mid-90s. Circuit City was a fixture on the landscape of many American towns.

The cause of death: the unexpected. Technological disruption is the equivalent of a meteor strike from outer space. The victims should have seen it coming but they were too busy looking at the competitor across the street to look at the flaming rock coming down out of the sky.

There are obviously nuances and specifics in each case; however, there are also commonalities. First, the doomed didn’t really understand their core value proposition. They woke up every morning and did things without understanding which of those activities were important to their consumers. As a result, their planning process only looked at linear projections of the future with marginal changes. IBM deserves huge credit for being willing to completely overall a huge and still profitable business in the 90s. It is almost unique in its willingness to do this.

The departed also focused almost exclusively on competitors that looked like them and approached the market the same way, the guys that they see in customer lobbies and at trade shows. Guys in blue suits could not imagine that businesses would trust their computing to kids in shorts and flip flops.

These blind spots come from constructing a future narrative that assumes consumers’ interests and decision-processes map precisely to the incumbents ‘ feature set. Yet time after time, consumers switched brands because a new competitor offered lower prices, more style, more convenience, better selection, etc. These companies almost always overestimated their customers’ loyalty. They thought they were getting an A, and, in reality, were getting a gentleman’s C. The new match for brands is that you’re only as good as the net difference between the consumers that love you and the consumers that hate you. The vast majority of lukewarm consumers are always in play, always open to a better offer from a competitor.

Finally, these companies listened too closely to their installed base. Current customers typically provide exceptional input on how to solve last year’s problems. I once took over a technology publication that was covering a lot of old, boring technologies while ignoring the hot new things. The editor was a smart guy and almost certainly knew this was not the way to grow the business. Over breakfast, he revealed that his comp plan was based on retaining his current subscribers (all users of old technologies), not attracting new readers. He was rational — he was managing his comp plan. It was the company’s backward focus that was the problem.

Companies trying to envision a radically different (and perhaps unlikely) future need to consider complex, non-linear possibilities. The planning process needs to ask the tough question: “What could put us out of business altogether?” They need to approach planning without assuming that the continued success of their business is a given. According to Michael Lewis’ book “The Big Short,” one of the reasons analysts were surprised by the housing collapse is that their models didn’t allow for the possibility that housing prices could ever drop.

Companies can’t become paralyzed, paranoid wrecks worrying about every horrible possibility. However, it is important to enable people to come forward with unpopular and perhaps heretical scenarios that could challenge the business.

In order to have an authentic strategic planning process, it’s essential that you consider your business’s version of a meteor strike. The expected only wounds you. The unexpected kills you.

Peter Horan is the executive chairman of Halogen Media and a longtime digital media executive. Follow him on Twitter at @peterchoran.