‘The system is very broken’: Coronavirus keyword blocking is symptomatic of a larger media malaise 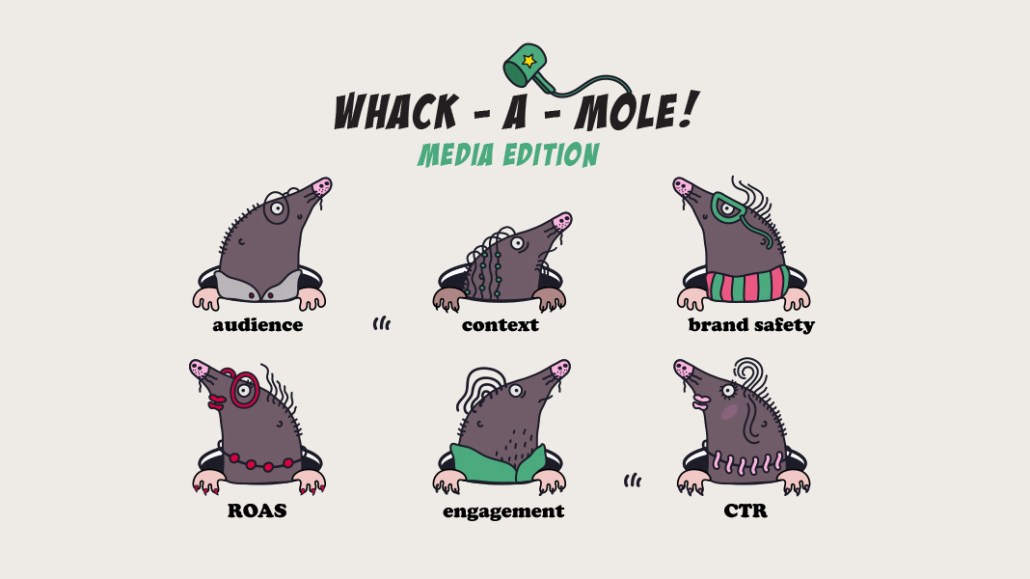 Such was the cinematic nature of the creative, De Groose decided it didn’t make sense for the ads to appear in football games and the “News at 10”  ad breaks — then the go-to destinations for beer advertisers wanting to reach large audiences of men on TV. Instead, the Stella team overhauled the media plan so the campaign would only be surrounded by movies on TV or in film magazines like Empire. Stella was the 23rd largest U.K. grocery brand in 1997 and grew to become the fifth largest by 1999, according to AC Nielsen data cited by Marketing Magazine.

“The whole campaign was based on context,” De Groose told me. “When people are watching film they’re in a different mindset.”

Coronavirus keyword blocking is a symptom of a much larger issue. In the shift toward audience-based digital ad buying and a procurement-forced incentive to grab as many impressions for as low CPMs as possible, context has been relegated down the list of priorities on the media plan. For many advertisers, all “reach” is treated equally. If they can’t get that high-earning New York Times subscriber on the Times’ homepage because it’s full to the brim with coronavirus stories, they can simply buy ads to reach that user on Google and Facebook instead (where apparently the adjacency issue doesn’t seem to apply.) Context becomes a nice-to-have when specific audiences can be found anywhere.

“Media planning is [about] who, what, when and where. The ‘where’ appeared to drop off the brief somehow.” Iain Jacob, former chief executive of Publicis Media EMEA told me. “I’m not blaming advertisers, but they may have inadvertently abdicated a responsibility which was initially a foundation of media planning.”

The notion of “ad misplacement” was alive and kicking long before the dawn of digital media. No airline would want their print ad next to a newspaper story about an airplane crash. But the 2017 Times of London “Big Brands Fund Terror” splash about YouTube ignited renewed concerns — and, of course, very public marketer hand-wringing. Brand safety became a lightning rod issue for the industry as news story after news story uncovered major advertiser ads next to questionable content all over the web. There was undeniably a “gambling in Casablanca” aspect to the outrage that on the internet ads could end up in all sorts of tawdry places. Advertisers reacted by building up content block lists of terms or categories to avoid — some of which run into the thousands — in fear that journalist screenshots of their ads could reach the boardroom. Few seriously rethought their overall ad strategies that prized “efficiency” (read: cheap) over quality.

Ironically, the news industry that worked to shine a light on this issue is now the one being knee-capped by it the most. It’s no surprise that exasperated publishers say the pendulum has swung too far in the direction of precaution when there’s little strong evidence that most news stories have a detrimental effect on the advertisers that appear alongside them.

GroupM is encouraging its clients not to block coronavirus keywords and advising that being careful about where advertising is scheduled on a news site can actually open up an enormous amount of additional inventory. On Apr. 20, GroupM surveyed 80 of its major advertiser clients and found that 92% were either using “refined semantic avoidance” — to only block negative, grim news such as deaths — or not blocking news at all. 28 of those advertisers had changed their avoidance strategies after receiving the agency’s advice, said GroupM evp of global brand safety John Montgomery.

“The value of quality is ultimately worth paying more,” said Montgomery.

With CFOs placing marketing budgets under the microscope as the coronavirus crisis grinds on, marketers are under more pressure than ever to reduce cost and drive immediate results. Meanwhile, resources at agencies too are more cash-strapped than the bygone era when they received 15% commissions for media. Montgomery recalled being given six weeks to put together a media plan for the Unilever account in South Africa back at the start of his career in media planning — a process that included interviewing newspaper editors about their editorial vision to see whether it chimed with any of the agency’s clients.

With the rise of digital, that process has become manifestly more complex, with faster turnaround times, driven by technology. Publishers also abdicated control of their own monetization in pursuit of ad dollars on the open marketplace. When technology is used as a blunt instrument, the only thing that can be expected is blunt results.