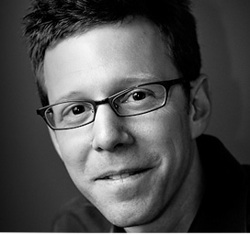 It’s safe to say we’ve reached the point of no return when it comes to people declaring the current startup situation unsustainable. Frothy valuations and cocky and naive entrepreneurs, all lubricated with gushers of venture capital, are making for an ugly picture, particularly in Silicon Valley. There’s the simple truth that even many “successful” startups are really failed companies (and products) that are bought by Silicon Valley giants Google and Facebook as part of their war for engineering talent. And then there’s the fact that having a startup is en vogue nowadays. Boulder-based venture capitalist Seth Levine of the Foundry takes this issue on directly in a post with the blunt headline, “I’m getting sick of the bullshit.” Tell us how you really feel, Seth.

I hear more and more stories about companies making a pitch to a VC and having an offer before they walk out of the room (entrepreneurs: do you really want to work with someone who puts so little thought into their investment process that they would do this?). And the way VCs talk about the companies they work with has clearly shifted to be substantially more VC centric (lots of use of “I” and taking credit for company success as something they themselves created rather than participated in or helped with). And, of course, much has been written about rising valuations and the potential risk this poses to particularly early stage companies. Not to mention the increasing popularity of the “party round” where many VCs participate but no one actually takes ownership (also not good for entrepreneurs, in my opinion). And it feels like a lot of this is for external show. I’m cool; I run a shit hot start-up; I saw [insert big name technorati here] at our company party last night. I’m in such and such company with [long list of other investors] and doesn’t that make me awesome. I’m awesome I’m awesome – look at me!! And not really about building great products or great businesses.