The Dodo’s YuJung Kim on diversifying reach beyond Facebook 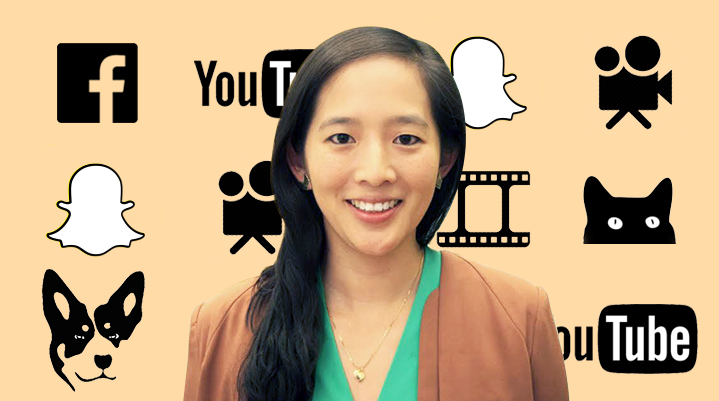 The Dodo, a digital media brand for animal lovers, emerged during the onset of the Facebook wave. In April, it garnered over a billion video views across social media platforms. Naturally, says the company’s president YuJung Kim, social media is in The Dodo’s DNA. In this landscape disrupted by video on platforms, Kim says The Dodo has succeeded in drawing a big audience on Facebook, but it has also raised the stakes.

“We’ve gotten precious with Facebook. We know what works. There isn’t that much room for experimentation on a platform where we have millions of video views,” Kim said. “But on a platform like YouTube where we have 60,000 followers, it’s a total green space where we can throw stuff against the wall. We’re belatedly diversifying into platforms like YouTube. It’s given us a new lease on life where we generally know what works. YouTube has its own idiosyncracies, so we’re learning backward.”

Kim joined Digiday editor-in-chief Brian Morrissey on the Digiday Podcast for an on-the-road episode from New Orleans. They discussed staying away from content commoditization on social media platforms, expanding The Dodo’s video arm and finding a white space as a brand.

Having a massive reach is important for a mission-driven brand.
“Our mission is to make people care more about animals. Impact is driven by reach. The more people see it, that’s a form of impact. So for us, being in the feed is great, and it checks the box of reach. But then when people share a video, they’re publicly aligning themselves with it. For a mission-driven brand, that engagement is the ultimate validation that we’re doing something right.”

The brand is building in a white space.
“There’s cute, and there’s substantive. They’re not mutually exclusive. Before we came along, they were mutually exclusive. You had the fluffy, cats-knocking-things-over content on one end of the spectrum. Then, you had very intense organizations kind of hitting people over the head with the guilt-inducing animal messages. There was this white space in the middle. We saw that as an opportunity to say our content can be entertaining but also substantive at the same time. It’s at that convergence where we’ve built our brand.”

The content space monetizes well.
“We want to be uplifting. There is so much about the animal space that can be sad. It does [monetize] in a way that news doesn’t. The second we get beyond the endemics — dog food, pet care — there is this open field where any brand that wants to be associated with feel-good emotions, you can find a way to plug it in.”

Sameness of content will lead to commoditization.
“The commodity content comes from the subscription services. You can just sign an agreement and gain access to a database of content. Chances are you have five competitors who are also subscribers of that service. It falls into a commodity bucket. But there’s another bucket where you find footage from your network, you get leads from somewhere, you have access to unique footage, that makes a video original versus a commodity.”

Facebook’s pivots are not an issue when you work with a strong storytelling core.
“We’ve built up a muscle on storytelling and not necessarily the length. We have a nimble team of producers. In the first month, we created 30 [90-second] videos, the next we created 50, and we have been ramping up since. It’s about having that storytelling expertise at the core.”

Video views are not the goal anymore.
“Video views were the be-all, end-all metric back then. All you had to do was capture the first 3 seconds, then the rest is history. That’s changed. In addition to that, this 90-second format came along. These two pressure points pushed publishers to find a way to retain audience for longer.”

Snapchat’s audience base continues to surprise.
“We just started a Discover channel. Every day when I look at the demographic breakdown, I’m surprised all over again. That 13-17 segment is so large. Just getting our heads around the fact that we’re reaching that many people is awesome. The best learning from Snapchat is that walking in, we thought that only fluffy stuff would perform well. But we found that when we started off with an advocacy-oriented tile, those were among our higher performers. So the young people do care.

https://digiday.com/?p=237794
Most Read
Trending in Publishing in the Platform Era
Digiday Top Stories