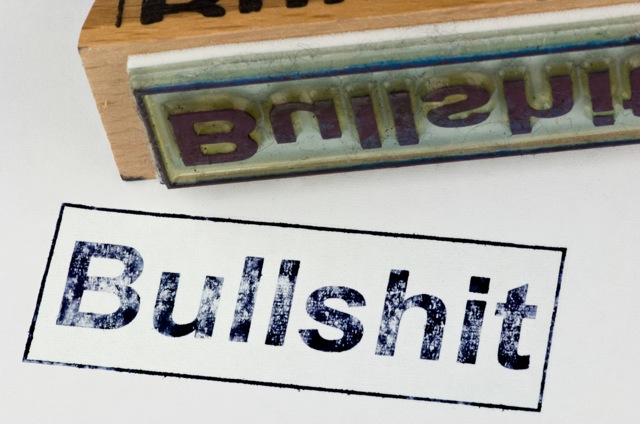 If you’re a social media guru, please take a deep breath before continuing. OK, here it goes: Marketer turned humorist B.J. Mendelson thinks you’re full of shit. That’s why he wrote his new book, “Social Media is Bullshit,” which was just released last week. Mendelson took time with Digiday to explain the ins and outs of what he calls the “asshole-based economy” and why he wants to weaken the overhyped power of social media.

Though you aren’t the first, calling out social media is still a bold move seeing as it is such a huge part life these days.
I think it’s important to separate the myths from the tools. Twitter, Facebook, places like Reddit: They’re not good or bad. The experience is different for everyone, and there are, in some cases, instances where you can use them for good and see some productive results. So the book wasn’t written to be contrarian or to be the “contrarian’s contrarian,” as Jeff Jarvis once said of Andrew Keen, but to clean up a mess. And the mess is the mythology. Because I know it’s surprising to some because it would seem so obviously wrong, but there are many people out there who believe the myths that all you need to do is use Twitter to make money, and that YouTube is the thing that will make you famous.

I do believe a lot of these platforms are oversold in what they can do on the marketing and business side of things, and that’s what the research in the book supports. If you want to use Twitter to write jokes like I do or to connect with friends and family on Facebook, that’s totally fine. But if you want to use it for your business, that’s where it starts to get a little murky, and in that murkiness lies danger for small businesses, artists and entrepreneurs.

Why does everyone buy into social media if it’s such bullshit?
You hear all sorts of stories about the latest “viral” hit, or about how someone has a hundred thousand Twitter followers, but it’s all very superficial. Nobody goes, “Well, how did that person get all those followers?” The “how” is critical to the story, but it’s rarely mentioned. Amanda Palmer is a great example of this. She had a successful Kickstarter campaign, and so media outlets were saying, “Look at what you can do with Kickstarter!” and “Amanda Palmer is proof it works!” But nobody mentioned that her husband is one of my favorite authors, Neil Gaiman, and that Amanda was the lead singer of the Dresden Dolls, which has a pretty large following. Those details got omitted from the story, and they’re very important because the Internet is great, if you’re rich, but if you’re like me and just a normal person, it’s a total crapshoot. Maybe you do get lucky. It’s entirely possible, but it’s highly unlikely.

Explain how the asshole-based economy works?
It’s one thing to package and sell information. I do it. You do it. In a knowledge-based economy, we all kind of do it.  That’s totally cool. But I draw the line with people packaging and selling bad and harmful information in an effort to further their own financial agenda. And this isn’t a new concept that some “experts” would take advantage of others for their own selfish gain. This is a concept that was first discussed in the first “Freakonomics” book where they referred to people doing this as “information asymmetry,” but I believe there’s an entire economy out there made up of marketers, cyber hipsters, analysts, the media and others who profit from this bad information. You can’t stop it, but you can put a dent in it, and as Dr. Harry Frankfurt, who wrote “On Bullshit,” pointed out to me, by humiliating the bullshitters and calling them out, you can make that bullshit ineffective. So by calling it “The Asshole-Based Economy” and calling out the different myths, I’m hoping to weaken the mythology of social media.

Are you totally against social media, or is there some value to it, in your opinion?
There are some great things you can do with these tools, absolutely, but I think we need to be realistic about their potential, too. I use Twitter to write jokes because I’m doing it to amuse myself. I have no delusions that I’m going to get noticed by the media and hired to write for “Parks & Rec.” I do it because it’s fun. And as long as you’re having fun, you can do whatever you want. The issue comes with the expectations, and I think in a bad economy we have to set realistic expectations so we can manage our time, money and other resources better. I don’t think that’s an unreasonable thing to ask. And a lot of this seems like common sense because it is, but the thing about common sense is that it’s not as common as you think, and I believe we have a moral obligation to help others who might not know any better to see the light. That’s why this book exists.

What is the biggest mistake brands make when it comes to social media?
Well, there’s Dell, which has flat out lied to people about its social media success, and that’s pretty serious especially when you’re a publicly traded company, and Pepsi is guilty of this, too. Since it’s made its big “social media” push, its brand status has sagged (it’s now the No. 3 beverage in America), but it tries to hide that by having the CEO talk about how many likes it has on Facebook. Well, if you have so many likes that you’re so proud of, how come those likes aren’t translating to an increase in sales? How can you claim success with something as shallow as likes when your sales are down? Can you honestly tell someone with a straight face that likes, coming from people who mostly already buy your stuff, is better than sales?

The biggest mistake is what goes on in marketing departments across America when the end of the fourth quarter rolls around. Large corporations give their marketing departments X amount of money, and if they don’t spend X, they’ll get less of it the following year. And so in order to not lose that money, and I’ve had multiple people tell me this who have been in these meetings, that money gets given to friends of friends or to things like “social media,” regardless of whether or not the stuff they’re selling actually works. You have a lot of big brands out there that spend money on this stuff not because they think it works, but because they had to spend their money on something to keep it for next year. That puts Ford’s social media guru, Scott Monty, in a whole new light, huh?

What do you say to the critics of your book?
Prove me wrong. Seriously. I went on CNBC, and I had a whole bunch of people calling me out and saying social media worked for them (all of whom, by the way, work as social media marketers), and I said “OK. Prove me wrong.” I’m the kind of guy who will admit when I’m wrong. But each time I’ve said “prove me wrong,” nobody has come forward with any proof to show that these tools aren’t overhyped, and most of the time (not always, but most) these tools are ineffective for small businesses, artists and entrepreneurs.

It doesn’t seem like social media is going anywhere anytime soon, so what are you hoping to achieve with the publication of this book? Are you just going to be pissed for a while until stuff changes?
The Internet and these platforms aren’t going anywhere, and that’s great. I don’t think we’ve seen what they can actually do, and a lot of that is because we’ve allowed The asshole-based economy to create such a mess surrounding them. So what I’m hoping to achieve with the publication of this book is to help start the process of cleaning that bullshit up. I’m not angry, and I’m not really pissed at anything. And to be clear: This isn’t my career. There’s not going to be another book on this stuff from me, and I don’t do consulting, workshops and other stuff like that. I may do some speaking dates between now and next September, but that’s only because I’m obligated to do so. Come next September, I’ll be completely out of that, too. So this book came from a good place, to help good people, and to help clean up an awful mess. And I know we may not clean it up entirely, but I think we’re doing a hell of a job starting that process.