The Banner Industrial Complex Under Threat 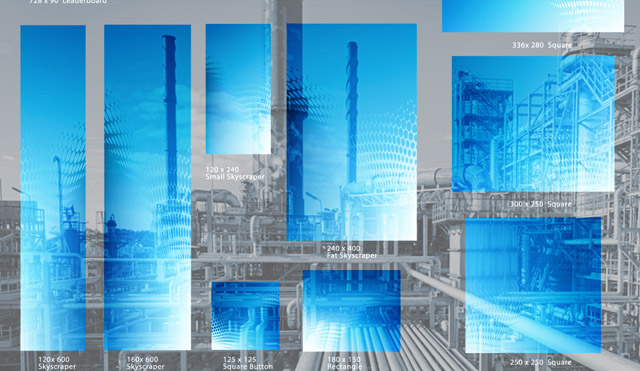 If you love the sight of Web pages packed with banner ads, take a good look and savor the moment; it may not last for long. Today, the unit is at its peak, ubiquitous and ugly, traded by the trillions, and propelling the indirect-sales ecosystem to record transaction numbers and sales while leaving the main constituents of the system — brands, agencies, publishers and consumers — unhappy. The backlash, it seems, has finally arrived. Parts of the industry are taking serious steps to de-emphasize the banner’s importance, signaling trouble not just for the unit but for the middlemen living off of it as well.

The quantity of simple display ads is under attack on a number of fronts: The implementation of viewability standards could eliminate up to 31 percent of total ad inventory, according to ComScore; the rise of native advertising and sponsored posts is already turning advertiser money and publisher real estate away from ads that get served; and publishers are starting to redesign their sites to attract more brand dollars and decrease their dependence on middlemen. All this spells trouble in the long term for those in the ecosystem feeding off inefficiencies brought about by volume.

“From a publisher’s standpoint, there really is no choice but to go this way,” said David Payne, Gannett’s chief digital officer, of the move away from the banner. “I think we’ve all proven over the last 12 years that the strategy we’ve been following — to create a lot of inventory and then sell it at 95 percent off to these middlemen every day — is not a long term strategy.”

Gannett has taken steps to live up to the ideal, redesigning USA Today in a way that dramatically reduced its inventory volume. Instead of fitting as many ads as possible around an article, it decided to place a single ad unit next to each of the site’s articles and package the content and ad together in a pop-out lightbox.

Payne said that the new site is already at well over a 100 percent effective CPM compared to the old one and that USA Today is hoping to lead the rest of the industry in the same direction. If that happens, Payne said, it would be a cause for concern for the arbitragers and second-tier ad networks rampant in the industry.

“If you’re one of the exchanges or the middlemen and the industry goes this way, you absolutely should be scared,” he said. “Ad tech companies that are helping in the ecosystem will be fine. I think the ones that won’t are those that have been arbitraging this really bad publisher behavior of just creating more and more inventory and devaluing the entire ecosystem.”

USA Today is not alone. Publishers, fed up with the system, are taking measures to either eliminate the banner outright or limit its importance to their business. BuzzFeed, for instance, runs no banners on its website, opting instead to make money through sponsored lists. The Atlantic, while not banner-free, embraced sponsored content to the point that it embarrassed itself last month when it ran an absurd Scientology advertorial. Andrew Sullivan, while critical of the sponsored content model, found his own way to eliminate banners when taking his site independent this month: He implemented a metered paywall that has already raised over $600,000.

“They don’t have a choice but to take it in-house,” said Mike Leo, former CEO of Operative. “The question is, are middlemen going to pivot in a way to provide the people that are being monetized value?”

And on the consumer side, the moves by Microsoft and Mozilla to restrict data collection are a direct threat to the system that depends on them for targeting. It’s a bigger problem in a multi-device world. There’s no mobile cookie yet. What’s more, consumers regularly tag mobile banners as highly annoying.

This trend is spreading across the industry. There’s a palpable sense that the banner ad system, which is on track to serve 5 trillion impressions this year, is not serving brands, agencies, publishers and consumers very well. Google is experimenting more with user-controlled ads in both video and mobile. Microsoft is now preaching the virtues of utility in advertising, for instance. Mark Jacobson, director of strategy at Microsoft, believes this is the direction the ad system must go — and that the notion of the more data collected the better is outdated.

“It’s about doing right by our consumers,” he said. “Sometimes that means putting consumers in the driver’s seat.”

At Yahoo, meanwhile, there is increased talk about focusing on the user experience. That was behind its decision to shut down the welcome page on Yahoo Mail — the ads that MediaOcean CEO Bill Wise called the best performing DR units in the industry — in order to speed it up.

“You can always put more ads on the page for short-term gain,” said Scott Burke, Yahoo’s svp for advertising and data platforms, “but you never win if that’s your strategy as a publisher.” He expects that these type of changes to put pressure on middlemen but that they would soon find ways to evolve and deal with that pressure. Burke suggested they might change their pricing model, the way they package inventory or move to greener pastures like mobile.

The decline in ad volume due to viewability standards may also cause harm to some middlemen feasting on garbage inventory. In a recent AdWeek article, for instance, investment bank Piper Jaffray estimated the amount of non-viewable inventory in ad exchanges like Google’s AdEx to be around 70 to 80 percent. When the industry rids itself of the non-viewable ads, it may well do away with the middlemen making their living on the selling of those ads as well.

Brian O’Kelley, CEO of AppNexus, noted that most of the indirect space is paid as a percent of revenue, not on volume, so fewer ads is not a concern. If publishers start selling fewer ads, he explained, there should still be a place for them in the indirect ecosystem as long as they’re standardized. “For anything that is a standard size, that actually doesn’t require a lot of work to actually physically deliver the ads,” he said. “Why wouldn’t that be available for a programmatic sale?”

Fair point, but if publishers cut the middle out like USA Today intends to do, the percentage of revenue on zero ads would end up being zero dollars.