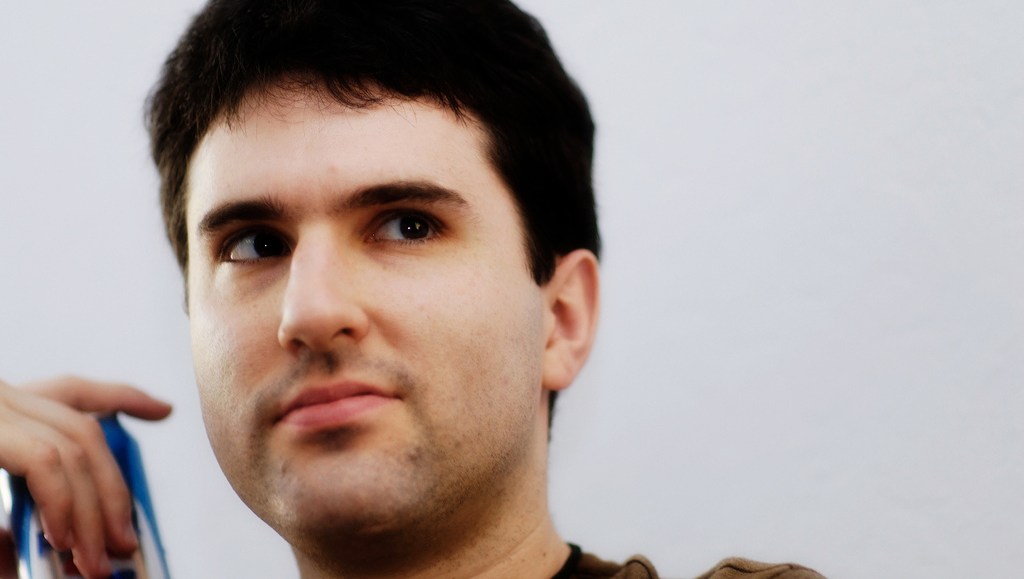 Gabe Rivera has a love-hate relationship with the tech media world. Known both for helming curation site Techmeme and for his often sarcastic Twitter personality, Rivera is knee-deep in the cut-throat Silicon Valley media echo chamber, which is becoming more crowded by the day. That love-hate relationship is shared by tech reporters, bloggers and pundits, who jostle daily for the attention, and Rivera and Techmeme’s team of editors.

Rivera spoke to Digiday about the state of tech media, Techmeme’s crusade to crush clickbait, and why he’s not optimistic about the Dan Lyons’ era at Valleywag.

You get into a lot of Twitter fights. What’s the deal there?
All those “fights” are easy and fun. Are they strategic? I’m not straining in any way to stir things up, nor am I insincere in any of my non-sarcastic remarks. But I guess these fights do align nicely with what we do. At Techmeme and Mediagazer, we’re forced to sort through a lot of material, and finding people to call out extends naturally from that work. At the same time, our visibility leads to people taking shots at us, and occasionally it makes sense to respond combatively.

The list of tech sites gets longer each day, but a lot of them seem to be doing the same thing. Are you optimistic about the industry?
There’s a lot to be optimistic about. There’s never been a better time for readers wanting to keep up with what’s happening in the industry. A big reason for that is, of course, all the new news organizations that now have resources to report. But another factor is all the writing outside the confines of “journalism”: commentary on blogs, Twitter, Facebook, etc., from analysts and participants in the industry. You actually need to take that into account in addition to the “journalism” to get the most complete pictures of what’s happening (which is precisely why it’s Techmeme’s job to summarize all that in one page).

But there also lots of reasons to be pessimistic as well.
On the down side are a lot of things you’ve heard already. Like the pervasiveness of churnalism, and how writers at news publications aren’t nearly as knowledgeable as they should be to cover their beat. These are real problems, but hard to counter given the tight supply of good writers. Another problem: lying by omission, hyperbole and other forms of intellectual dishonesty are creeping into more tech reporting.

Is that a digital media problem or a tech reporting problem?
Intellectual dishonesty has plagued media even in the decades and centuries before digital, but I think it’s seen a big increase in tech reporting in just the last couple of years. As more reporters and commentators turn their attention to the flourishing tech industry, an increasing number are relying on bogus arguments to cut through the din.

So it’s a bunch of people not really knowing what they’re talking about?
In my view, the biggest problem is something actually rarely articulated, which is: Most of the people who can offer key insights for understanding the industry are not incentivized to write, so a lot of crucial knowledge just never appears online. It’s just passed along to certain privileged people in the know.

Another big issue these days is clickbait. Techmeme started to counter clickbaity headlines by rewriting them with more straightforward alternatives. How’s that working out?
Headlines on most new sites are intended to get you to click and, therefore, omit key details that could easily have been included. Our headlines are designed to save you a click, unless you’re interested in reading the full story. One funny consequence of this is that if we’re doing a good job, we should actually see fewer click-throughs to stories. Another consequence is our front page can summarize the day’s news far better than a homepage full of “curiosity gap” headlines.

So who is actually doing things right?
I think several publications are essential and, at their best, do great work. Techmeme would be in really bad shape without the top 10 to 15 publications, [like TechCrunch and The Verge]. This isn’t to say their stories are uniformly great. A fair portion of the stories on most of these sites are unexceptional or undifferentiated write-ups of news. But taken as whole, they’re irreplaceable publications.

You tweeted a few days ago that you’re “guardedly optimistic” about the things Nick Denton and Ev Williams have said about quality over pageviews. Why “guardedly”?
In the case of Gawker, skepticism is in order because the company was built around attracting the sort of traffic that management is only now downgrading. Meanwhile, the new push to publish posts “worthy of that attention” comes at a time when many well-funded competing companies are also aiming for precisely that.

On Gawker: Where does Valleywag fit in these days? Ex-editor Sam Biddle was known for being shamelessly brutal in his critiques, but things seem to be going in a very different direction now with Dan Lyons.
I think Valleywag as a concept will always have a place in tech media. As booming tech companies continue to vacuum up more dollars and more of our data, our need for watchdogs only expands, and an outfit as independent as Gawker is well positioned to play a role. In practice though, Valleywag only occasionally lived up to that promise. It’s hard to expose serious wrongdoing day in and day out without a deep and wide network of sources. And so Valleywag fare were more typically formulaic screeds with an anti-market bent, or even willful misinterpretations of events. All signs point to Dan Lyons doing a poor job at Valleywag, which won’t surprise anyone actually familiar with his output in recent years. Whether or not he’s more or less brutal, it looks like he’ll be less insightful and less prolific.

Silicon Valley and the venture capital culture still feel like a foreign thing to most people. What do you think of all of the money flowing into media these days?
Zooming out, it looks smart, because shouldn’t the value of the attention of readers and viewers in the digital era rival (and ultimately exceed) its pre-Internet value? Of course, scrutinizing individual companies, you can find all sorts of reasons to second-guess these investments, but then again, venture capitalists always deal in risk.