The state of tablets in 5 charts 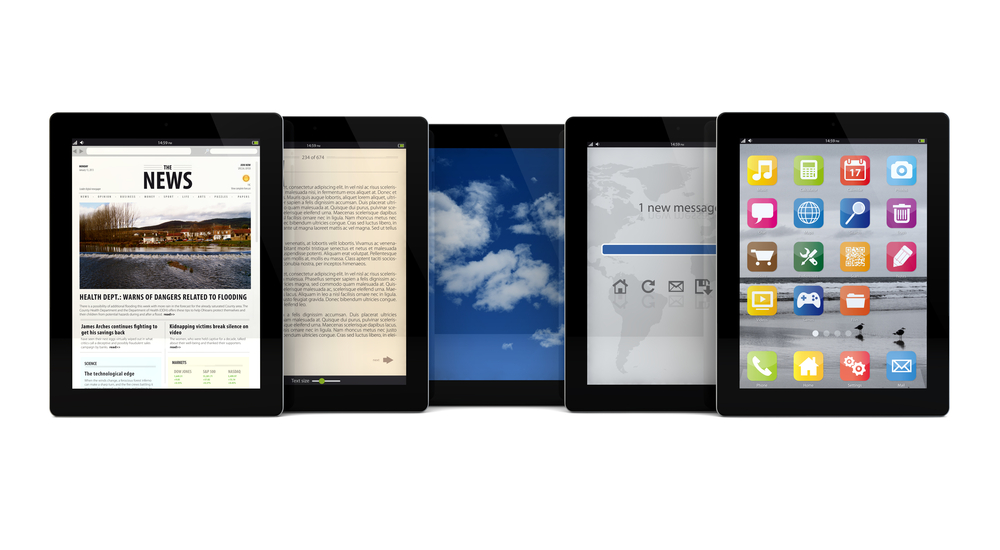 Four years since Apple introduced the iPad and launched the tablet craze, the U.S. tablet market is maturing. In that short time, tablets have become not only the new entertainment go-to, encroaching on the TV set’s dominance, but they are threatening to supplant the PC as these portable devices become shopping and productivity aids. Here are five charts that put it all into perspective:

Shipments of tablets worldwide is forecast to grow 38.6 percent to more than 349 million units in 2014 as mobile-first adoption catches on, according to Gartner research. By 2015, tablet sales are forecast to overtake those of PCs, whose sales will have declined 6.6 percent in 2014.

Put another way, nearly half of American adults will use a tablet this year, according to the Pew Research Center, up from just 3 percent in the year of the iPad’s debut.

Tablets are a big part of consumers’ shift to mobile. In four years, time spent on tablets has nearly caught up to that on smartphones, as people’s digital diets shift from PCs and laptops in favor of smaller screens, according to eMarketer. The chart below shows that while total online time (meaning all time spent on Internet and desktop activities) declined slightly from 2011 to 2013, time spent on mobile devices crept up.

Smartphones are for browsing, tablets are for buying: There are twice as many smartphone owners as tablet owners, but tablets are the preferred device when it comes to mobile e-commerce. According to Forrester, mobile commerce on smartphones will total about $38 billion in the U.S. in 2014. Consumers on tablets will spend another $76 billion, the vast majority spent on retail and daily deals, the remainder on food and travel services.

The percentage of mobile owners who are actually buying products on those devices isn’t huge (38 percent of smartphone owners and 31 percent in the case of tablet owners), but Forrester expects those figures to grow to 55 percent and 61 percent, respectively, by 2018. Smartphones are more likely to be used to look up stores and check prices, while buying items and writing reviews are more common activities on tablets.

Tablets are becoming a big video-watching device, which speaks to their influence. The time that adults spend watching video on tablets is growing faster than on any other device, according to eMarketer. In 2014, 77 percent of all tablet users will use their devices to watch video at least once a month, a figure that will grow to 87 percent by 2018. The percentage of smartphone users, by comparison, is only expected to reach 60 percent by 2018.