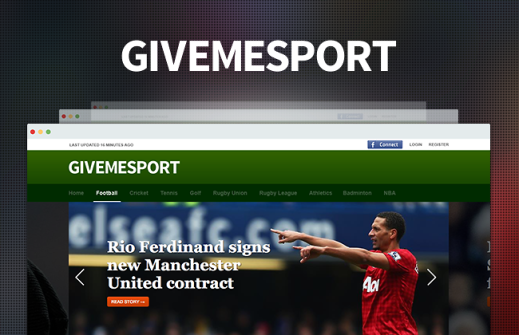 There is no shortage of coverage of British sports generally — and soccer specifically. But two new startups are taking on the U.K. media establishment to cater to fans’ insatiable appetite and, in the process, are offering PR and marketing services to brands and athletes.

One is a U.S. company, which just launched in the U.K. with funding from athletes like Derek Jeter and Payton Manning, while the other is native to the U.K. and is funded by sports talent agency IMG. Both rely on user-generated content and social networks for traffic, and both make their money producing content for brands and athletes. Neither company gets too bogged down by the transparency of labeling their sponsored fare differently from editorial, either.

Whether you call them sports ‘platishers,’ content distribution networks or agencies, here’s how these two digital upstarts plan to bring brands, athletes and soccer fans together online.

The Whistle Sports Network
The Whistle is an American network of video producers and bloggers on YouTube which launched in response to what the founders say is a disconnect between TV-centric sports coverage and the digital habits of young fans. Young people are no longer interested in watching TV pundits in ties sitting behind a desk talking about the match, they say.

Since its launch in January, The Whistle may have proven that theory right. So far, it has signed up 156 YouTube channels, with a combined audience of 6.8 million subscribers on YouTube and boasts 1 billion pageviews. It hopes that branded content like this, which features pro Ultimate Frisbee player Brodie Smith and is funded by Subaru, will become a template for its brand campaigns around English football. Same for channels like Dude Perfect, which is sponsored by Gillette. Early sign-ups to its new U.K. network include the football-skills channel STRskillSchool.

Former head of soccer at YouTube (yes, that’s a real position) and newly appointed svp of content partnerships and distribution for Europe, Middle East and Africa, Jeffery Nathenson explained that they intend to make this work not just with brands but athletes too.

“We think there’s an opportunity to create new types of identities for athletes, for example, those in track and field. They enter the limelight every four years at the Olympics but have incredible interest stories to tell and could potentially attract interest all year round,” said Nathenson.

Stars are brands too, after all.

Give Me Sport
Give Me Sport’s approach is to mix its PR, marketing services and sports journalism together. Its business pivoted from a software solution that managed athletes’ social channels to a media company which monetizes through print and display advertising and through PR services for brands and athletes, using their own channels and GiveMeSport.com. It uses its links with players and agents through social media consultancy Sports New Media to help break stories for sport-obsessed fans on GiveMeSport.com, effectively blurring the lines between church and state.

This interview with former England football captain Rio Ferdinand about his move from Manchester United to QPR, for example, does not disclose his relationship with parent company Sports New Media Limited. Neither do stories about current England captain Wayne Rooney or England cricket captain Alastair Cook, both clients of Sports New Media. The same goes for Give Me Sport Magazine‘s latest cover star, England rugby union player Danny Cipriani, who went on to become a client of the company after publication.

Founder Jae Chalfin is comfortable with these links to athletes going undisclosed. “Usually our relationships start with the agent and develop with the athletes,” he said. “In my view, it’s no different from the way agents feed stories about their players to favored journalists at national newspapers.” The approach has brought the site 164 percent growth in last three months and strong traffic numbers, according to Alexa.com. Give Me Sport also has 480,000 likes on Facebook.

Ethical debates aside, these companies have the potential to fill a niche in a rapidly expanding market for digital sports content, according to Aditya Kishore, principal analyst at Diametric Analysis. “The key question for these companies, however, is whether they can add enough incremental value with their distribution channels and specialist knowledge of YouTube or Facebook to justify their cut,” he said.