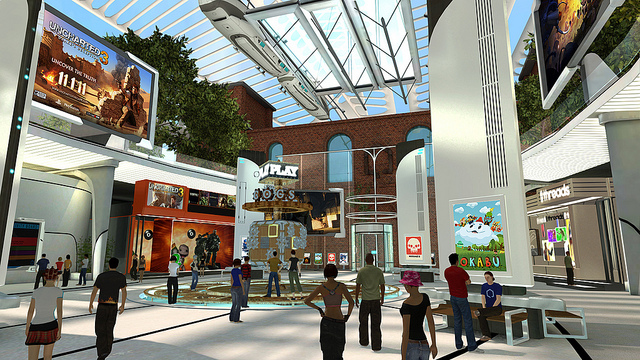 When Sony unveiled PlayStation Home in 2008, virtual worlds were hot. CNN and Reuters had opened bureaus in Second Life, kids were clamoring to online playgrounds like Club Penguin and there were several experts predicted that 2D social networks like Facebook would soon become irrelevant, as the U.S. edged toward becoming avatar-nation.

The virtual world hype soon fizzled. And gamers greeted Home, where people across the globe could create avatars, build virtual pads and interact with people from across the globe, with either derision or indifference. Advertisers mostly ignored Home, while falling hard for Xbox and its array of ad products.

But Sony believes it may have turned the corner with Home with users and advertisers — and it can provide fairly compelling data to back that up. Home now has 25 million users worldwide, and their average session duration is a whopping 70 minutes. How many of those users are active? Sony doesn’t say. “The audience has steadily increased over time,” said said Jack Buser, director of PlayStation Home. “We’re seeing some serious engagement.”

Home now features over 200 original games. In November it underwent a complete redesign centered on organizing those games around themes like adventure, sports and casual. In the design process, the company actually consulted with experts from theme parks like Disney World.

That’s a world away from the original vision for Home of a virtual playground. In fact the company refers to the product as a social network, never using the phrase virtual world. “In the early months of Home we saw trends emerge,” said Buser. “What would draw gamers together, but games? We’ve seen this play out in a lot of social networks. Games are the killer app. Everybody learned this, and in hindsight it’s easy to see that Home should be about games. So we saw the trend and realized we needed to build as many games as possible.”

Including several for brands. Initially Home mostly saw advertising from core entertainment brands, such as TV networks, movie studios and of course game companies. But more recently Sony’s been able to attract the likes of Progressive Insurance, Toyota Scion and Axe Body Spray.

Home offers advertisers basic ad placements, like virtual signage and video ads. But the best way to approach Home is to build something custom which provides value to users, said Buser. For example, Ford has built a virtual showroom which has generated 3.2 million engagements to date. Axe has run video ads which provide Home users with virtual rewards for answering questions about those videos (overall brands have given out 11 million virtual items in Home to date).

“Advertisers have learned that they’re no better way to connect with this hard-to-reach demographic. And we’re looking for stuff that brings value to gamers, and gives advertisers total brand immersion,” said Buser. Red Bull, Buser argues, has built a tremendous amount of loyalty with its virtual games, which are at no cost to users.

Another ad tactic Home has been testing, mostly for game advertisers, is what the company calls TGIs, or total game integrations. With TGIs, users can unlock exclusive content within video games by performing some sort of ad interaction on Home. They can even purchase some games on the network.

Beyond games, Sony is also pushing Home as a social media consumption environment. Buser said Home now has 35 partners, including Netflix and Vudu, which allow users to gather virtually in the Home environment to watch movies and TV shows.

Still, Home has major challenges ahead of itself, on the user and ad front. It’s not hard to find Home detractors on the message boards of major gaming sites. “I don’t know anyone who uses it,” said veteran gaming journalist Leigh Alexander. “Any gamer I talk to says, ‘are they still doing Home? Is that still on?’ It has never become a mainstream hit they’d hoped. I don’t know if they know who the audience is.”

And among advertisers, Home is still low on the list of priorities. “Every advertiser wants to talk about gaming in some way,” explained Brandon Berger, chief digital officer at Ogilvy. “But they’re not really asking about Home. For a media planner it’s hard to wrap your head around. With Xbox, it’s a media console you log onto every time you play Madden. But with Home, it’s just so niche. I’ve always questioned it.”