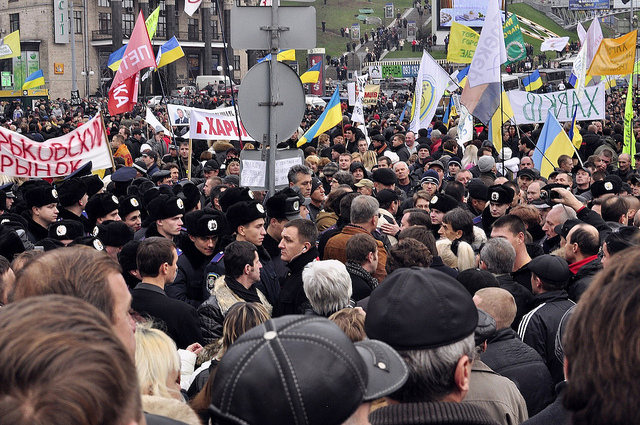 It seems that every week, every day even, there is a new social/political/cultural cause taking the Web by viral storm. (See Kony 2012.) It can be exhausting trying to keep up with the issue du jour that everyone is taking a stand for or against, especially when “taking a stand” these days means merely clicking a like button or tweeting a link much as you would tweet about a new restaurant you like or a movie you hate. It all seems to blend into an inconsequential blur, what David Carr calls “favoriting fatigue” in his latest piece in the New York Times. As I have written about before, social media has watered down activism in some ways, as Carr points out. However, while social media activist efforts can sometimes be flakey and ineffective, they often do result in positive, important changes:

That outcome — a very traditional organization responding with an open mind to a netroots outcry — made me think again about my own cynicism about Web activism. Many of the folks who made the unpopular decision at Komen are gone and the policy has been amended. Trayvon Martin’s death is under investigation and the president is now weighing in directly. And who knows, perhaps the Web-enabled sunlight on Joseph Kony will end with him being brought to justice, finally. Sure, hashtags come and go, and the so-called weak ties of digital movements are no match for real world engagement. But they are not only better than nothing, they probably make the world, the one beyond the keyboard, a better place.

Read the full article “Hashtag Activism, and its Limits” here.