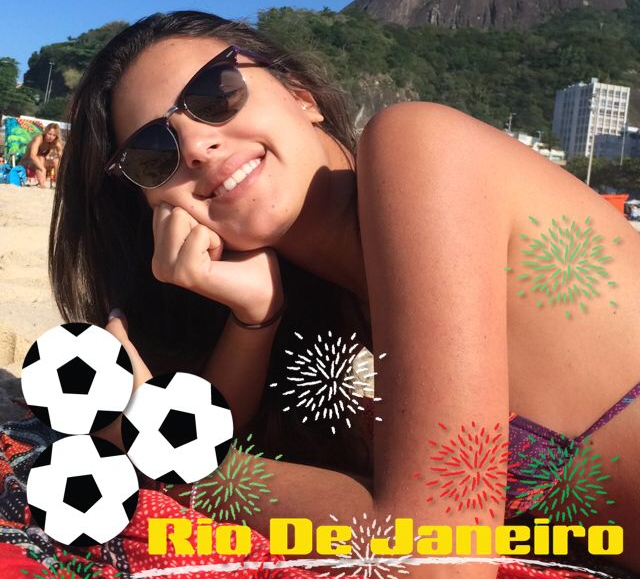 While ABC aired the World Cup final match on Sunday, Snapchat was providing its users with an exclusive fan’s-eye view of the action in Rio by curating snaps users sent in from the match.

The platform launched Rio Live yesterday, a feature that showcased the app’s media distribution capabilities, thus illustrating the app’s potential to become something more than just a messaging utility. The dozens of snaps were sent before, throughout and after the game, tracing the arc from pregame anticipation to in-game action and ensuing celebration. The images came from Snapchat users in Rio who sent the snaps to the Rio Live account.

Snapchat users received a series of snaps from Rio Live during the World Cup Final despite not having added the account to their lists of contacts. The account sent them a barrage of unsolicited messages — still photos and videos — taken by users attending the Germany-Argentina game or enjoying the action elsewhere in Rio. 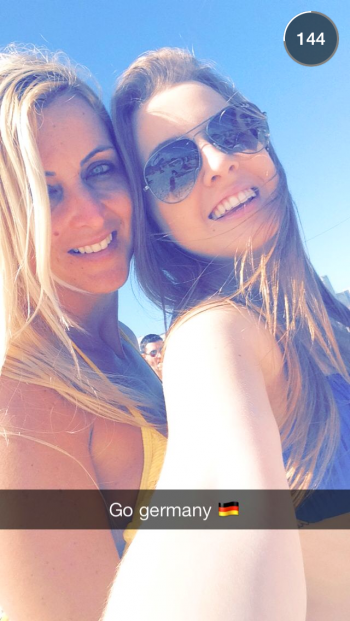 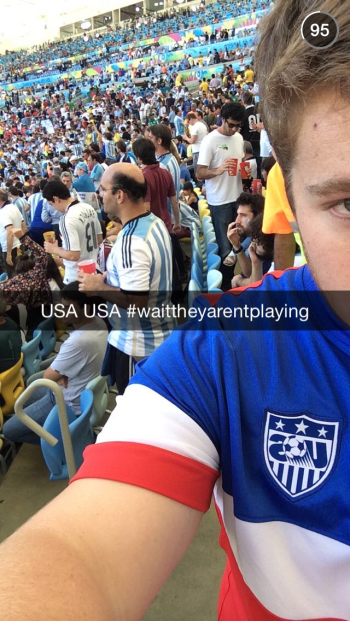 By crowd-sourcing snaps to supplement a live event, Snapchat is effectively emulating how Twitter positions itself as a destination for real-time analysis (and jokes) of whatever is happening on TV. But Rio Live differed in that Snapchat itself was curating what users would see, whereas Twitter users see updates from people they’ve already chosen to follow. And unlike Twitter, which is predominantly text-based, Snapchat’s second-screen experiment was entirely image-based.

Snapchat has experimented with message blasts before, sending happy holiday animations to its users on the 4th of July this year, for instance. The live story feature was first experimented with earlier this summer when Snapchat curated snaps taken during the Electric Daisy Carnival, an electronic music festival.

But not all were happy to be spammed with people’s firsthand accounts of the pageantry. For some, Rio Live’s message subverted the intimacy integral to Snapchat’s appeal. Typically, Snapchat users are only able to send messages to one another if both parties add each other to their respective contact lists, meaning both users have opt-in to receiving messages from each other. Rio Live indiscriminately blasted messages to users, however, some of whom complained about the images on Twitter.

If I wanted Rio Live I’d have added it, life is too short to watch a 248 sec snapchat story

That Rio Live thing on snapchat was actually really cool!

Snapchat, which did not return calls as of this writing, has yet to bring advertisers onto its platform, so its unclear whether brands will be able to blast messages in the same manner. If the history of other platforms is any indication, however, these new features could eventually become ad units. For now, though, Snapchat is remaining ad-free.

Perhaps most importantly, Snapchat is showing glimpses of how it can evolve from a single-use app into a powerful media delivery vehicle. After all, Snapchat’s popularity has exploded over the past year, with its number on monthly U.S. uniques more than doubling from more than 10.5 million in June 2013 to 26.8 million last month, according to comScore.

Jeff Malmad, mobile director at media agency Mindshare, said Snapchat has so far rebuffed the agency’s attempts to run ads on the platform.

“We’ve spoken to them about opportunities,” he said. “There’s a desire to do more with them, but there’s not anything there yet [advertising-wise].”