Sign of what’s to come: Amazon is benefiting from the holiday ad rush 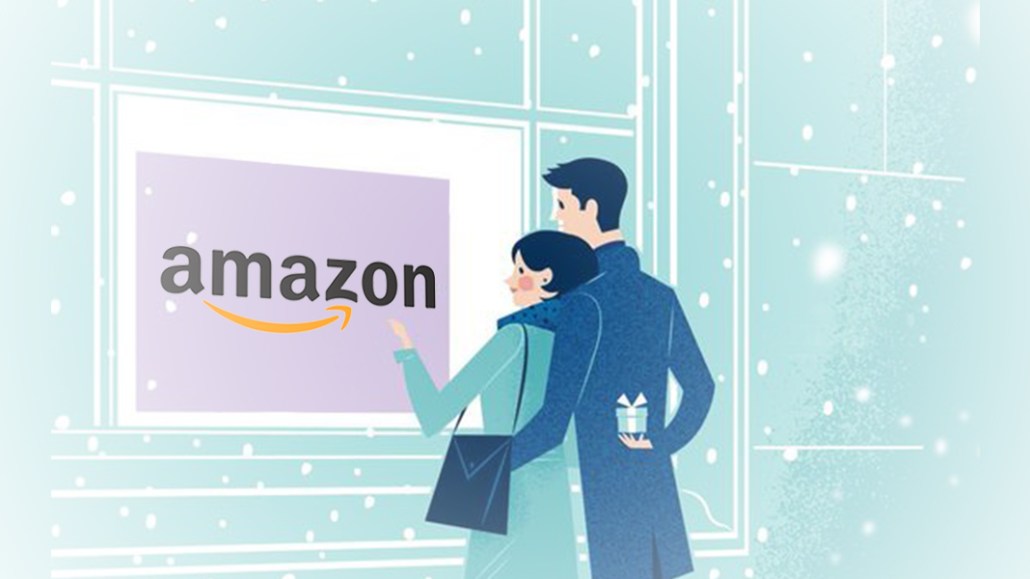 Consumers aren’t the only ones getting caught up in the Christmas rush on Amazon. Brands are also spending more on the site during the holidays.

Agencies Possible and Crealytics alongside technology platform Kenshoo have all seen a rise in media spend going to Amazon Marketing Services, the self-serve pay-per-click performance marketing arm of the retailer, in December. As Stéphane Bérubé, L’Oréal’s CMO for Western Europe, explained: “Amazon was a retailer but is now also a platform.”

Amazon has stoked that interest over the last 12 months by making it as easy to buy ads on the site as a book. The online behemoth has encouraged brands to buy its sponsored product, headline search and product display ads without going through a salesperson, according to Tod Harrick, vp of product at Marketplace Ignition, the Amazon-focused division at Possible.

Brands have been able to buy self-serve ads on Amazon since 2014, but it was never a core part of its pitch until this year, when the retailer expanded the scope of what brands could do themselves. Features such as live support for Amazon’s Lightning Deals and Deal of the Day ads — both staples of many successful Cyber Week campaigns in 2016, according to Harrick — were moved to self-serve ahead of this year’s holiday season. “This year, Amazon has really pushed advertising to self-service platforms as much as possible, and control of Black Friday advertising really aligned with that,” said Harrick.

Compared to Google, there is less competition for paid ads on Amazon. Still, advertisers such as sports nutrition business The Winning Combination already see the cost per click on Amazon rising as competition gets fiercer and, therefore, cost of traffic is cheaper. Around Christmas, when millions of shoppers are rushing to buy products on a site that already dominates product searches online, Amazon is increasingly where advertisers want to see how much incremental uplift they can generate.

Consequently, bidding on keywords during the holidays has become “far more competitive,” said Drew Eidsvig, key account manager at The Winning Combination. During peak holiday seasons like Christmas, it is not uncommon for advertisers to raise budget caps by 150 to 350 percent, according to Amazon’s newsletter that is sent regularly to sellers, Eidsvig said. Increased spending on self-serve has been the “most noticeable difference” for The Winning Combination on Amazon during 2017’s holiday season compared to last year’s, added Eidsvig.

In September, Kenshoo let advertisers use its own platform to manage their campaigns on Amazon. Since the move, the search marketing specialist has seen an upturn in spend on the site, spurred by advertisers trying to drive awareness during the holidays as well as exploit the spike in sales on Amazon, said Oren Stern, gm at Kenshoo. The return on ad spend on Amazon’s ads has been “very good,” said Stern. “We are seeing a growing interest across the board to advertise significantly on Amazon Marketing Services. Drivers for that include the need for improved brand visibility, competitive positioning and, last but not least, solid return on ad-spend results in the channel,” he added.

The biggest change to advertising on Amazon this holiday period compared to last year’s stems from the design of the site rather than its services, according to performance marketing specialist Crealytics. Amazon discontinued product ads on its right rail in October and started weaving sponsored product ads more seamlessly into its organic product listings. This way, Amazon has almost unlimited space to further extend the exposure of sponsored product ads, said Andreas Reiffen, CEO at Crealytics. “We expect the new ad format to get much more volume over the course of 2018,” he added.

Increased interest in sponsored products is just the start for Amazon’s ad business next year. WPP, Omnicom and Publicis — three of the world’s largest ad firms — will collectively spend around $800 million on Amazon in 2018, according to agency executives, per The Wall Street Journal. Big brands are also planning to do more on the platform, as Bérubé can attest: “We could decide to advertise on Amazon without necessarily having an objective of sales conversions because the eyeballs are there, and if I can get the right ad at the right price to my consumer, then why would I not invest in Amazon?”

Yet Amazon must address problems before it can grow faster. Compared to Google AdWords, Amazon’s ad platform is still “quite immature” and “cumbersome to handle,” according to one executive who spoke to Digiday on condition of anonymity. “Optimization work still requires a fair amount of manual effort,” said this executive.