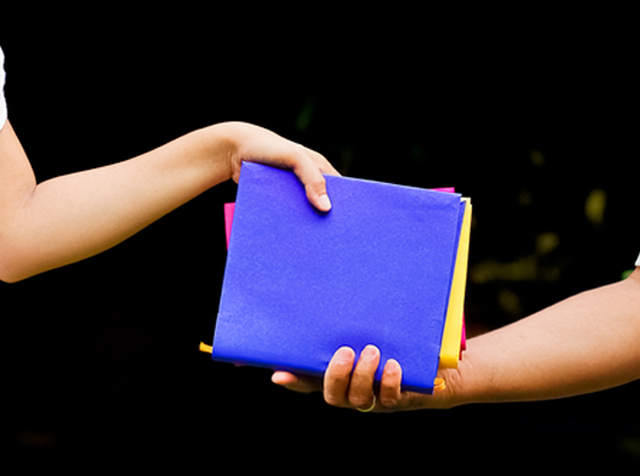 Syndication has long been a revenue tool for publishers. The modern twist is that it’s not just other publishers that want the content; it’s brands.

Top-line publishers like The Guardian, Washington Post and Chicago Tribune are funneling their content off to brands like Pepsi, Johnson and Johnson and Zurich Insurance, collecting fees for their trouble. The moves make sense. After all, brands are hungry for content; publishers … well, we all know that story.

Brands large and small have been getting syndicated content to provide audiences with relevant information. The American Public University System, which is made up of two accredited online universities, American Public University and American Military University, licenses content from Forbes, Reuters and Kiplinger’s, among others. Articles like this Forbes piece about year-end performance reviews are then distributed to its 100,000 students across different channels, most notably its newsletters and blogs.

“Newsletters have the university name in it, and the great content keeps the university in good company,” said Dan Soschin, associate vp of integrated marketing at APUS. “The end result is gaining more brand awareness about the university and put into new markets.”

The big draw, however, for publishers is the money. NewsCred, which started in 2008, is a top matchmaker for brands and publishers. It claims that publishers can take in hundreds of thousands of dollars, and by the end of next year, some will rake in more than $1 million in revenue through syndication to brands.

“An insurance brand will come to us and say, ‘I need content about health care risk management for small business,'” said Shafqat Islam, the company’s CEO. “It’s a very niche topic, and it’s our job to package and create that curated feed, which could be from hundreds of sources.”

Publishers, like ABC News Radio, see which way the wind is blowing. They understand that brands need high quality but also know that as a media company, they face challenges. “It would be too difficult for us to manage multiple relationships or know where opportunities in the marketplace would be for us,” said Steve Jones, vp and GM of ABC News Radio. “The easy solution is to go to NewsCred to better represent us in the marketplace and package content in a way to be valued.”

There is, of course, the awkward appearance factor of a publisher appearing on brand websites. The money, also, isn’t going to save the news industry. It’s firmly in the incremental bucket for major publishers. Business Insider, for instance, is choosey about when it licenses content to brands, normally making sure it is packaged in a larger ad deal rather than a small side deal.

“We typically don’t license content to brands for use outside of ad campaigns we’re involved in,” said Julie Hansen, president of Business Insider. “There needs to be a strategic fit.”

But for many publishers, syndication to brands is a great way to make money off their “back catalog” of old articles that have already run in their publications.

“The idea of unlocking additional value over and over again, using technology as leverage, is much more attractive versus just sitting in your archives,” Islam said. “It’s a powerful notion because your costs are fixed. Some guy has written that article, you’ve made some money online, you’ve thrown some ads against it; now what? I think where syndication comes in, if you have the right technology, in this case, the right partner, you can surface the content to completely new audiences, new distribution channels, new platforms; places where that content is more valuable even more than on your own site. Sometimes, publishers have a hard time accepting that reality.”