Say No to Nielsen 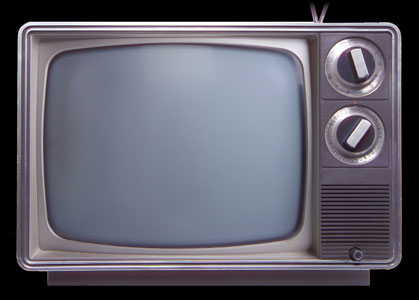 This article was written by Alex Blum, chief operating officer at KIT Digital, and Alan Wolk, global lead analyst at the firm. You can find them on Twitter at @alexjblum and @awolk.

TV is a hugely successful $60 billion industry. It’s also built on a jury-rigged measurement system that’s a bit of a joke and needs to be replaced for the potential of the modern media world to be fully realized.

Nielsen ratings have admittedly come a long way from handwritten diaries, but they’ve still become antiquated as our viewing experience shifts from broadcast television to over-the-top services like Netflix and Hulu. This sea change of Internet meshing with TV presents a golden opportunity for anyone with the smarts to step up and figure out a better way to mine the resulting avalanche of consumer-engagement data that is now becoming available. Nielsen guesstimates shouldn’t be OK anymore.

With IPTV, it’s possible to track exactly how many people are watching any given show and where and when they are watching it, and it can break down the results by geography, gender, interests, household income or any other factor someone may find of interest. (And that’s today: the social TV systems currently being rolled out will allow individual family members to simultaneously check in from the same TV set, making data even more accurate.)

This opportunity will be realized by those content creators, advertisers and merchandisers that have the courage and vision to finally dispense with the ways of the past and embrace this new paradigm in order to optimize both viewer engagement and advertising spend. Make no mistake: Inertia is what has prolonged Nielsen’s rule.

As linear programming goes the way of the 8-track, your ad buy will need to adjust for the fact that there is no logical sequence to when viewers see your ads. There’s also bingeing: If someone is spending the evening catching up on season two of “Glee,” how do you adjust the ads they’re seeing to account for that? You’ll also need to provide synchronized second-screen experiences. So that if your commercial is playing on the main screen, there’s a way for someone to use the Web-based second-screen device to get more information, in a way that does not ask them to actually stop watching TV and pay attention to your product — a mistake made by far too many advertisers during this year’s Super Bowl.

Improved ratings and the move away from a broadcast model bring up yet another critical issue: Who will be buying all that valuable new ad inventory — the traditional TV media-buying services or the newer Internet-advertising ones? Each has unique strengths, and while the big TV-buying shops have had Web-focused divisions for a while now, neither has demonstrated that it can handle the myriad demands of the new viewership model.

That leaves the media-buying world ripe for the emergence of a new player, a service that positions itself as the experts on this new, post-convergence world. This new player will intuitively understand that the demise of linear TV gives consumers greater control over what they’re watching and gets why that will shake up the video-content production game the same way the rise of blogging and Internet-based newspapers shook up print journalism.

More importantly, they’ll understand that media itself can no longer be split by Internet ad spend and TV ad spend: With social TV and the convergence, they are now one and the same. So the job of the new generation of media planners and media buyers will be to understand social television and how the video message on the primary screen interacts with the Web-based message on the second screen and what consumers are expecting from each.

The potential offered by these consumer-driven changes outweighs sticking with the old way of doing things because “that’s how it’s always been done.”

For more on this topic, join us in New York and Los Angeles for the Digiday Video Upfronts, where we’ll show you how the 2012 market will move from the second screen to every screen. To register, please visit www.digidayvideoupfront.com.