The Rundown: Seeds of discontent in the workplace 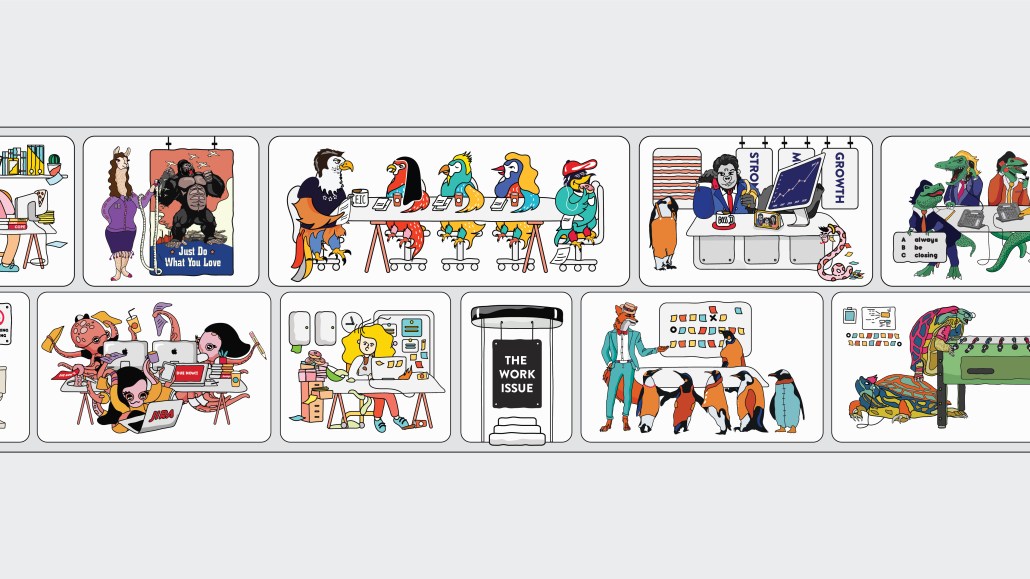 Recently, an exasperated top media executive asked me a question: “What is a progressive media company to do to keep their people happy?” He ticked through the various programs the company had in place, its strong culture, comparatively good pay. It is a discussion that plays out in most conversations with top execs. No matter where the starting point, conversations tend to veer to issues that make up the wild world of the modern work experience.

For years, these issues — entitled and flaky employees, infantilized work cultures (thanks Google), constant pestering for unearned promotions — were best filed under “WTF millennial.” Now, however, it’s clear that the changed nature of work and the office is more than yet another skirmish in the rolling generational wars. For starters, millennials aren’t new to the workforce, they’re your boss. The oldest millennials are now 38. Instead, younger workers have caused a reexamination of the place of work in a fulfilled life. There is a broad rejection of many aspects of work that were taken for granted for too long.

On the surface, this is a strange time for a bottom-up revolt. Few people would have predicted the revival of unions in media a decade ago. In the time since the financial crisis, the economy has shed many jobs in certain sectors — manufacturing, apparel, media — but it has added many more. The U.S. economy is at functionally negative unemployment. There are more jobs than people to fill them. The U.S. gross domestic product has expanded for over a decade. And yet there is roiling discontent. This baffles many bosses.

What I told the exasperated exec over coffee is that, in my view, companies are being held accountable not just for their own shortcomings but the overall failures of an economic system that is patently out of whack. Younger people have simply felt the brunt of it more. They are graduating from college with a total of $1.6 trillion of outstanding student loan debt. Home ownership in many cities is an absurd fantasy. Yes, the S&P 500 is up 27% this year. That’s great for the half of Americans who own stock, but a junior employee struggling to pay rent doesn’t.

Companies themselves bear their fair share of the blame. Corporate profits have expanded to high levels. The 2017 tax cuts for companies expanded these even further. Some companies used the extra cash to pay down debt, some to pay dividends to shareholders or enact tax buybacks, few passed the extra cash in a meaningful way to workers. Too many workplaces have focused on “culture” in ways that are wearing thin for stretched employees. Endless activities can make the modern office feel like summer camp. The free snacks, outings and team building exercises are nice-to-haves, but they don’t make up for rising health care costs that are passed on to workers. Oh, and workers are onto the open-office scam being about saving costs, not fostering collaboration.

On a day-to-day level, many workers are also rejecting the entire idea of “suffering” as a requirement for getting ahead. Seasoned workers — that means older, by the way — love to regale the young on how they had to put up with untold amounts of humiliation and deprivation on their way up the career ladder. Their charges aren’t buying it, dismissing it instead with a terse “OK boomer.” And they have a point. The saga at luggage company — sorry, travel brand — Away is a great showcase of the divide. Steph Korey, Away’s CEO, who first stepped down, and now, has come back to helm the company, is simply a hard-charging startup exec in the views of her backers, often the well-off investor class. But to those not tweeting from their vacation homes, Korey’s vicious Slack messages were another corporate monster, taking her place on the org chart as license to behave atrociously to those without similar power.