Why publishers are flocking to explainer videos 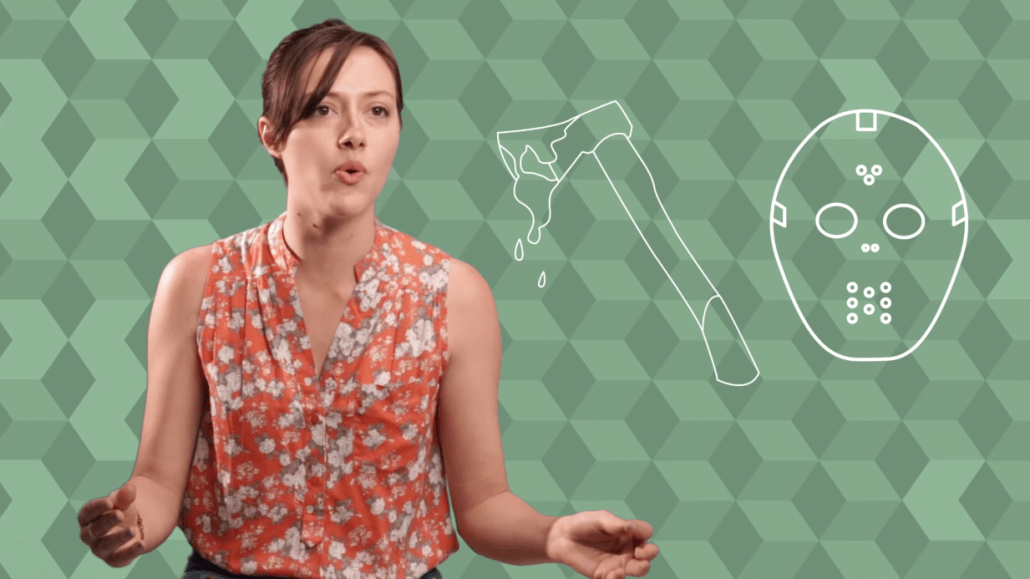 The world is complicated, and it’s increasingly being explained in video clips.

From BuzzFeed to Business Insider, explainers have become a go-to gambit for digital publishers, offering to go beyond quick hit news stories and in the process produce content with a long shelf life. It’s no surprise then that publishers are shifting the format into video, especially considering the comparatively high ad rates video fetches. For users, the appeal of explainer videos is that they distill the information and context surrounding a specific topic quickly. Here’s why they’re taking off:

Explainer videos serve audiences.
A good explainer video makes a single topic digestible, often quickly. That offers viewers a lot of value: They get a thoroughly researched overview of a subject without having to expend much energy or time.

“We sometimes don’t think about news as a service for people,” Melissa Bell, executive editor of Vox.com, told Digiday. “Some people only have a minute in line at Starbucks to learn about Ferguson. That doesn’t mean we shouldn’t be able to provide that information to them, and explanatory video is one effective way to do that.”

In the past six months, Vox has cranked out 37 editions of “Vox Explains” on subjects ranging from the effectiveness of political TV ads to the NFL’s concussion crisis. They are mostly one- to three-minute videos. According to stats on YouTube — Vox runs the videos there promotionally but uses its own player on Vox.com — “Vox Explains” has racked up nearly 4 million views on the video-streaming platform.

Beyond keeping viewers entertained, the visual nature of the medium can help facilitate the learning process, even with a limited time frame. A smart visual presentation will help viewers grasp complicated ideas swiftly, said Weston Green, director of video at Elite Daily, the millennial-focused site that has recently explained why some girls dress promiscuously on Halloween and why some women prefer food to sex.

“The video format is so much more engaging and clear for these big topic subjects, like Ebola or the Hong Kong protests,” he said. “They’re just easier to comprehend with visuals.”

Explainer videos are cheap comparatively.
High-quality explainer videos don’t tend to cost much. They don’t require a big crew and tons of production resources, just a good script, a winsome host and some editing chops. A studio can help, but publishers can get by without a fancy setup.

“A single host can really connect with an audience,” said Will Pearson, president of Mental Floss, which has recently explained how deodorant works and the origin of the dollar sign. “It can feel like you’re sitting down with a smart professor, even if it’s a one-way conversation.”

That doesn’t mean a polished presentation isn’t imperative. Mental Floss videos unfurl their topics at a rapid clip, which requires talented hosts and snappy editing — though, again, neither is necessarily that expensive.

A bigger budget can always be put to creative use, however. “This is a really visual medium, so experimenting with different styles and looks is important,” said Vox’s Bell. “One video we did recently experimented with 8-bit graphics, another one used images from inside an MRI machine.”

That approach has garnered Mental Floss a huge YouTube following, with more than 1.1 million subscribers and nearly 4.2 million monthly views, according to OpenSlate data. It relies mostly on massive lists, like “29 Dumb Facts About Dessert,” though it also has question series that answers queries like “Where Did Last Names Come From?” Each of those videos, posted within the past week, has racked up well over 100,000 views.

“Most video content we make is evergreen in its nature,” said Pearson. “The kinds of questions that we’re answering are just as relevant six months from now as they are today.”

But it’s not just the lighthearted stuff that does well, said Bell, who pointed out that Vox’s two-minute explainer on America’s child migrant crisis has collected 77,000 views on YouTube, despite the publisher’s substantially lower subscriber base.

“Our top [explainer] videos are about war, earthquakes, Israel-Gaza, Ferguson, ISIS, so people are responding to the hard news subjects, which is consistent with what we’re seeing on Vox in general,” she said.

Explainer videos travel well.
Explainer videos can simultaneously stand on their own and work as supplemental material. A Vox explainer on the Hong Kong protests makes sense on YouTube, where it can travel across other social platforms, outside a Vox article where it’s embedded.

“That’s pretty unique about video, that you can take it and have it live independently of the site,” said Bell. “That’s why making sure that it provides enough information and context, either as part of a whole or as its own individual whole, is important.”