The perils of building a distributed media brand 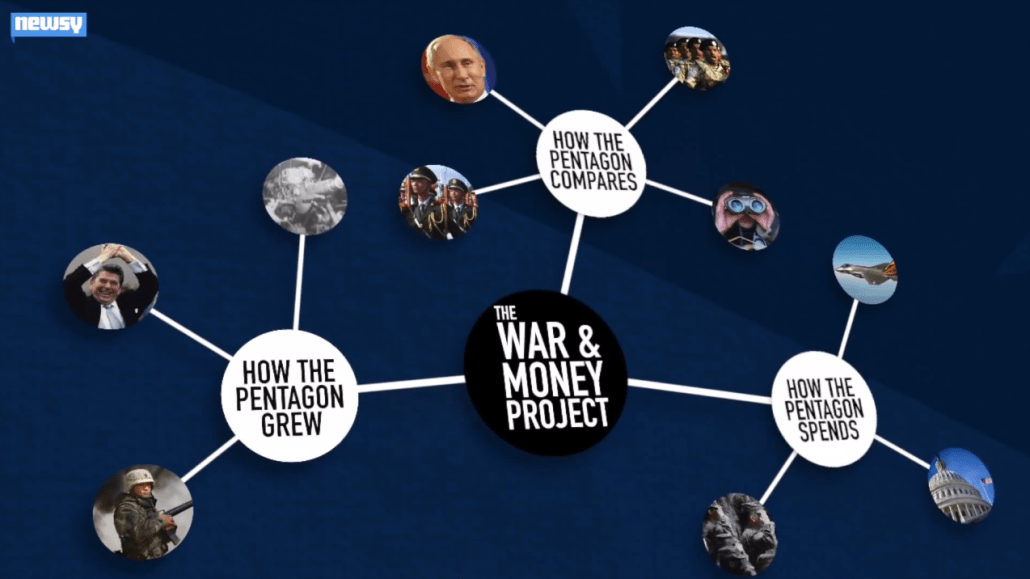 Syndication has a lot of benefits, namely giving content creators the ability to reach large audiences quickly. But there’s a catch: It’s a tough way to build a brand.

That’s the situation six-year-old Newsy finds itself in. Newsy makes dozens of short, slick news videos every day that reach several million viewers thanks to deals with the likes of Mashable, MSN and Time Inc.. Recent Newsy videos include a report on alcohol treatment for non-dependent drinkers and another covering immigration reform’s impact on the U.S. labor market.

Only a tiny minority of Newsy’s video views occur on its website, YouTube channels, mobile and tablet apps and Roku channel. Most of them come from AOL On’s streaming video platform, which includes a broad syndication network with over 2,000 publisher partners. By Friday at 11 a.m. (EST), the 30 videos Newsy posted to AOL On the prior day had already racked up an aggregate 667,000 views. By comparison, Newsy’s eight YouTube channels attract just over 1 million monthly views, according to YouTube analytics platform OpenSlate. Analytics firm comScore couldn’t provide video-consumption data for Newsy.com because the site doesn’t currently meet its minimum reporting standards.

That’s a reality Newsy aims to change in the near future. It’s a focus for Newsy’s new parent company, E.W. Scripps, which acquired Newsy for $35 million in December 2013 to bolster its digital operations and help build its national brand. That means transforming Newsy from a video syndicator and white-label content producer into a well-known brand of its own.

“That’s exactly why Scripps bought us: to make our owned and operated properties a bigger part of the business,” said Jim Spencer, Newsy’s founder and CEO. “I was really focused on getting the content right, building the business first and building the brand soon after.”

Spencer, a former Ask Jeeves and AOL executive, founded Newsy in 2008 as a video-only news publisher. His goal was to bring context from multiple sources and a healthy dose of analysis to each news story, packaging all that inside one- to three-minute video digests. Six years later, Newsy has executed on that vision: Its 35-person team, filled with young journalism graduates from the University of Missouri, produce around 1,500 videos a month, including videos for partners under their branding. It’s a general news operation, so Newsy’s videos range from the latest in politics and business to tech, entertainment, science and sports.

“We’re putting more work into stuff that can live online for a long time and isn’t just relevant for that one day,” he said.

There’s a healthy appetite for well-produced news video across the media industry, because video ad rates have remained high while the display market continues to slump. But that doesn’t always work in Newsy’s favor: As more organizations staff up with video talent, they may no longer need to use Newsy’s content or services. The Huffington Post is one publisher that has dramatically increased its original video production over the past year and no longer posts Newsy video content on its site. But Newsy just signed a new deal with Time Inc. to create Time-branded video content, so it does work both ways.

Syndication of Newsy-branded content is “far and above the highest” revenue generator for the company, said Spencer, while creating custom content for other news organizations and advertising on its own sites are its second- and third-largest revenue streams respectively. Newsy was generating roughly $2 million in annual revenue — and losing money — when Scripps bought the company late last year, according to a source, who believes the company will struggle to build a brand. “The future for them is being a cheap distributor of white-labeled, high-quality content,” the source told Digiday.

“We’re a company that’s committed to building a sustainable business in journalism,” he said. “This has been a year of integration, building and planning, and 2015 is when we unleash our efforts.”