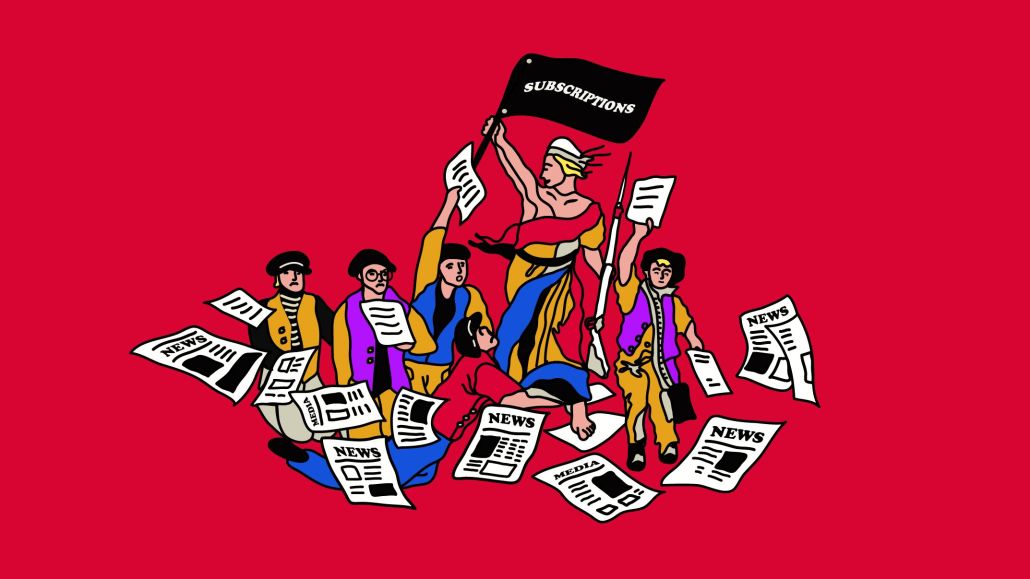 At $99 for a one-year subscription, Outside+ introduces new perks for subscribers beyond access to the company’s 20 publications and one-year delivery of two of Outside’s print magazines: Outside Magazine and one of 12 titles a subscriber can choose from. Those new perks include access to member-exclusive digital content and online courses, a personalized feed from 20 publications, the Outside TV streaming channel and discounts to things like gear and apparel.

Readers can still choose a $49-per-year print-and-digital subscription to individual Outside titles instead of the bundle. To shift subscribers to a digital + print bundle, Outside stopped selling standalone print subscriptions over the past nine months as subscription cycles ended (the company still sells individual issues on newsstands).

In addition to 500,000 digital-only subscribers, Outside has 1 million paying print subscribers who Thurston hopes will convert to print-and-digital subscriptions by the end of the year as they renew or upgrade to an Outside+ subscription, he said. The company’s sites received more than 3.2 million unique visitors in May 2021, according to Comscore’s data on Outside’s digital properties.

“This is an example of a publisher that is throwing a lot of things into the mix in an effort to sell a magazine subscription and keep up their rate base,” said Melissa Chowning, founder and CEO of audience development and marketing firm Twenty-First Digital. “It is hard to sell a magazine subscription alone to an audience under 40 these days, and if that ad revenue is still a primary source of revenue, their print rate base matters a lot. So it seems like they are spicing up the offering to make the magazine a more attractive sell to the consumer.”

Chowning also believes this simplifies the subscription offering for Outside. One subscription “is much easier to market, manage, and grow.” However, the challenge for the publisher may be to “convince a Yoga Journal reader that an Outside+ subscription makes sense for them,” she said.

“I see a lot of traditional publishers experimenting like this,” Chowning said. “Packaging their content into a membership that includes print plus a bunch of other extras in an effort to drive consumer revenue and keep their traditional media kit numbers up.”

Thurston has his sights set on shifting the company to a membership-driven business as it adds more content and services to its subscriptions. Sixty-five percent of Outside Magazine’s business was from digital ad revenue when it was acquired. Subscriptions are projected to represent 10% of the company’s total revenue this year, and ad revenue will represent 50%, said Thurston, who plans to take the company public one day but acknowledged that will take “a minimum” of two years.

Outside is the rebranded parent company of Pocket Outdoor Media, which acquired Outside Magazine, Outside TV, Gaia GPS, athleteReg and Peloton Magazine in February, bringing together its other brands SKI, Yoga Journal, Backpacker, Trail Runner, VeloNews and Climbing into one umbrella.

It’s a fitting time to be an active lifestyle publisher, when it seems more and more people are exploring the great outdoors and taking on new activities as COVID-19 restrictions loosen (bike sales, for example, grew 65% last year, and camper sales were up almost 40% in January 2021 year-over-year, according to NPR).

Outside+ also helps the company gather more insights about its audience. Previously, if a reader was registering for an account at Women’s Running Magazine, the company couldn’t tell if that reader was also a hiker or a swimmer.

“We wanted to make sure we didn’t have black holes in the data,” Thurston said. Outside’s websites have moved to an improved CMS since the acquisition, and now readers can register for an account for free and are prompted to select interests, activities and brands to curate content that is personalized to them. Sixty percent were selecting at least three activities, Thurston said.

The company will be using the expanded understanding of its audiences’ interests to target ads across its properties, which ties into the trend of publishers gathering more first-party data on their audiences in preparation for the third-party cookie’s demise. The data will also enable the publisher to personalize its sites’ content recommendations.

“We wanted to figure out how to personalize the experience, so when you decide you want to switch from yoga to hiking, we want to make sure we’re there for you,” Thurston said. An “uber bundle” was the best way to do that, and “makes it easy for the customer to get everything in one place.”