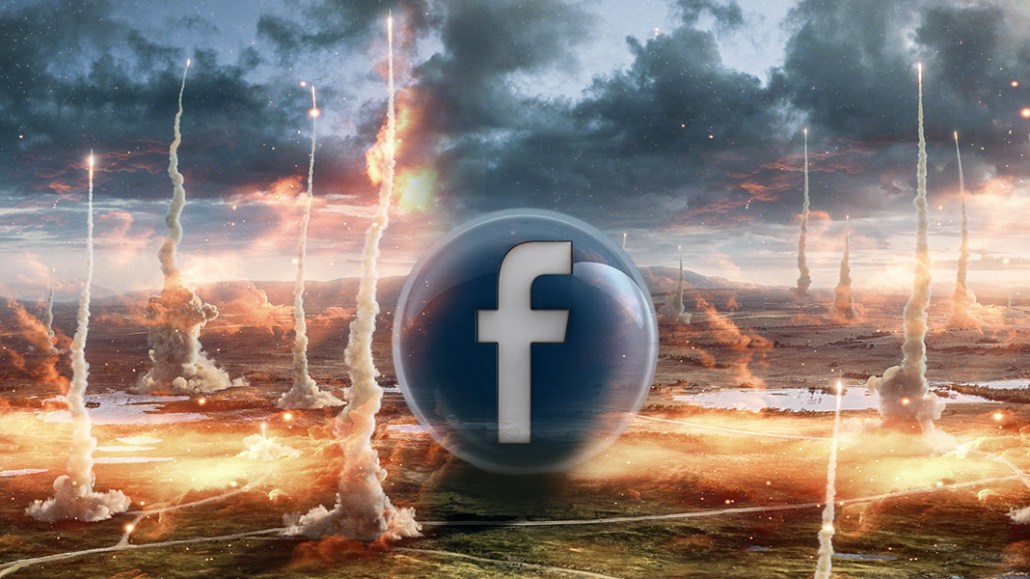 If any brands haven’t already shifted their Facebook strategy entirely to paid, then they may have to soon.

The social network is changing its news feed to prioritize what friends and family share, which will reduce the amount of content that users see from brands and publishers.

Agencies believe brands will have to spend more on paid ads on Facebook in order to get the same number of views — further lining Facebook’s pockets. This is just the “final nail in the existing coffin” of organic reach, said Doug Baker, director of strategic services at digital agency AnalogFolk.

Facebook’s ad rates have risen by 35 percent in the last quarter alone. Agencies have noticed a slow decline in organic reach on Facebook for some time. Digital agency Jellyfish said organic reach on Facebook is already around 2 percent across most European clients. John Hegeman, Facebook’s vp of product management, said in a statement on the news feed update that advertising on the social network will be “unaffected,” but agencies disagree.

Far too many brands pump bland broadcast comms into mass-reach media buys on Facebook and spam millions of news feeds, said Mobbie Nazir, chief strategy officer at agency We Are Social. Now, there will be far more onus on planning Facebook campaigns that go deeper into media planning, campaign execution and optimization, and reporting on various metrics, she added.

“We all need to become better media planners, said Greg Allum, head of social at Jellyfish. There’s a “fundamental shift” in the roles of traditional social media marketers encapsulated in the news feed update, he added. Not only “do you have to understand brand and content,” marketers also require a key understanding of how to plan media campaigns on social.

For many brands, the bigger challenge will emerge from Facebook’s parallel war on low-quality brand content, with the platform’s December announcement that it was deprioritizing “engagement bait.” While agencies accept it will be difficult for most brands to be consistently “meaningful” — particularly when competing with treasured moments with friends and family — there is an opportunity to drive higher creative standards. “Those brands that look to add value to people’s lives and invest in high-quality, original content will have the most sustained success,” Baker said.

The risk could come once brands find loopholes in the algorithm. “I can see brands that tap into authentic conversations with a credible point of view will do well,” said Chris Pearce, the CEO at digital agency TMW Unlimited, “whereas others will be tempted to be increasingly controversial or polarizing in order to stimulate conversation.”

Another risk is if posts are boosted. Ad rankings on Facebook are not affected by the news feed’s overhaul. But as Kevin Chan, the integrated performance director at iProspect, pointed out, if a boosted page post is getting less organic reach due to these changes, then that might impact the auction. Engagement is a “very small” part of ad ranking on the social network, which relies on many other data points to determine what ads people see to ensure relevancy and value, he said.

It seems like Facebook is returning to being a social network rather than a news organization. In the enduring debate on Facebook’s impact on post-truth politics, the social network has continually denied it is a media company. This algorithm change looks like a step to confirm that, returning to the days of wall posts and status updates.

In terms of how this change will be pitched to brands, Edie Greaves, senior strategist at digital agency Possible, believes there will be a continuation of the stance from both Facebook and Snapchat that brands are “partners,” not “advertisers.”

Greaves believes Facebook will begin offering brands new ways to communicate with people, but they will have to up their spend to get into the news feed. Perhaps Facebook will follow in the footsteps of networks like WeChat that heavily restrict the role brands play in the news feed but give more free reign to advertisers within messaging apps, she added.