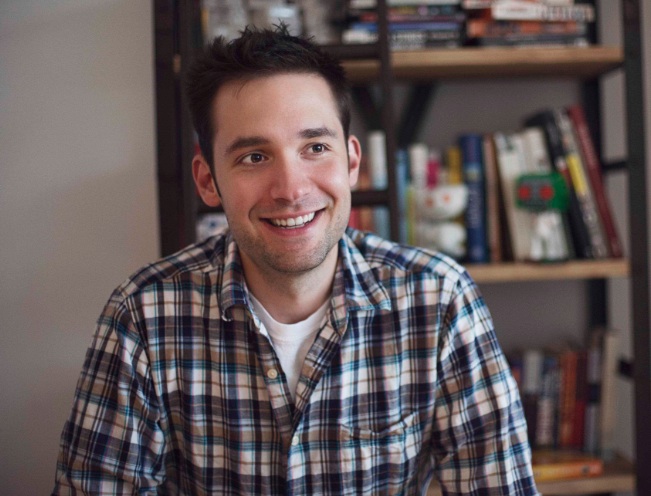 Entrepreneur, activist and reddit co-founder Alexis Ohanian is adding two more lines to his already-stacked resume. In October, he will become a published author when his book “Without Their Permission” hits stands. This week, his new Web series, “Small Empires,” debuted on the Verge, featuring an energetic Ohanian paying house calls to New York City startups, giving viewers an inside look at the people behind them.

Digiday caught up with Ohanian this week to discuss his latest endeavors and to get his take on a few key issues facing reddit, the hugely popular social news and entertainment site. Excerpts:

You’ve turned yourself into something more than a reddit co-founder. How would you describe yourself today?
I still call myself a startup guy unless I’m randomly meeting strangers at a cocktail party. There, I say that I draw mascots for a living. If you need a mascot, I got you.

Tell us about something under the radar that we should look out for?
Crowdfunding. It’s cutting out historically inefficient gatekeepers and middlemen and hopefully going to get a lot more art into the world that fans and people want to exist.

And less advertising? Reddit has been very careful about what type of advertising it allows.
I’ve always felt that advertising can be reasonable; it’s just that the bar has been set, and continues to be set, so low.

What do you make of what happened to Sunil Tripathi, who was wrongly accused by redditors, among others, of being the Boston bomber?
Whether it’s reddit or Twitter, we as individuals using these platforms have to be responsible for how we use them. It’s an awful situation, but it’s not indicative of one platform in particular, it’s indicative of the changing world we live in and the new responsibility we all have.

How much blame do redditors deserve for Tripathi’s photo landing on the cover of the New York Post?
When a photo ends up on the front page of a newspaper, I think it’s pretty irresponsible to blame anyone other than the people who made the decision to put it on a newspaper.

Do you have a favorite subreddit?
My favorite changes every week or two. I spend a lot of time on r/hiphopheads. I also like r/woahdude, which is basically links to click on while you’re stoned.

What about a least favorite subreddit?
Probably r/cowboys.

And how about a favorite “ask me anything” session?
The one that [religion scholar] Reza Aslan just did. It’s a great juxtaposition of the quality of a reddit AMA interview – totally crowdsourced by a bunch of pseudonyms – versus an interview on a major cable news networks with a professional interviewer.

Who is going to watch “Small Empires”?
There are certainly 8 million New Yorkers who would have an interest in it, but we also want to make the show accessible to anyone excited about entrepreneurship, and to people who would want to use these platforms themselves.

Your book is all about these people and really just going for it. Telling people not to wait for “permission to be awesome.”
I’m in this bubble of tech, but I want to get as many people in this game as I can. Part of that is some combination of cheerleading, coaching and getting the word out. I want more people being entrepreneurial. I want better stuff in the world.