‘A game of Chutes and Ladders’: Nat Geo’s CEO on media and platforms 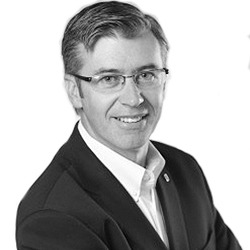 nearly two-dozen publishers on the Snapchat Discover platform. But while the Nat Geo brand is big on social, it’s not reliant on platforms in the way that many distributed digital media companies are — and it aims to keep it that way.

In a conversation with Digiday, National Geographic Partners CEO Declan Moore discussed how his company, which is co-owned by 21st Century Fox and the National Geographic Society, approaches digital and social distribution. Both are key components that help support other revenue-generating areas of the business, including linear TV, print and travel. But as social and digital are components of a diversified and growing media portfolio — revenues from books have grown by 20 percent every year for the last five years, for instance — they are treated as such.

Below are excerpts from the conversation, lightly edited for length and clarity:

On the rapid changes in digital media:
“Two years ago we wouldn’t have been talking about Snapchat Discover because it wasn’t even here. We would have been talking about Pinterest and Vine and other things that don’t have as much of a part of the conversation wheel as they used to. Two years from now, we could be talking about Tencent, WeChat, Kik, who knows what. It’d be great to know that every single platform that emerges will be a huge success. We have all learned that there is no one silver bullet. What you have to do is constantly survey and look at the various different players out there and determine where it’s best to invest.”

Why it’s necessary for Nat Geo to be on social platforms:
“We reach a much bigger audience there than we do on our owned and operated channels. I would love to have the aggregated reach that we enjoy across Facebook, Snapchat and Twitter on our O-and-O. But they help us get our storytelling to millions of consumers all around the world. They play a valuable role in that regard for us.”

But that doesn’t mean Nat Geo’s giving away the whole farm:
“Go back to the old days, we would release a magazine story and would do an extract in the Sunday supplement to promote the magazine story. You wouldn’t want to give them the whole magazine story, right? Here’s a feature we invested a quarter of a million bucks and two years of our time for our audience and consumers — ‘Oh, by the way, don’t worry about it, why don’t you just run it in all of the Sunday newspaper supplements, Tribune, that’ll be fine and it’ll help promote the brand.’ You’d be mugged!

“What you would do is you’d say, ‘OK, we will give do an extract. Or here’s one or two photos. Or here’s some other way in which we can promote where we want people to be, which was typically the owned-and-operated channel.’ It’s a little bit like that.”

On whether the platforms have too much control:
“It’s kind of like playing a game of Chutes and Ladders: You’re figuring out how to optimize for this particular journey, then something changes, you never quite know what, and then you’re set back and you’re digging yourself out to climb up another ladder, only to hit another chute along the way.”

How Nat Geo tries to be efficient in allocating resources for social:
“We’re able to ingest a lot of that content that we do in the field and generate story arcs around it and do fun things with it for the audience that’s on Snapchat and elsewhere.

There are additional resource requirements, but we’re resourcing appropriately for what we hope to get back from the storytelling and the audience’s participation. We’re fortunate if what we get back is more interest in our upcoming TV series, or a request for a catalog for a travel trip, or more interest in our student expeditions.”

Nat Geo isn’t reliant on a single revenue stream or platform:
“We weren’t a single-purpose entity that’s solely dependent on desktop or display advertising, and then wrestling with the transition to mobile, and then the increasing concentration of those budgets with the Facebooks and Googles of the world. We have been fortunate to have this diverse portfolio of revenue streams. The challenge for us is in how to optimize that.”

On whether that means a media “bloodbath” is on the horizon for distributed publishers that are reliant on social:
“Bloodbath might be a strong word to grab headlines. We have all seen cycles come and go of overvaluation in certain areas and then a correction. You have to concentrate on what you’re going to be and be the absolute best at that, because the barriers for people to find the best content have disappeared.”

For Nat Geo, improving its TV product is a major area of focus:
“To a certain extent, we haven’t been punching our weight in the space. If you go back a couple of years, the reality-TV genre was popular, and we got involved. But that wasn’t brand definitional. They were shows that you could find on a bunch of other networks.

Now we’re repositioning TV properly, focusing on premium science, exploration and adventure shows. That comes to fruition with the mid-November launches of ‘Mars’ and ‘Years of Living Dangerously.’ Those are big investments we’re doing on a global basis.”

Social, of course, will play a key part:
“For ‘Mars,’ we have a huge magazine feature and a major social and digital pre- and post-launch program, so it isn’t just a launch-and-leave type of situation. This is where people are spending more and more of their time, so you optimize for that.”