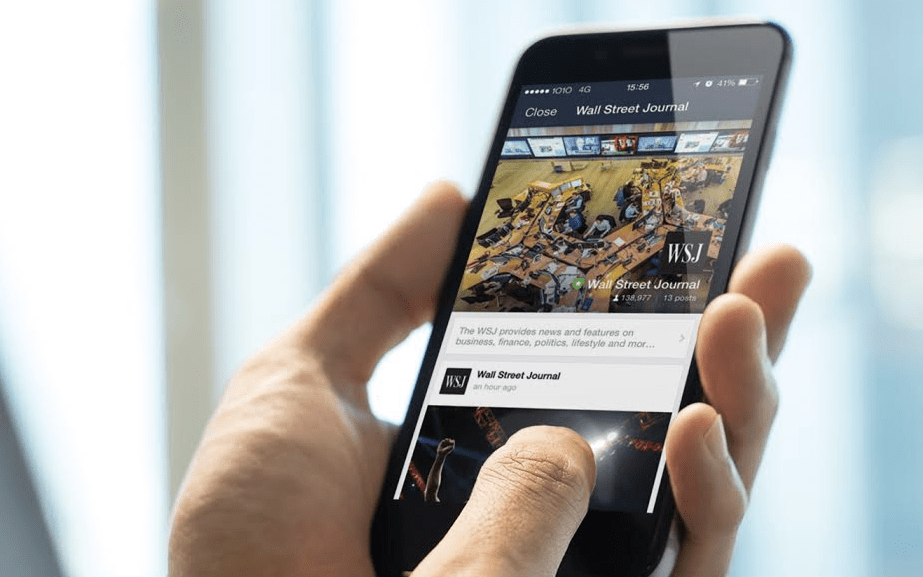 Strong growth in mobile traffic is hitting all publishers, including paywalled newspaper brands like The Wall Street Journal.

The newspaper, which gets 30 percent of its website traffic from mobile visitors, has inked a string of mobile-focused partnerships in recent weeks in an effort to get in front of its shifting traffic trends. Its new Flipboard deal, for example, will let The Wall Street Journal get its content in front of Flipboard’s mobile-dominated user base, which topped 100 million people in 2013. Flipboard, which hasn’t released updated stats this year, has attracted 300 publishers since 2010.

“There are a lot of news and other content sources competing for readers’ attention,” said The Wall Street Journal digital editor Adam Najberg. “Given so many conversations are happening off of our websites and outside of our mobile apps, if we want to be relevant, if we want to be part of those conversations — or even start them — the news media has to be on a broader mix of social media platforms.”

Both moves follow an earlier deal with Evernote, which will let readers save The Wall Street Journal articles to the service.

But getting on board with Flipboard and WeChat is more than giving people a new way to read — it’s also about getting some of them to convert to subscribers. With the The Wall Street Journal’s integration with Line and WeChat, for example, the newspaper is trying to build stronger ties with Asian chat app users, which tend to skew younger and haven’t been exposed to the The Wall Street Journal brand.

“If you ever hope to get readers of your stories and viewers of your videos into the subscription funnel, new and emerging platforms like Line and WeChat are important places to grab their attention,” Najberg said.

The challenge for the The Wall Street Journal, however, is figuring out how to work some of these new platforms into its paywall business. Compared to the likes of paywalled publishers such as The Financial Times and The New York Times, which added their content to Flipboard in 2012 and 2013, respectively, the The Wall Street Journal is joining the service somewhat late.

Josh Quittner, head of publisher partnerships at Flipboard said that WSJ wanted to make sure that Flipboard could fully support its paywall before it took the plunge. Users on Flipboard that don’t pay for Wall Street Journal content will have access to the same free articles as readers who go to WSJ.com directly.

“The Wall Street Journal is one of those premium publications that is very, very protective of its brand name, which is understandable,” Quittner said.

“Finally getting The Wall Street Journal on board was a bit like getting The Beatles,” Quittner said. “It’s a really big deal.”