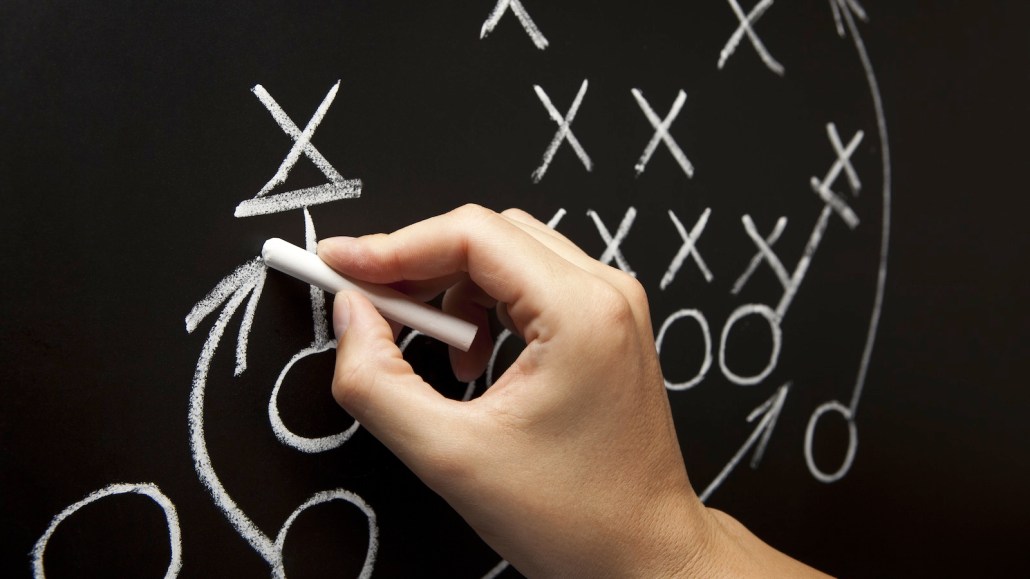 The National Football League (NFL) announced on Wednesday it is developing NFL Now, a digital video initiative that will have the NFL’s media division creating video year-round and serving it in an endless stream to fans. The videos will include everything from coverage of the NFL draft combine, to expert analysis from NFL Network anchorman Rich Eisen to post-game interviews with NFL stars. NFL Now is expected to go live late this summer, just in time for the preseason.

It may seem odd that the NFL — a league expected to earn $5 billion in television revenue alone next season — would need to create its own digital video. But the NFL has a massive fan base with a seemingly insatiable appetite for NFL-related media. Rather than simply stage games and have media companies package and distribute its product online, the NFL has found it can do it itself. It’s not alone, either; the U.S.’s two other major sports leagues — Major League Baseball and the National Basketball Association — have also developed their own digital media teams that put out a daily stream of league-related media. Digital media has afforded sports leagues a new, incremental revenue stream.

Bryan Goldberg, who founded sports blog Bleacher Report and sold it to Turner Broadcasting for approximately $200 million in 2012, said that it is a sound business move for leagues to create their own media in that addresses an underserved market. (Goldberg now runs women’s interest website Bustle.com.)

“The appetite for content in general — and sports content in particular — far exceeds the current supply of quality players,” Goldberg said. “A true sports fan, and there are tens of millions in America, can spend hours each day reading or watching content about their favorite teams.”

This is especially true for NFL fans, Cory Mummery, general manager of NFL Now, said. Hardcore NFL fans want to watch videos that cater to their fantasy football habits and team allegiances, he said, which is the impetus for NFL Now’s creation. It’s also part of the NFL’s larger push to create more of its own media, whether that be online or on cable with the NFL Network.

“NFL Now is another way that we can continue to take some media operations in house,” Mummery said.

MLB and NBA have substantial media teams, as well. MLB Advanced Media “employs the largest contingent of baseball reporters of any news outlet in the world, producing over 100 original news articles for MLB.com and the 30 club websites on a daily basis,” according to an MLB spokesperson. It also hosts 10 million multimedia streams per day.

Sports leagues are not creating media solely to appease loyal fans, though; advertisers are always willing to get in front of maniacal sports fans, especially for sports-related video.

“From the advertiser’s perspective, there is a shortage of high-quality online video available today so if the NFL is planning an ad revenue component, they will be successful,” Forrester analyst Jim Nail said.

Indeed, the NFL has already signed on Gillette, Microsoft, Verizon and Yahoo as launch partners. Their logos will appear on NFL Now’s interface. NFL Now — which will include a desktop website and Android, iOS and Windows apps — will also serve pre- and mid-roll ads. NFL Now Plus will be a premium, ad-free tier, although the NFL has not determined what additional content will be included on it.

This also puts the NFL in competition with the media companies that cover the NFL for digital advertising dollars. The Sporting News and ESPN both recently released revamped sports news apps that predominantly feature video.

The relationship between ESPN and the NFL is particularly close (and lucrative). ESPN paid the NFL $15.2 million in 2011 to continue its contract to air “Monday Night Football” through 2021. The NFL is so cozy with ESPN that it recently convinced ESPN to remove its branding and marketing support from “League of Denial,” a recent documentary about the NFL’s ever-looming concussion problem.

Mummery said that because NFL Now is specifically for video on-demand and not streaming games, it will not infringe upon broadcasters ability to sell commercials against live broadcasts of NFL games. Live sporting events have become more valuable as consumers are “time shifting” their television viewing — recording shows and skipping through ad breaks when they watch them later.

“Since 96 percent of sporting events are watched live, sports are virtually DVR-proof making ESPN incredibly valuable to advertisers as well as cable operators,” Bob Iger, CEO of ESPN parent company Disney, said during a recent Disney earnings call. (ESPN did not return a request for comment about NFL Now at time of press.)

Others think the competition for digital ad dollars could cause some strife between the two.

“I’ll be watching,” said Nail, “to see if this offering creates friction with their more traditional distributors.”