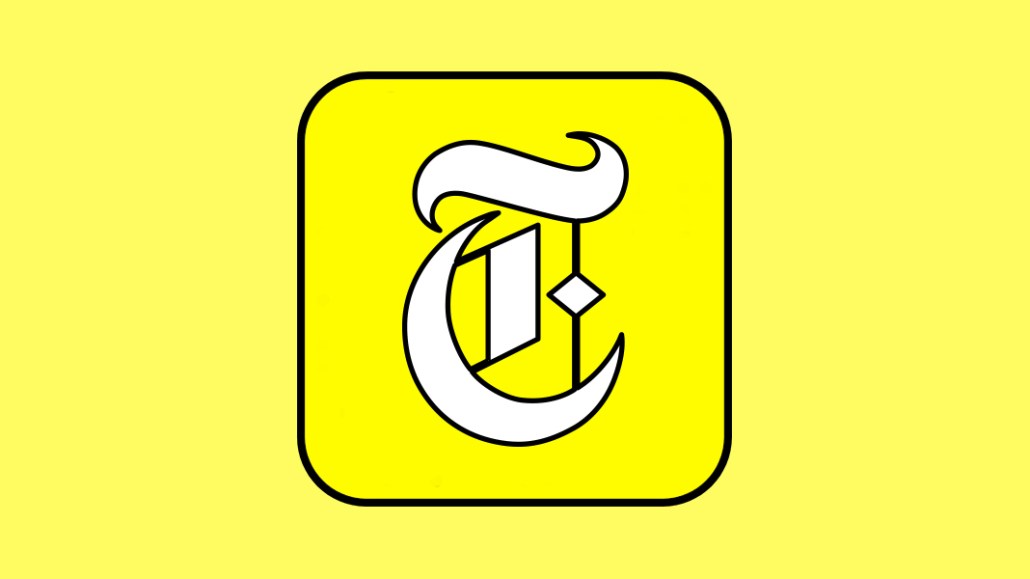 The New York Times joined Snapchat Discover Monday, joining dozens of other publishers — including The Washington Post, BuzzFeed and MTV — that create editions for the messaging app that’s popular with young people. But the Times is first and foremost a subscription business, with more revenue coming from readers than advertising. So how does it justify launching a channel on Snapchat Discover, which doesn’t have a subscription mechanism or way to drive readers back to its own properties?

The answer is that the Times is keen on building the publication as a daily habit and sees a parallel with Snapchat, which is also habit-forming with its users. The Snapchat edition also checks other boxes the Times has identified in its recent internal report, “Journalism That Stands Apart,” as important goals: being more relevant to younger readers, doing more visual journalism, being less stodgy.

“We are very focused on building a subscription business, but we see this as a way to build new prospects longer term,” said Rebecca Grossman-Cohen, vp of consumer marketing at the Times.

The Times has been busy rolling out other daily digital products, and it’s applying what it’s learned from those to the new Snapchat edition. There’s the Morning Briefing newsletter, with more than 1.3 million weekday subscribers; and “The Daily” podcast hosted by Michael Barbaro, which just surpassed 20 million listens.

“The voice is light but not super light, so it’s Timesean,” said Ari Isaacman Bevacqua, a Times spokesperson. “It also has modern living tips. ‘The Daily’ podcast will often mention a fun pop culture message, and two minutes later, he’s talking about something at the CIA. Same as the Morning Briefing.”

Like those products, the Discover edition will publish every weekday morning and feature stories that reflect the breadth of its news report, but packaged in the easily digestible formats that Discover users have come to expect. In that way, today’s edition contained reports on Uber’s CEO, France’s election and fighting in Iraq, as well as lighter fare like a story about Barack Obama’s post-presidency plans. The Times also said it expected to create content that’s original to Snapchat. 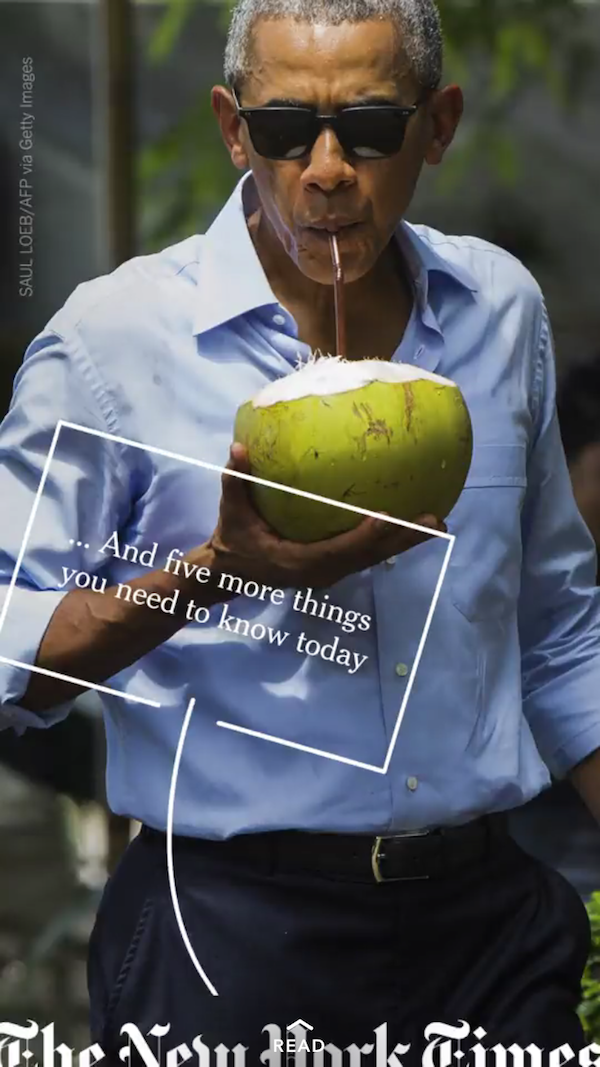 The Times’ Discover edition will include the Mini crossword, which the Times has found to be a popular and habit-forming feature of its daily Times app and also channels Snapchat’s playful and interactive nature.

Several of those who are contributing to the Discover edition, including Sean Alfano, have themselves worked on the Morning Briefing and “The Daily.” Producing the daily edition is a team of 10 people with motion graphics, video, photo and text backgrounds, led by executive producer Mike Schmidt, a longtime visual journalist.

Not all legacy print publishers have the visual and interactive heft that the Times does, and the Discover edition will also give the Times another way to make use of those storytelling forms.

“We’ve been a leader in that space, and Snapchat is a great opportunity to extend that to this platform,” said Steve Duenes, an assistant masthead editor who oversees many of the Times’ visual journalism teams.

The Times isn’t new to Snapchat’s ways, having published to a regular personal account for two years and shooting more vertical video, which Snapchat has helped make the new standard. “It gave us a chance to alter our voice and be a little less formal and use the vocabulary that exists on Snapchat and the first-person perspective,” Duenes said. “That’s something that will be a part of what we’re doing on Discover.”

The launch edition carried advertisers, including Ice Breakers and Lufthansa. Snapchat has been compensating Discover publishers with ad revenue shares and/or licensing fees. The Times wouldn’t discuss the terms of its financial deal with Snapchat.

https://digiday.com/?p=233645
Most Read
Trending in Publishing in the Platform Era
Digiday Top Stories