How NBC turned the Super Bowl into a ‘TV Everywhere’ ad 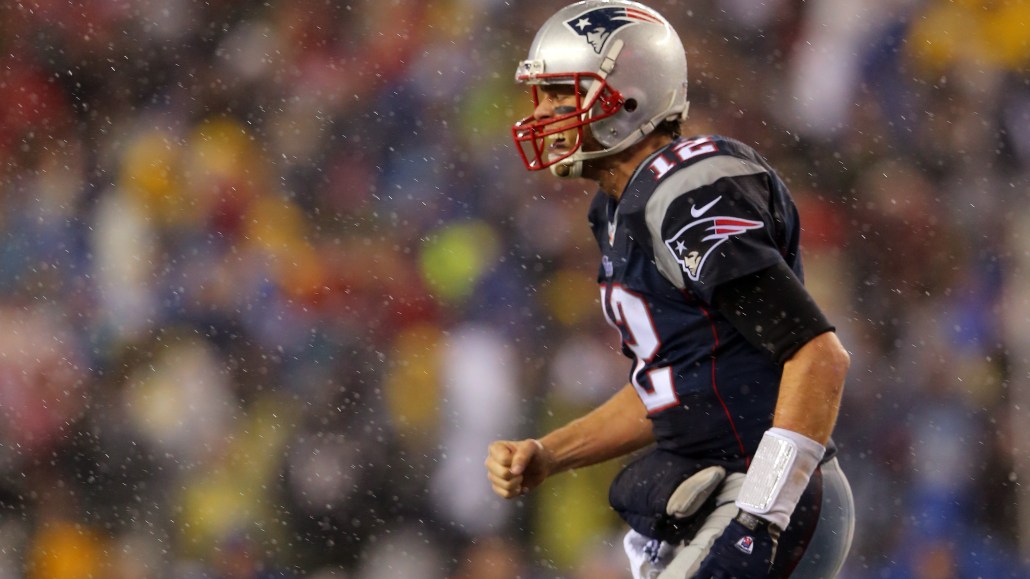 On Monday, NBC announced “Super Stream Sunday,” a livestream of the Super Bowl XLIX matchup between the Seattle Seahawks and the New England Patriots. Online viewers will be able to watch the game without putting in any authentication credentials, turning the most-watched television event of the year into an 11-hour preview of NBC’s TV Everywhere offering.

“We need to broaden awareness about what this is and about the value of the service,” said Alison Moore, general manager of TV Everywhere for NBCUniversal. “We thought this was an opportune time.”

TV Everywhere services enable pay-TV subscribers to access live or on-demand TV on the Web. They employ authentication systems from cable and satellite providers to ensure only paying customers can access that content, except in special situations such as NBC’s Super Bowl preview period.

Beginning noon Eastern Time on Feb. 1, NBC’s 11-hour Super Bowl stream will include the full game, the halftime show, the pre- and post-game shows, as well as a post-game premiere of NBC series “The Blacklist.” Fans will be able to watch all of that content through the NBC Sports Live Extra app or NBC.com, which they can access through their tablets or desktops. Beyond live video, the stream will also include modules for stats and social media. (Verizon holds the rights for live NFL streams on smartphones, where it will be streaming the Super Bowl through the Verizon NFL Mobile app for its customers.)

NBC’s online viewers won’t see the same commercial pattern as broadcast viewers, though they will see some of the same creative, as NBC had insisted that all digital ad buyers also buy traditional ad spots. NBC declined to disclose pricing for digital ads, though NBC Sports Group sales evp Seth Winter noted during a Jan. 7 Super Bowl ad sales call that the network didn’t have enough capacity to accommodate the demand.

In 2012, NBC became the first network to stream the Super Bowl online, racking up 2.1 million Web viewers. CBS and FOX followed suit in 2013 and 2014 respectively, growing the Super Bowl’s online viewership each year. Now it’s back to NBC, which has a new agenda for its online stream: TV Everywhere education.

Throughout the Super Bowl stream, NBC will school viewers on its TV Everywhere product, from features available to explainers on how to use the service. NBC is unlikely to include this messaging in the stream itself, said Moore, focusing instead on visual cues outside the video experience. The big cable and satellite providers, including NBC-owner Comcast, are on board with its Super Bowl experiment, added Moore.

“I know the [multiplatform video providers] are aware we’re doing this to broaden awareness of TV Everywhere, not to create a loophole around the authentication wall,” she said. “Actually, we hope to do more of it this year.”

This open preview period not only serves as an attempt to attract new subscribers but also to keep paying customers from dropping their subscriptions. Cable and satellite subscribers with access to NBC channels are already paying for TV Everywhere, but a big portion of those consumers are unaware of that fact.

“The timing is better than past years for a Super Bowl livestream,” said Nathan SooHoo, lead analyst at Venture Scanner. “We have a little bit more awareness and more of the bigger companies are moving into TV Everywhere to build out their digital properties.”

While an accessible Super Bowl stream is a step in the right direction for TV Everywhere, it’s not an earth-shattering event, said Bernard Gershon, president of digital media consultancy Gershon Media.

“TV Everywhere, whether it’s on the NBC app or CNN app, is still complicated and confusing,” said Gershon. “Whether it’s connecting through Facebook or something else, the process is going to have to become easier for TV Everywhere to become more mainstream.”