Mozilla wants in on the ad-block party

If you thought the furor around ad blocking had died down, think again.

Mozilla is releasing today its version of an ad blocker for iOS 9. Called Focus, Mozilla is describing the free app as a “content blocker” since it offers the ability to block several types of trackers, like social buttons, analytics and ads, mirroring the same blocking features that’s offered on Firefox’s desktop browsers.

Unlike ad-blocking competitors Crystal and Peace, Mozilla is leaving alone ads that don’t track users’ behavior, a piece of good news to publishers and brands who rely on making money off mobile advertising. That’s the good news. The bad news is a good chunk of mobile ads do some form of tracking.

Focus blocks ads that are identified by Disconnect.me, a third-party company that maintains a list of ad networks that are infected with malware and malicious trackers. 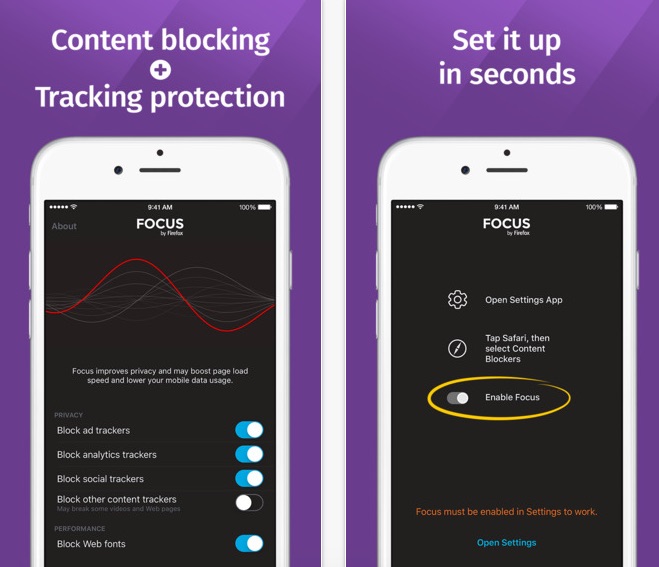 For now, Focus only works on Safari and, bizarrely, not on Firefox’s iOS browser because of Apple’s stringent API rules. “This was not our choice—Apple has chosen to make content blocking unavailable to third-party browsers on iOS,” Mozilla said.

Focus will be available on Apple’s App Store later today.