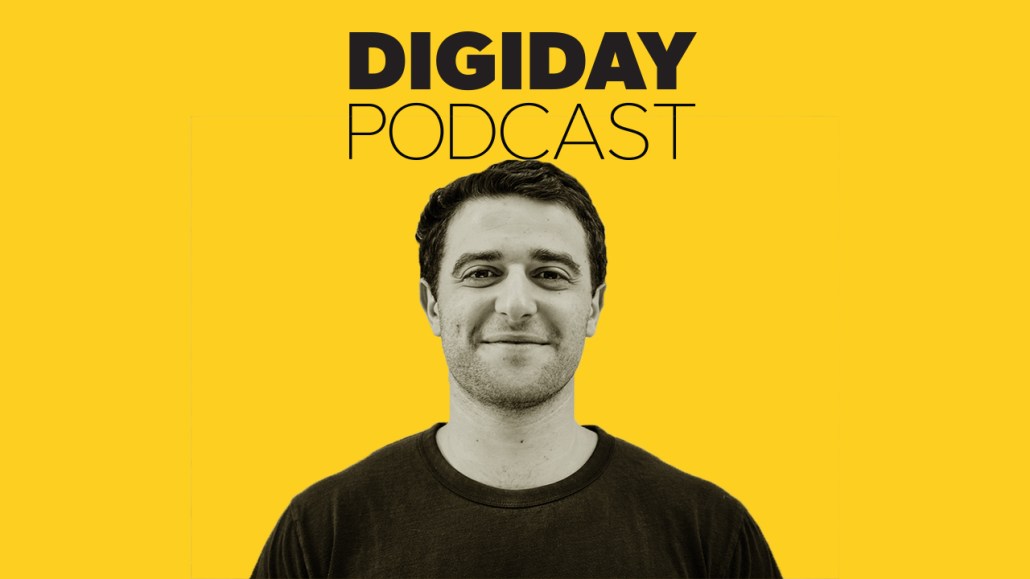 Morning Brew is a daily email newsletter that delivers business stories to over a million subscribers from Monday through Saturday. The bootstrapped media company has about 18 people on the team.

On this episode, co-founder and COO Austin Rief, said advertising was the only viable option for the company to grow revenue given the absence of venture funding.

“We had no choice but to have advertisers, or we wouldn’t be able to fund the business,” said Rief on the Digiday Podcast. “For the most part, [we sell on] a CPV. It’s cost per thousand opens. We want to align ourselves with the advertisers. If we grow in sketchy ways and people aren’t opening, you won’t pay for those. Advertisers have found that very attractive because they like the transparency and knowing how many people are opening and what they’re paying for those opens. We have a few different sponsorship opportunities. A logo on the top, sponsorship in the middle goes for somewhere between $60 and $70 CPV.”

Rief discussed competing with small and large media organizations, being a subscriptions company, path to growth and more. Edited highlights below.

The upside and downs of bootstrapping is focus.
“The biggest upside is focus. Not getting distracted by say, Facebook video. We couldn’t even think about it. The downside could have been choosing the wrong lane. We could have gone with Facebook video. We chose email. But even within the area of focus, we haven’t been able to scale as quickly as we wanted to. The problem with focus is we’ve not been able to test new things. Just now as we’ve gotten bigger and started generating more revenue can we start thinking about a three-year strategy, a five-year plan or hiring more senior people in sales or other parts of the business.”

Referrals program is a winning strategy.
“We’re at about 40% unique open rates. There was paid acquisition. But for us, it’s the referral program that’s the big thing. You sign up, you get a unique referral link. If you get three referrals, you get the Light Roast, which is our Sunday edition of the newsletter, which is exclusive, you can’t pay for it and you have to get it through referrals. Five referrals get you stickers, ten gets you access to our Facebook group, all the way up to a Morning Brew mug.”

The roadmap to growth.
“We don’t need original reporting to get into different verticals, to cover emerging tech and become well known as a great media property or in retail or real estate. It’s beneficial to have original reporting and we’re going to think about unique ways to do it at low cost. I certainly don’t see us having a massive team on the ground trying to break stories. We’re looking for areas and industries that are large enough to grow audiences there [and where] there is advertiser demand and news flow. I think it’s [about] picking large industries where we can become authoritative figures in and grow with quality newsletters and see if audio makes sense, events or subscriptions make sense. I view us as a subscription company. You may not be paying us but you subscribe to our newsletter and we make a certain number of cents when you open the email. We’re somewhat a DTC company.”

There is a lot of competition in e-mail newsletters.
“We look at Axios. They have the right combination of high-quality content, design and technology. We have tonnes of direct competitors. Anyone who sends out an email between 5.50 a.m. and 7 a.m. is a competitor. We’re not TheSkimm for guys or TheSkimm for business but we’re certainly [competing] with them because a reader may choose to read them over us. The New York Times has The DealBook, Wall Street Journal has The Ten Point. We need to create the highest quality content so we can stand out.”

The typical VC funding won’t work.
“We’re not going to look to raise from a VC who wants us to raise three or four rounds [and] grow to a $150 million revenue in the next three-five years. We want to grow fast but also at a healthy rate. We will grow our top line by 3x from 2018 to 2019 but we won’t do that again from 2019 to 2020. We’re ok with that. We don’t want to want to risk the health of our business.”