On the minds of European publishers: Platform pushback, GDPR enforcement and ad fraud 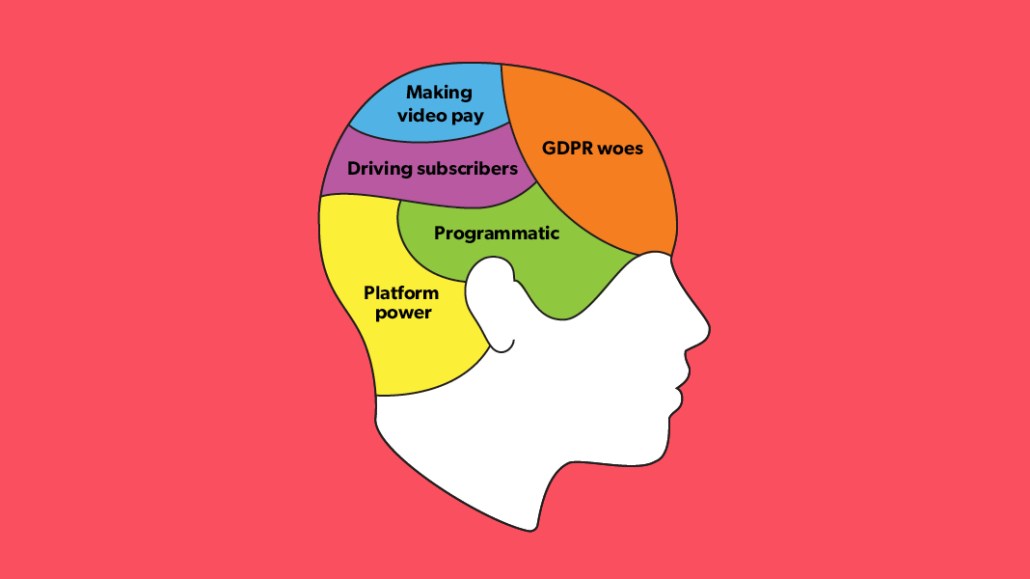 More than 200 executives from top publishing companies across Europe gathered this week at the Digiday Publishing Summit Europe in Berlin to address the biggest challenges facing digital media. Talk focused around publishing on platforms, scaling video and preparing for the looming enforcement of the General Data Protection Regulation.

During town hall-style meetings and working groups, attendees identified the biggest issues on their minds. Here’s a summary:

Pushing back on platforms
European publishers have a fractious relationship with U.S. tech giants. Axel Springer’s Bild asked 30 international media brands how well these platforms listen and react to publisher needs. When meeting with Google, Facebook and Snapchat, the German publisher now uses a traffic-light framework to assess how platforms meet its requirements like user engagement, access to tracking and targeting data, control over the advertising strategy and the ability to subscribe to its BildPlus membership product. “There’s progress over time,” said Stefan Betzold, managing director of Bild. Another view was that rather than compete with Facebook and Google on reach, they need to find other ways to differentiate.

Video monetization versus user experience
Publishers need to balance user experience and revenue, and different parts of the business favor one over the other. It’s tempting to load up sites with video ads, but audiences are already inundated with autoplay video, outstream ads that follow them as they read and 30-second pre-roll ads. But removing formats like autoplay can cause short-term declines in revenue. Attendees said everyone in the supply chain needs to promote the benefits of shorter, more effective and relevant ads rather than wait for platforms to set the standard.

Looming GDPR enforcement
Preparing for the coming enforcement of the GDPR in May was another major summit topic. One of the biggest fears voiced was around the shared liability that publishers will face if they work with third parties that aren’t GDPR-compliant and haven’t gotten explicit consent from users to use their data. On the flip side, publishers will have to demand that agencies and tech vendors are transparent about what data they’re using and from where; revise contracts to ensure vendors are compliant; and root out nontransparent practices. Publishers also discussed best ways to tell users why they need to give additional consent on a regular basis. The approach may be similar to techniques publishers have used to communicate with people who block ads, where publishers would explain that ads help pay for quality journalism.

Programmatic cleanup
The pursuit of large volumes of cheap inventory, justified by the “audience-planning” narrative, was scrutinized as a technique that has spawned the “art of buying crap,” in the words of attendees. Buyers’ love affair with buying inventory in secondary markets, like exchanges, has left advertisers and publishers vulnerable to ad fraud and other problems. Publishers need to present a united front in the same way that the likes of Procter & Gamble and Unilever have had on the advertiser side, according to publishers including Danny Spears, programmatic director at the Guardian; Axel Springer; and Schibsted.

The flight to loyalty
Driving direct connections is becoming more central to publisher strategies, whether that’s through premium membership models or subscriptions, opening up revenue streams outside of advertising. For The Washington Post, this has meant tightening its paywall spurred subscription growth. Meanwhile, The Times of London and the Sunday Times changed their publishing model from rolling news to three different digital editions daily, updated their products and introduced a registered-access option. But as Nick Petrie, deputy head of digital at the Times, said onstage, progress can be slow.