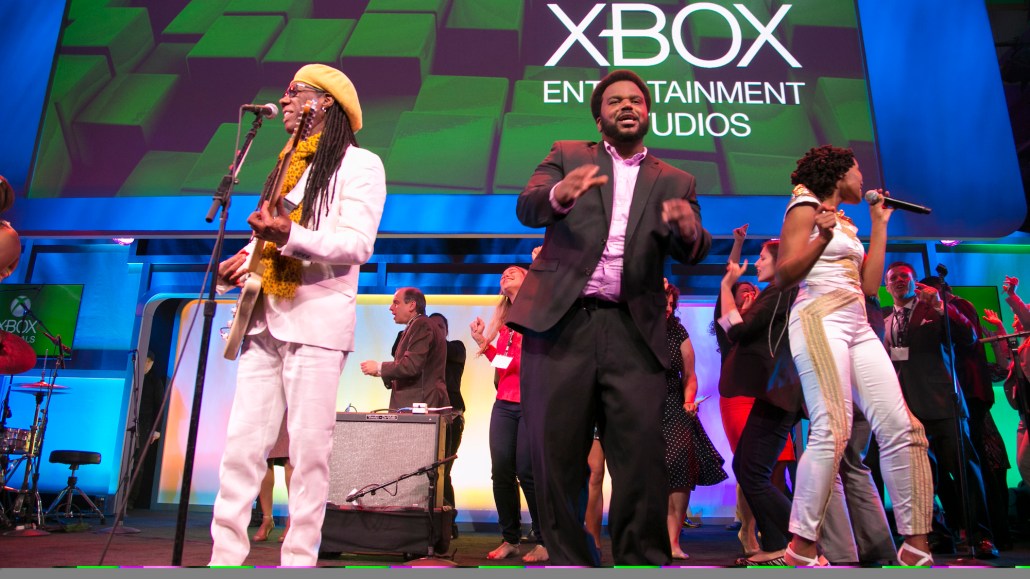 Microsoft has long said Xbox would revolutionize the way we consume media — namely video. Today NewFronts attendees were shown exactly what that will look like.

Turns out the future of video consumption is not really consumption at all; it’s allowing consumers to control the narrative. To an extent. Microsoft showed off “Possibilia,” an interactive film about a couple on the skids that allows the viewer to determine how they’ll finally break up.

The pitch
“Possibilia” was just one of the many original films and series Microsoft showed off as part of a slate of original programming called Xbox Originals. Rolling out this June, they will only be available on Microsoft devices. All Originals will have “interactive capabilities.” The company screened clips of these new series, including the heavily-anticipated “Halo” live-action series which is based off the historically successful video game franchise. The clip was punctuated by brief appearances from acclaimed directors Steven Spielberg and Ridley Scott.

Essentially, Microsoft is producing tons of original video that advertisers should want to buy against. Microsoft’s slew of products — smartphones, tablets, PCs and, again, the Xbox — allows buyers to integrate their campaigns across consumers’ many screens.

Prospects for success
Microsoft’s messaging was really “well thought out” and “a millions times from where it was last year,” according to Google’s Suzie Reider. (Google-owned YouTube will present on Wednesday.)

Still, the competition Microsoft faces to own people’s living rooms is immense. Contenders include set-top box makers Apple, Google and Roku, and video platishers Hulu and Netflix and Amazon. Microsoft’s competitive advantage is that the Xbox also has gaming, making Sony, which has also established an original content studio for its PlayStation 4 console, its most immediate competitor.

In order to succeed in attracting advertising dollars, Microsoft’s gaming, hardware and original programming bundle will have to be so compelling that consumers will pony up $499 for an Xbox One, slightly more expensive than PlayStation 4 ($399), and far more expensive than Apple TV and Amazon Fire TV, which both retail for $99.

“Will non-gamers buy an xbox just to see Microsoft shows? Unlikely,” Ben Winkler, head of digital at OMD, said. “But Xbox users will spend that much more time on the platform, and time can be sold.”

The scene
For the second year in a row, Microsoft’s NewFronts presentation was a mini-concert, only with Gen-Xers in blazers. Last year it was a slightly terrifying EDM circus. This year’s event was like the lovechild of a Brooklyn warehouse party and rock club. The venue was a vacant space in Penn Station outfitted to look like a nightclub. The only lighting were blue and green spotlights and the dance music — courtesy Mix Master Mike of Beastie Boys fame — was downright skull-rattling from the front row. The rock portion came from jazz-rock group Lake Street Dive which delivered a rendition of George Michael’s “Faith.” Craig Robinson of “The Office” provided comic relief as emcee, and the event ended with a performance by Chic and Daft Punk guitarist Nile Rogers. 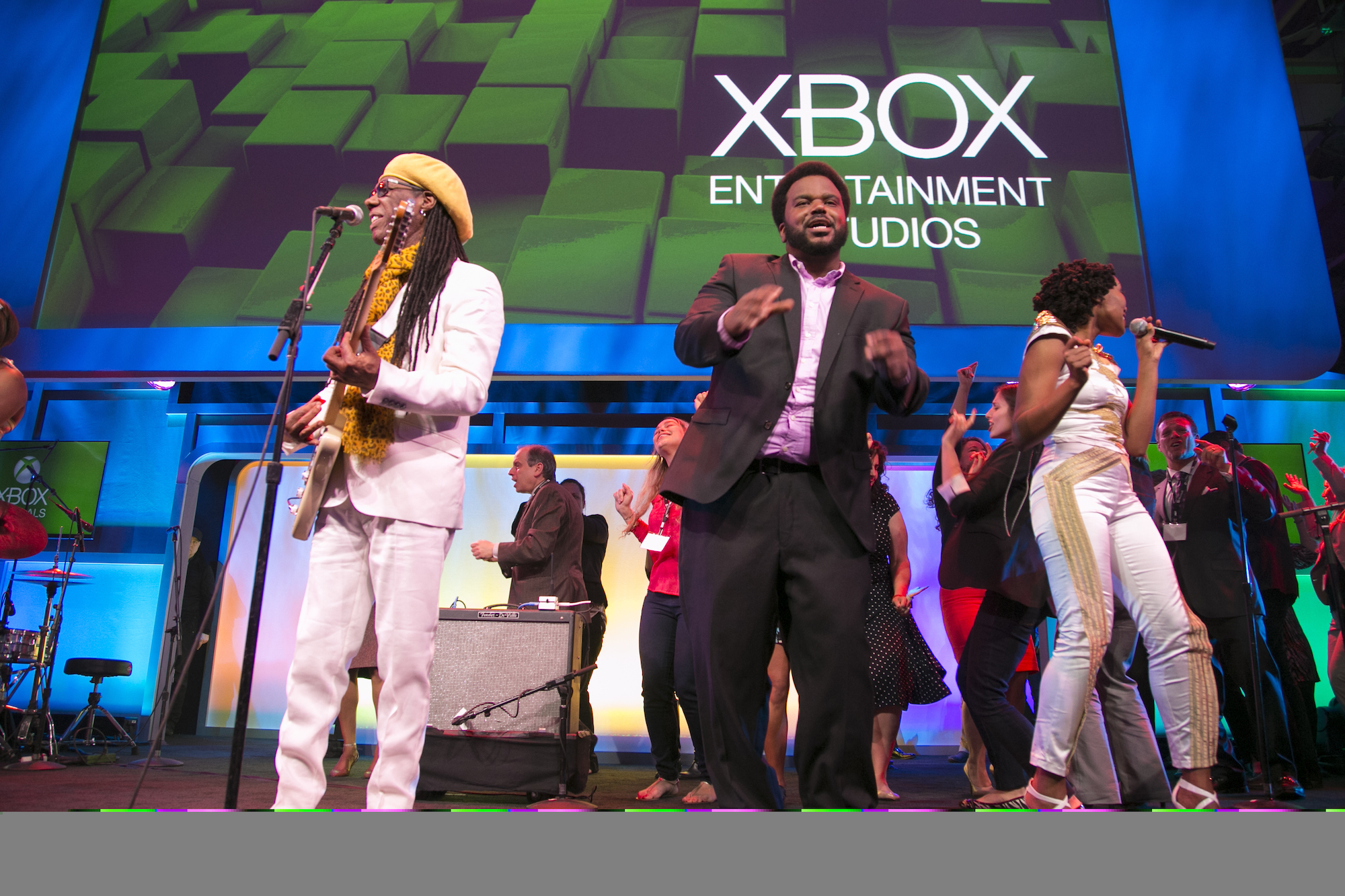 Notable quote
“We consider ourselves Tesla’s grandchildren or great-grandchildren.” — Nancy Tellem, Microsoft’s head of entertainment, comparing the company’s employees to the legendary inventor.

Buyer’s take
“We’d absolutely create something with them,” said Paul Furia, group director at LiquidThread, Starcom’s branded entertainment division. “Our brands are looking for new platforms and Xbox presents another window into the living room.”