Meet the Father of the Hashtag 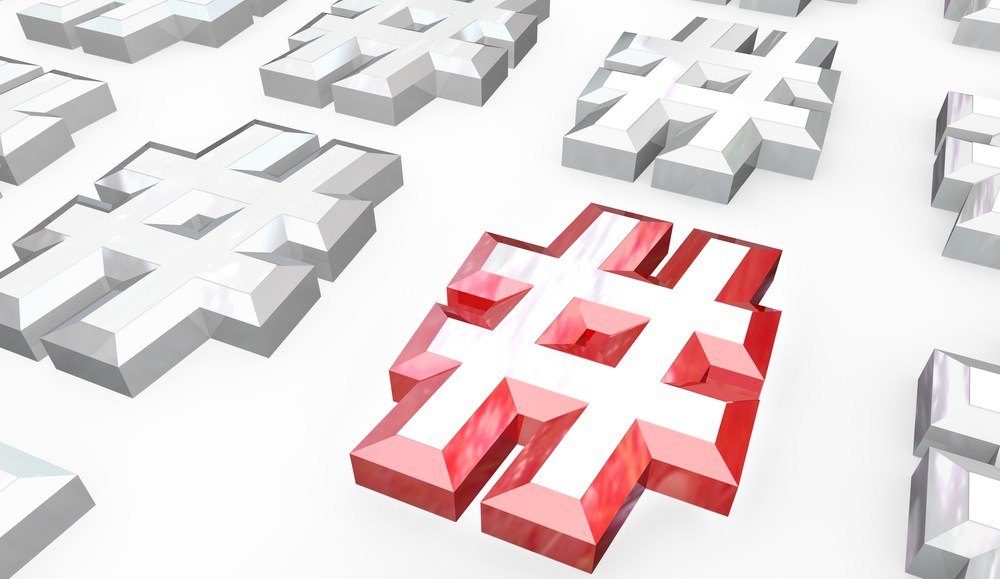 The pound sign is no longer just a little symbol on your keyboard or on your phone keypad: It’s a hashtag. It’s a filter for online conversation, it’s a place for humor, it’s shorthand, it’s a marketing tool, it’s whatever you want it to be. Chris Messina, its proud inventor, is happy about that. 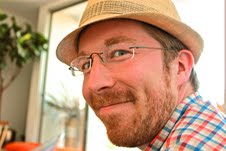 Messina, now a UX designer at Google, invented the hashtag in August of 2007 while he was working for himself at a company called Citizen Agency. Messina took time with Digiday to talk about his now 5-year-old baby and how it’s grown up over the years and what he sees for the hashtag in the future

What gave you the idea to invent the hashtag? What was your intention for it?
It’s pretty simple, but I wanted to offer a plaintext way for the early Twitter community to organize itself. Twitter didn’t support groups, so I figured the next best thing to do was to make language express group affinity. You can read about the original proposal I made here.

Did you ever expect the hashtag to become so ubiquitous on the Web?
Not really. I mean, I had a sense that I was on to something on Twitter. The desire to gather around topics and ideas isn’t new, but it wasn’t well supported in a public mobile medium like Twitter, so something had to come around eventually that would work. Given how lightweight they are, it just kind of makes sense that rather than dealing with some clunky interface to add a tag or join a group, you could just add the tag to your content directly. That ease of use — across text-based mediums (and beyond!) lead it to spread organically through all digital mediums, and as services started linking them up, people learned that they were a simple, effective way to join conversations.

How do you feel about hashtags now appearing in print and on TV?
I think it’s awesome. It’s the revenge of the geeks! I mean, I worked on cross-platform social networking technologies for years, trying to make it possible for, say, Twitter users to add Facebook friends without having to sign up for Facebook (heck, it’s how email works today) but really didn’t get nearly as much traction with those efforts as I did with the hashtag, and part of the reason, I think, is that it’s transmedia. It’s one thing to sign in to apps because you have to — it’s another thing to learn a lingo that allows you  to express yourself in a succinct, fun way. So  it’s logical that TV and print mediums would start to take cues from digital media. We still go to “webpages” — a concept from print. It’s about time the tail started to wag the dog.

Do you think hashtags have improved the Twitter experience or are they now cluttering and clogging it? Have people taken it too far?
I absolutely believe they’ve improved the content production and consumption experience generally. Hashtags aren’t limited to Twitter, so I don’t think you can just evaluate them based on how they’re used on Twitter. I see them used on Google+, on Instagram, in email — even in a newsletter from one of my favorite wineries. Do people overuse hashtags and misunderstand how to effectively use them? Sure — but there are many more cases where they’re used creatively, spontaneously, and with significance to suggest that they’re merely a nuisance.

What are the worst kind of hashtag abusers in your opinion?
I don’t think this behavior is limited to hashtags — I mean, any time you have people butting into conversations, or shouting just to be heard you have to consider the source and whether they’re actually adding value generally. I mean, whether they’re using hashtags or adding spammy links to websites, the intention is the same — to get attention based on the good works of other people. If you’re hashtagging your content but you’re not adding anything new or of value to the conversation, that’s definitely a kind of abuse. The good news is that most social networks make it pretty easy to block, unfollow, or mute folks who are repeat offenders.

How much do you use hashtags yourself?
Constantly. In email, in texts, on every social media platform. It’s just part of my vernacular, like contractions. My coworkers even say them out loud, unironically. “Hashtag fail.” Seriously.

Do you think Twitter and the Web now need something new to help streamline and improve the online communication experience?
I guess it depends. I think people always want to communicate, and gravitate towards communications platforms that facilitate open and clear correspondence. In the aggregate, do we need better tools to sift through and make sense of the glut of information in the world and available to us today? Absolutely. Hashtags are kind of a means to tag content on the production side, but the consumption side still leaves a lot to be desired. There are folks like Nova Spivack with Bottlenose or Prismatic that are doing interesting things in this space, but it’s definitely a hard problem. No one’s quite cracked it yet: delivering the right information at the right time from the right people with the right touch of serendipity so that you don’t need to do any extra work on your own.

What do you foresee for the hashtag in the future?
For apps that publish publicly, or that aspire to have their own mobile communities, I think hashtags are a great way to bootstrap group formation, so I see more and more services and apps supporting them from the outset. I see plenty of folks also trying to create more complex syntax or do more creative things with text — and that’s fine — but I just think we only have so much room in our brains for syntax when we’re on the go (or three sheets to the wind) to really go further than the mighty hashtag. But we’ll see.

What is on your radar right now as far as Web trends? What are you paying attention to?
The biggest things that people need to pay attention to probably have less to do with hashtags than with what’s happening to our computing environments — that Facebook and Twitter are built into the iOS and OS X operating systems is a huge development. It changes the entire calculus of success on the Web, and in the social space. #onwards