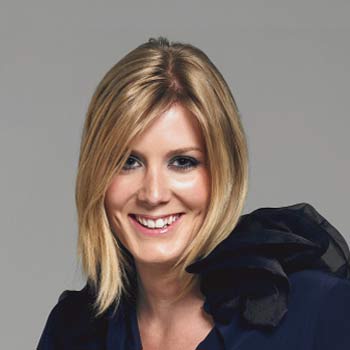 Bauer Media’s digital lifestyle magazine The Debrief launched at the beginning of the year, the height of the U.K.’s native advertising boom.

The Debrief was launched as a women’s site with content about relationships and modern life, with articles like how to kick your best friend out of your flat, or five things you’ll miss about being single. The twist in its commercial model was its editors would be directly involved in the creation of ad programs. The site has run native ad campaigns for the likes of H&M, Bacardi and mobile operator O2. 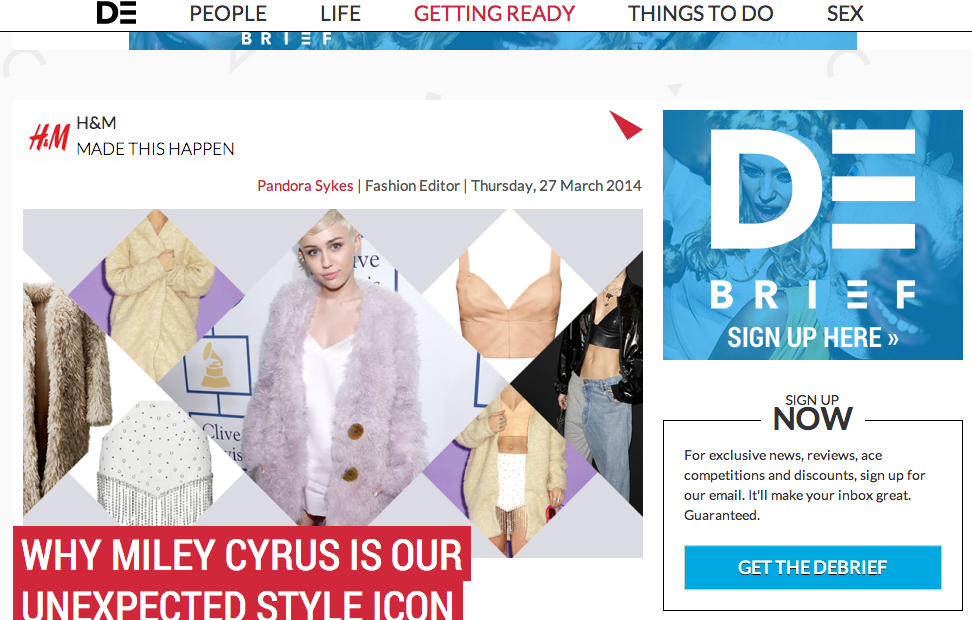 The site is now just over six months old and had 14 staff members. Digiday spoke to The Debrief’s editor Hattie Brett, a former assistant editor at Grazia, about how the first six months have gone, how advertisers have responded and what it’s like working directly with them.

Six months in, what progress have you made?
We were six months old, and in July we were just shy of 500,000 uniques and 1.2 million page impressions which has certainly exceeded our internal targets. More significant than the numbers, because we never intended this to be a mass brand for a mass audience, is that we’ve really reached the audience that we set out to. We did a big piece of consumer insight on the site recently, and the results were that our typical is a 24-year-old woman, she’s earning £7,000 ($11,700) more than her ABC1 counterparts, and 76 percent of them had shared content from the site.

And on the commercial side?
We’ve gone down the native route, and we’ve been lucky enough to work with like-minded partners like Bacardi, H&M and O2 on a three-month partnership. We really co-create content that adds value to our users. It’s fully badged on the site — we’re very transparent about the fact that Bacardi, [for example], “made this happen.” O2 are in an ongoing partnership with us and other brands that have run native campaigns since launch are Lifetime TV, 20th Century Fox and Columbia Records.

What’s it like working directly with advertisers?
I think it’s certainly something I’ve had to get used to as an editor. It’s not something that they teach you in journalism school and that you learn early on in your career. It’s really important for editorial people to be commercially minded now. I don’t think that that means you have to sacrifice what’s at the heart of your editorial integrity, which is your service to your readers, because at the end of the day, if lose your readers, you’re going to have no product and, therefore, no advertisers.

But there can easily be a conflict trying to do both.
My loyalty and everything I focus on and think about is whether this is right for my readers. But our audience, certainly, expect content for free and are savvy enough to know that if they want that content for free, then someone’s got to pay for it. [This works] as long as you’re working with like-minded [people] who share your ideals and brand mission, and you can work them to create content that is actually valuable, rather than irritating.

Lots of journalists are wary of media going down this path.
[Journalists] need to begin to feel a bit more comfortable with this and figure out where their boundaries lie. I’m a controversial editor for saying that I don’t mind working on native deals, but my reasoning for that is that as long as you maintain your editorial integrity, actually it can be a good thing. I’d prefer to be involved in [a deal] from the beginning to help shape it.