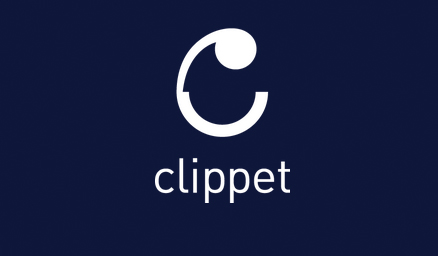 The London-based startup was launched in September and comes with an impressive pedigree: James MacLeod, grandson of Rupert Murdoch, is a co-founder. Each day Clippet offers a selection of 10 news stories digested into one-minute audio clips. It is an interesting twist on the current vogue for daily news digests, such as Yahoo News Digest, NYT Now and others.

The further, perhaps inevitable, twist: Clippet is going after millennials. Its team of six journalists are all under the age of 28. Young, often regional newscasters stand in contrast to the typical tone of British radio news bulletins. Eventually, it’s planning to pursue content syndication and sponsorship deals to turn a profit.

“I spent a lot of time listening to broadcast bulletins during the planning stages of Clippet, and none of them delivered news in a way I’d speak to my friends,” said Grace Regan, co-founder and editor-in-chief. “A lot of it felt bizarre, even archaic. There’s a lot of room to differentiate the delivery of news for 18- to 28-year olds.”

As such, the Clippit app is designed with the millennial commuter in mind, offering offline functionality. Each morning’s edition is downloaded over WiFi only, meaning cost-conscious users aren’t racking up large data bills. Social sharing is also baked in: People who are sent a Clippet but who don’t the app installed can access the news clip on its mobile site and continue to browse through the day’s top stories. The company is also sharing its content in daily editions on social channels like Facebook, Twitter and SoundCloud.

For now Clippet, which did not provide download numbers, summarizes news mostly from third-party sources, but original interviews are making their way into its daily digest. A news report about U.K. prisoners’ voting rights was followed by a segment canvasing young peoples’ views on the subject, for example. It also interviewed Channel 4 economics editor Paul Mason in the wake of the Greek election. Its political stance is “relatively left-leaning,” which may explain Prime Minister David Cameron, as unpopular as any politician in the eyes of young people, is often given a hard time.

“We’re focused on nailing our reports and making them as good as possible for now, before we start expanding our content in a major way,” Regan said. “Our stance is also something we’ve thought a lot about. Our target audience relatively left-leaning, and so that’s reflected in our output. We try and present both sides of the argument and offer balance, but it’s virtually impossible to be completely neutral.”

Clippet has received encouraging reviews for its novel form-factor, but industry observers say it’ll need to offer more than that to withstand the competition.

“Clippet News deserves an A for effort for producing a great looking product. However, I’m not sure the tone of voice is dramatically different from the of voice I’d expect from, say, BBC Newsbeat,” said digital media consultant Jon Bernstein. The BBC has in fact, in recent days, hinted at the launch of a new news delivery service called BBC Minute.

“I anticipate it’ll need to invest more in differentiating its reporting in its next iteration to become a serious contender. That’s how new-media poster boys like Vice and BuzzFeed have been built. Otherwise, it’ll be hard to build a unique, loyal following for the brand,” he added.

Whatever the company’s long-term goal, there’s a precedent for smart news services getting acquired without needing to create original content. Mobile app Summly, which used artificial intelligence to digest news articles into short text summaries, was launched in December 2011 by teen British programmer Nick D’Aloisio. In March 2013, it was acquired by Yahoo for a reported $30 million. That’s likely to have caught the ear of Clippet’s founders.