Media Buying Briefing: How two friends reluctantly got into media and built their agency from scratch into a $200 million business 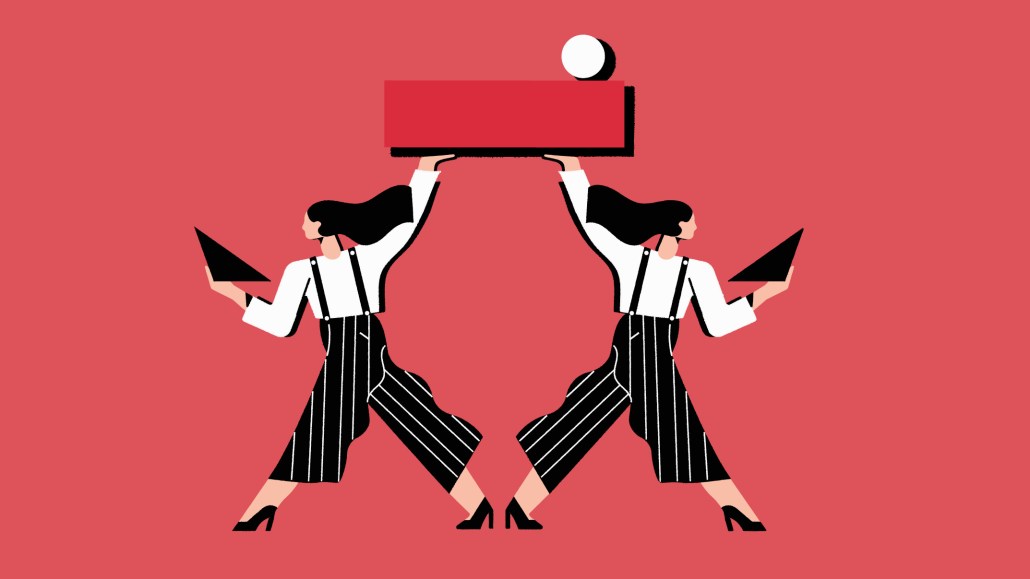 Media Matters Worldwide, an independent San Francisco-based media agency, might never have formed if its co-founders and co-managing partners Josy Amann and Taji Zaminasli hadn’t been subtly misdirected into the media side of the agency business at the start of their careers.

Both had planned to become creatives when they started their first jobs (Zaminasli at McCann and Amann at Lowe & Partners), but as Amann recalls, “they led me to the dungeon where the media department was.” Still, the two women gained knowledge and skill in media at their respective shops. They met in 2002 at a small performance agency, Becker Media, where they realized their complementary strengths — Amann in planning, traditional media and B2B, and Zaminasli in buying, digital and consumer — by lunching together every day for three years. Media Matters Worldwide launched in in 2005 with just the two of them working from home and no financial backers, but has grown today to 60 people (still mostly remote) and from $65 million in billings in 2020 to an expected $200 million this year, with clients including Shipt, Proactive, Sierra Nevada, SAP and Hitachi.

Digiday spoke with Zaminasli and Amann about the media business today. The interview has been edited for clarity and length.

In early 2020 when the world came crashing down around our heads, it sounds like it was an intense growth opportunity for you as you grew from 25 to 60 employees during that time.

Amann: Everybody had a moment of complete panic because everyone was shutting everything off, but … we’ve been in business so long, we’ve seen those trends happen. In 2008 was one of them, and then obviously COVID. I think we kept pretty level-headed. We’ve always kept our roster equal between B2B and B2C and I think that’s really kept us healthy over the years because when all of a sudden B2C freaked out because consumers weren’t buying anything, B2B still maintained. There really wasn’t much of a pause, so I think that really helped us keep our footing and then we pivoted and found new business, like Shipt, a grocery delivery company that couldn’t be more appropriate for the time.

Zaminasli: I also think the way we built our model over the years … you see ebbs and flows, and shifts with companies in-housing and then going the opposite way. Our model is almost plug and play. For some of our clients, we are agency of record, for some of our clients we handle their entire budget, working on the strategies and analytics. But then the [client] might have a really strong performance team in-house, so they do that while we work on the brand side and then bring it all together under one analytics deal.

Amann: I think another huge thing is that when Taji and I started the business, we were virtual. Even all the way up to 60 people we’re still a virtual company, and obviously that had big implications when COVID hit. For the last 15 years everyone has been telling us we’re crazy and that we should get an office. We just said, it’s not part of our model, and the strength that has brought us is that we have hired staff who are independent and love to work from home.

Zaminasli: I’d say 95% of our workforce has at least eight years’ experience. We’re in the 90s as far as retention rate, and we have a senior team. Agencies that are staffed with a junior team, you see a lot of turnover.

You bring a combination of brand experience, performance experience, B2C and B2B. Are there any kind of subsets within those disciplines where you stand out?

Amann: We’re often selling ourselves as much an analytics company as a media, buying, planning [agency]. We have clients that we’re working with their in-house performance teams. They were planning and measuring all of that in silos. That’s the rub because when you have  these large companies spending millions and millions of dollars on performance and then they try to add a brand layer, they have no way of connecting the dots and it doesn’t make sense to them.

For us, it’s about education, about setting up measurement and learning agendas, about setting up communication frameworks. It’s talking about the consumer journey and really mapping that all out so we can make sure that you have the right content. Because all too often they’re just stuffing their performance content and trying to prospect and it’s not going well.

How do you guide them through newer options where brand and performance can be tied closer together, like Snapchat or TikTok?

Zaminasli: I think it comes down to content and trying to understand how to speak to the younger generation and how to build those snackable videos that really turn that ship around, and some brands are doing it really well and some are failing, but everyone’s talking about it. Many of our clients are trying to reach teens. We have Proactive, which still runs a lot of traditional TV.  [Their hesitation around young-skewing social] is around the measurements. If they don’t see results right away then that means it doesn’t work. And that’s the education piece, going back to them to think about a platform like TikTok in a longer-scale strategy.

“Clutter is just as important to consumers and to the marketing efficacy as you can relate to. If you’re seeing 12 ads in a row, the likelihood of you memorizing any individual one versus seeing no more than 2 ads in a row is going to have a giant impact.”

—Krishan Bhatia, president and chief business officer, NBCU, on reduced ad loads on streaming platform Peacock, speaking with Mike Shields on the Next in Marketing podcast.