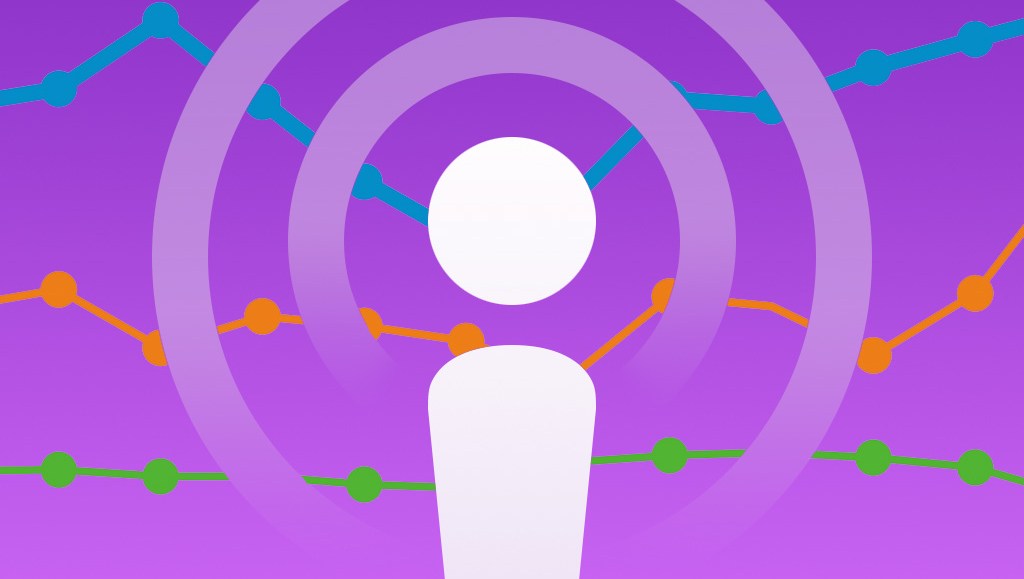 Apple has been a big factor in the growth of podcasting, but it’s also a major force holding the medium back.

Podcasts reached 65 million monthly unique listeners last month, according to podcast measurement firm RawVoice, which tracks over 25,000 shows. Apple drives the majority of that activity through iTunes and its now-default iOS podcast app. But the tech giant provides limited data to podcast publishers and advertisers — a continual point of frustration for the otherwise flourishing format.

“Podcasting has in many ways blossomed under the benign indifference of the iTunes store,” said Erik Diehn, vp of business development at Midroll Media, a podcast advertising network that sells host-read spots for over 200 shows. “Podcasts are the only part of the store where Apple doesn’t host the content and doesn’t monetize in any way, so it doesn’t have the same incentive to track them as closely.” A third party such as Nielsen embedding software in the podcast app, he said, “would change the game.”

Apple dominates the podcasting landscape, accounting for roughly 70 percent of all podcast downloads, according to RawVoice chief information officer Angelo Mandato. And Mandato is not optimistic Apple’s stance will change. “We believe Apple will never share [podcast] app usage information based on privacy concerns,” he said.

Apple offers data on total show downloads and subscribers, which are the primary metrics marketers use to calculate their podcast ad spend. Firms such as RawVoice can also track playback percentage and audio scrubbing for podcasts that listeners stream, not download. Media buyers can wring more precise data out of third-party apps and players, such as Stitcher or Soundcloud. And podcast publishers and sellers have started cobbling together basic demographic information, typically from opt-in surveys.

Yet altogether, the availability and quality of data on podcast advertising consumption pales in comparison to data for other digital media, such as video ads.

“The way that some of these tools piece together these download numbers can be bizarre, confusing, and not necessarily the most accurate representation of what’s actually happening,” said Ryan Stansky, marketing manager at Squarespace, a regular podcast advertiser. “You’d be surprised how many podcasts don’t even have analytics on their downloads.”

Yet over five years after placing its first podcast ad, Squarespace keeps buying more podcast inventory. It currently advertises on around 100 shows, according to Stansky, and would invest more if more high-quality inventory were available. That’s because podcast advertising has worked well for direct-response advertisers such as Squarespace, which use offer codes to link new customers to podcast advertising on specific shows.

“We don’t worry about measurement as much as we used to, because the single best indicator we have that this is a good ad medium is the direct-response guys,” said Midroll’s Diehn. “They’re trying to stretch limited budgets, and they would not use the medium if it did not produce demonstrable results.”

Yet large brand advertisers have been slower to embrace the medium because of its relatively small scale and immature analytics. That wariness is fading as the industry grows and, slowly, collects better data. Midroll has worked with Turner, IFC and HBO; Toyota and Scion have sponsored WBEZ’s “This American Life” (though both came in through the radio side); and Slate has attracted Acura as a podcast sponsor.

“We are talking to Fortune 500 companies, which did not happen as much a year ago,” said Diehn. “Part of that is ‘Serial.’ Not that ‘Serial’ changed the audience dramatically, but the broader coverage of the show and the recognition of the medium as an actual viable form suddenly made it OK for people in large marketing departments and agencies to start talking about it.”