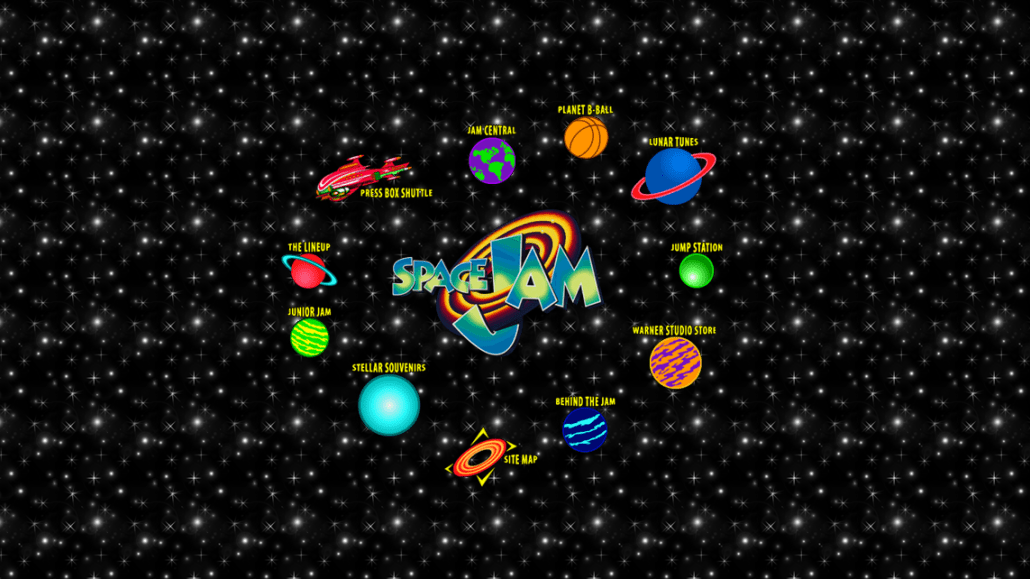 Scott Greer, digital marketing specialist and Maureen Higgins digital marketing manager at Nashville-based agency Bohan started a fun side project in the form of a Tumblr. It’s called Internet Time Machine, and it showcases screenshots of funny examples of websites from the 1990s and early 2000s, the early days of the Interweb.

Greer and Higgins took time to talk about their Tumblr, why nostalgic content does so well these days, and what the future of the Web looks like.

What gave you guys the idea to start the Tumblr?
Scott Greer: While redesigning our new website, we started talking about old versions of it but couldn’t seem to dig up screenshots anywhere. A co-worker told us about this Web archive site called the Wayback Machine, and then, just for fun, we started searching for some big-name companies to see their outdated website designs from the 1990s and early 2000s. From there, we were pleasantly surprised just how outdated some of the sites were. Fast food restaurants in particular were absolutely hilarious, and that gave us the idea to document some of the best ones with our own Tumblr blog called “Internet Time Machine.”

What is it about Web artifacts that people like so much?
Maureen Higgins: People find humor in antiquated technology — I think it reminds us of the progress we’ve made in such a short amount of time. People remember the AOL dial-up noise, and it makes them feel nostalgic towards their first experiences and interactions on the Internet. I myself will hang onto my VCR and Walkman until I am 80.

SG: On the Internet, a website from 2000 feels like it was built in 1900. There is something fascinating about how quickly the Web progresses, and it makes people reminisce very easily about trends of yesteryear. Even something from 2010 can feel outdated, and responsive design is a testament to the ever-changing nature of the Web.

BuzzFeed has a whole section devoted to blasts from the past. Why do you think nostalgic content does so well online?
MH: Thinking about the past is less scary than thinking about the future. People find comfort in the things that made them happy in the past. It’s funny because I think in some ways the Internet ruins nostalgia. Your mind remembers a TV show or a commercial fondly; the Internet allows you to take 5 seconds and actually locate it. Sometimes things we remember as awesome aren’t awesome, and the Internet helps you realize this.

SG: The Web redefines what nostalgic means. The online world moves so fast that basically anyone who has been alive for the past 20 years or more has a first-hand account of the evolution of the Web. That being said, everyone can relate to what has happened since the days of AOL or MySpace, and it’s incredible to witness something from just five years ago become “nostalgic” virtually overnight.

What are some defining characteristics of 1990s and early 2000s websites?
MH:  Awesomely bad clip art and animated backgrounds. It’s funny because early websites actually seem simpler. Quick navigation and limited page content were key because you’d still have to wait 30 seconds for even the simplest page to load then.

SG: Cheesy animations, excessive use of Times New Roman, and a ton of “this site is best optimized for Netscape and Internet Explorer,” which is pretty comical in today’s world of Chrome and Firefox.

What trends do you foresee for the Web?
MH: I would say broadly that mobile devices and multi-screen experiences are where we’re headed. People aren’t just watching TV anymore; they using their other devices to help them consume traditional media. Once marketers start making multi-channels work together seamlessly, the entire game will change.

SG: As everyone knows, it’s impossible to predict anything on the Web. However, one of the biggest trends I foresee is the rise of social data being used for traditional media purposes. It’s incredible to think about the amount of consumer data that Facebook has at its disposal, and once that can be used to inform other media decisions, the advertising and marketing world will change dramatically.

Do you think responsive design is worth all of the hype?
MH: If it’s done right, yes. Anything done poorly is a poor experience. We’re all mobile now, so whether designing responsively or not, you have to think of mobile first. If you try to squish a desktop site onto a mobile screen, whether it’s designed responsively or not is irrelevant. People don’t have the time or energy to consume massive amounts of content on your site, no matter what device they’re looking at it on. When we redesigned our site, we started at 320 and worked our way up to a more robust desktop experience.

SG: Responsive design is an incredible new technology, but it really has to be executed correctly. That is to say, a mobile-first approach is essential for designing a website that will adapt to various devices. You cannot just create a desktop design and expect it to naturally “collapse” into the mobile format. As we all know, mobile is king, and your responsive site must be developed entirely around that fact.