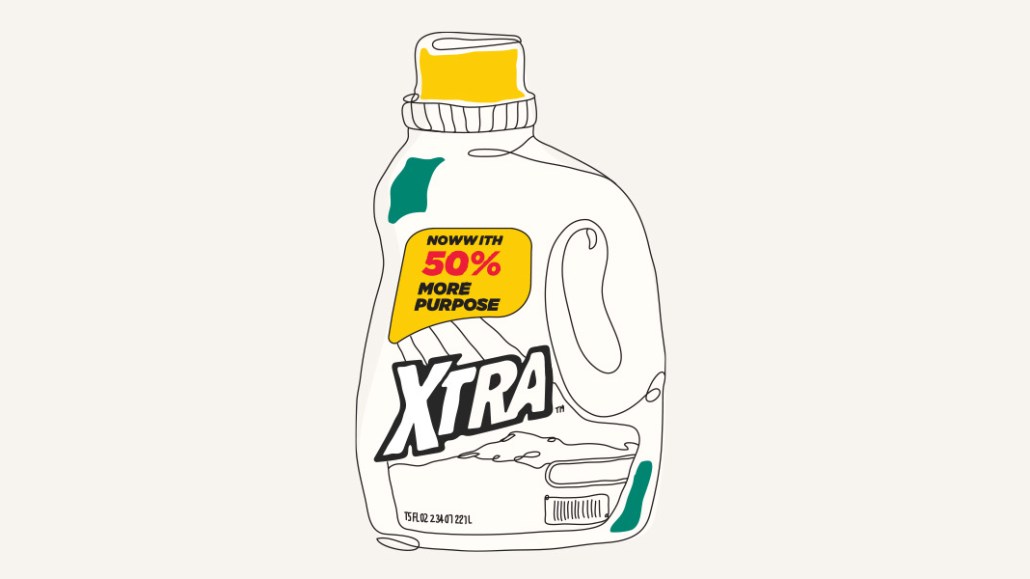 Just over a year ago, Pepsi released its now infamous spot starring Kendall Jenner in which the star stops her photoshoot to join a protest rally, handing a Coke to a police officer in a symbolic gesture of friendship.

It’s easy to imagine some ad executive checking off the ingredients that would make the ad a hit: a star adored by a young cohort of millions on social media — check. A connection to a current issue that the audience is experiencing — check. But, barely 24 hours later, the ad was pulled with an apology from Pepsi following backlash blaming the brand for trivializing the Black Lives Matter movement.

While undoubtedly a fiasco, it was an example of a brand trying to grasp for purpose — something brands feel like they need to do more and more. In an age where algorithms pull trending conversations to the top of feeds and competition is more brutal than ever, brands have to stand out in other ways: Simply selling things is no longer enough. Nike recently received overwhelming accolades for reviving its partnership with former quarterback Colin Kaepernick, who famously took a stand when he knelt during the national anthem to protest police brutality.

“Consumers want you not to just sell a product, they want you to have a purpose and do good in the world,” says Cecelia Parrish, senior strategist at The Martin Agency. The unfortunate truth is that, more often than not, companies align themselves with causes or call themselves “purpose-driven” because they have strategic intentions to bolster positive PR and drive sales, not because it’s part of their company’s DNA or they actually care.

“There’s big business in cause-related marketing,” says Pete Imwalle, executive vice president and chief operating officer at Santa Monica-based agency RPA, who works with Honda to promote more of its philanthropy work the company has been doing for years but out of the public eye.

Brands have been hopping on the purpose-driven bandwagon for some time now, but over the years, becoming a purpose-driven company has evolved into more than putting a donation jar at a cash register. Company-wide, everyone from the staff to the heads of corporate are supposed to align with a cause the business genuinely believes in, and ideally one their customers do too, whether it’s the environment or female rights.

Multiple research reports have revealed that cause-driven marketing campaigns lure in consumers — and especially high-value Millennials. A May 2017 study from Unilever revealed that out of 20,000 adults, more than a third of consumers choose to buy from brands they believe are doing social or environmental good, while a study from agency Cone found that 77 percent of consumers feel a stronger emotional connection to purpose-driven companies.

Several companies have proven the philanthropic model successful and paved the way for other companies to believe they can accomplish the same level of popularity. Advertisers point to Patagonia and Toms Shoes as companies that have been successful in going after consumers’ hearts because they engrain their causes into their entire company. Patagonia, with its environmental activism focus, went as far as to close down its stores down to get people to participate in The People’s Climate March, while Toms Shoes has weaved social good into the mission of the company from its conception, giving one pair of shoes away for every pair bought. Patagonia proved that it worked: the company brought in $10 million on that Black Friday and donated it all. There are now agencies that exist solely to do cause marketing and strategize with companies to become purpose-driven.

Some advertisers aren’t shy about calling out the BS around purpose-driven marketing. “Let’s be candid — very few brands invest in cause marketing purely out the goodness of their hearts,” says Benjamin Arnold, managing director at agency We Are Social North America.

“They do it because it works and they can get away with it,” says Bonnie Patten, executive director at Truth in Advertising, a nonprofit that acts as watchdog and calls out deceptive and false advertising. “Government agencies are slow-moving and don’t have enough funding or staff to pick up the enormous amount of deceptive advertising, which can be very lucrative, and unfortunately works.”

Patten has witnessed the rise of purpose-driven marketing in the past couple of years and has tracked federal cases building against companies that take it a step too far. For example, she claims Seventh Generation is an abuser of greenwashing. The company markets itself as all natural with a goal to protect the planet, but recent class action lawsuits show it uses synthetic materials. Procter & Gamble has been called hypocritical by Patten, using female empowerment messages while their corporate boards are male-dominated. And Airbnb only took up a stance on diversity after the company experienced a wave of backlash over racism on its platform. So while purpose can be big business, it’s harder to link it to a business process.

“If you’re doing cause-related stuff and it’s not legitimate, it can backfire,” says Imwalle.