‘Layer of data and efficiency’: How TechCrunch took Disrupt virtual — and grew for its tenth anniversary 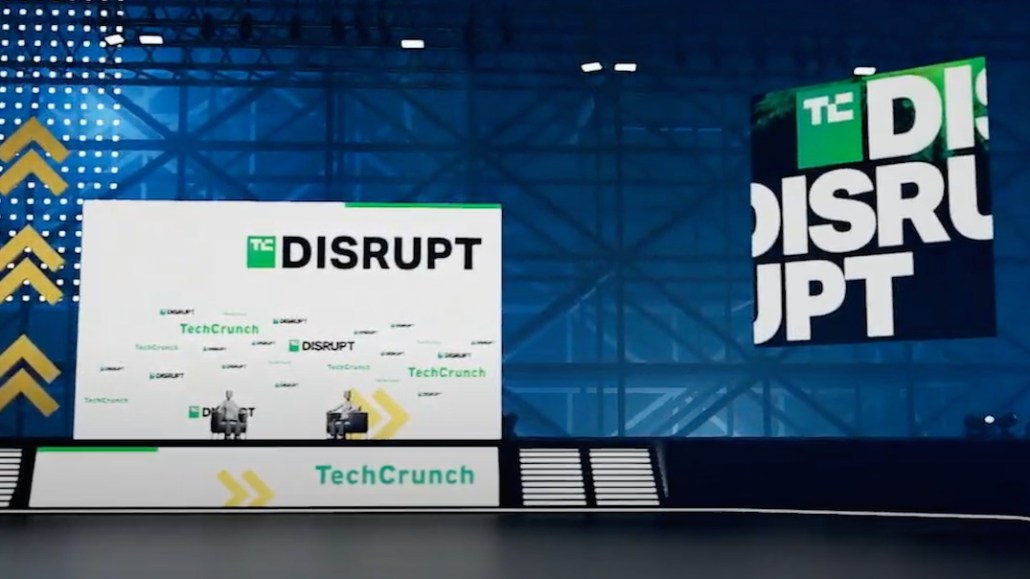 In a normal year, TechCrunch’s Disrupt conference fits an expo hall, a startup competition, hours of educational and newsmaking content and many days of networking into three days at the Moscone Center in San Francisco.

Next week, for the event’s tenth anniversary, TechCrunch will try to cram all those things into attendees’ computers, roughly six months after the tech news site’s leadership concluded that an in-person version of the event would be impossible.

But it has also hit upon a number of new product features and ideas that it expects will become fixtures in future TechCrunch events.

After deciding in late March that Disrupt would have to be virtual, TechCrunch’s business team began reaching out to vendors in the virtual event space, using notes and research provided by one of the site’s editors, Greg Kumparak. Preserving the quality of the content and presentations, maximizing networking opportunities and preserving as much of the feel of the expo hall as possible were among the top priorities.

Years of covering the startup world helped. “We basically skipped the line with a lot of different companies,” Hinson said, noting that some of the vendors it wound up choosing had presented or attended Disrupt in years past.

Some solutions TechCrunch hit upon were logistical rather than technical. To mitigate screen fatigue without cutting down on sessions or presentations, for example, TechCrunch expanded Disrupt from three days to five, with tracks running across multiple time zones; U.S. Disrupt programming begins at 9am, PT, and normally runs until early afternoon, while Disrupt Asia programming begins after 10pm, PT.

But some solutions were technological. To create a more visually engaging setting for Disrupt’s programming, TechCrunch created a 3D rendering of the Moscone Center using a combination of green screens, real sets and video call-ins from guests.

Disrupt’s programming is also crammed with reminders that Disrupt is celebrating its ten year anniversary, TechCrunch managing editor Jordan Crook said. A group of presenters who have attended and presented at previous Disrupts, called the TechCrunch Ten, are layered throughout the programming, using testimonial videos as well as a content segment called the Pitchdeck Teardown, in which the TechCrunch Ten, which includes venture capitalists such as Aileen Lee and Drew Houston, offer feedback on several early stage startups’ pitch decks.

Crook built more breakout and networking sessions into each day’s programming too, and the events team added product features to connect attendees with similar interests. One, called CrunchMatch, suggests attendees to one another based on their interests and invites them to connect; another will randomly pair people who selected the same topics when they registered for video chats. Attendees can also convene small groups and hang out via video chat during programming sessions.

To preserve the serendipity of finding a random booth in the convention hall, exhibitors can announce, using notifications, that they are hanging out live at their virtual booths.

TechCrunch cut ticket and exhibition prices for Disrupt this year roughly in half: Prices for individual tickets begin at $350, down from $695 last year, while exhibition passes cost $445, down from over $1,000 last year. TechCrunch is also selling a Disrupt Digital Pass for $45 that offers access to one stage of programming, but does not include CrunchMatch.

Even at those prices, stiff by virtual event standards, Hinson said TechCrunch expects between 10,000 and 15,000 attendees this year, roughly in line with last year’s attendance figures.

While ticket revenue will be down, sponsorship revenue, which accounts for at least 50% of Disrupt’s revenues, will be up year over year, thanks to more expensive sponsorship packages; Disrupt’s 35 sponsors, which range from AppsFlyer to Toyota, are paying 6% more for packages this year than last year, Hinson said.

That’s partly because the digital version of Disrupt offers opportunities that an in-person event wouldn’t. For example, Disrupt will feature more branded content sessions and presentations than in years past, and sponsors will be able to more easily track who attends those presentations, giving them a chance to gather leads.

“There are a lot of ways to drive registrations in a way that you can’t do at an in-person event,” Hinson said.

While most media companies are grappling with the differences in revenue between in-person and digital events, many see opportunities in the ability to track and measure what happens in a digital environment. “I think the byproduct of there being a lot more data that gets generated as a result of these systems creates that opportunity [to monetize more effectively],” said Eric Fleming, the cofounder of the experiential agency Makeout.

But, Fleming added, many advertisers will need to see proof that that works before committing to spending. “You kind of need a case study to have a solid argument for an advertiser.”

https://digiday.com/?p=377175
Most Read
Trending in Publishing in the Platform Era
Digiday Top Stories