Why the Lad Bible, Uber and Deliveroo are urging UK youngsters to rock the vote 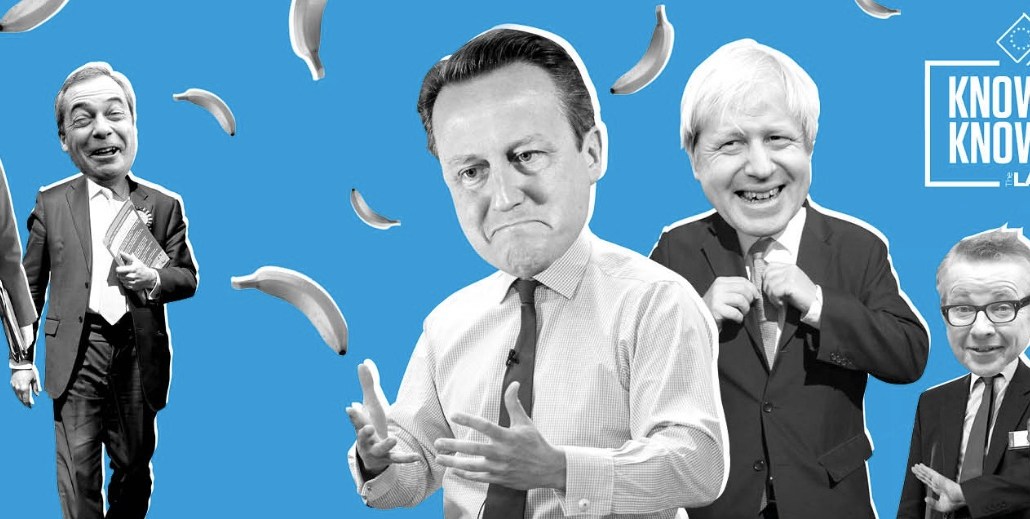 With the EU referendum looming on June 23, brands and publishers are teaming up with Downing Street to bring out the youth vote.

Two weeks ago, the government turned to tech companies to help them get younger people registered to vote in the EU referendum on whether the U.K. should leave the European Union — the so-called “Brexit,” or British exit, vote — before the registration deadline closed on Tuesday.

Businesses including Tinder, Deliveroo, the Lad Bible, Apple and Google met with Prime Minister David Cameron and charity Bite the Ballot to discuss non-partisan efforts to reach the 7 million people who are eligible to vote but not registered. Cameron himself joined Tinder last month to encourage young voters ‘swipe right’ when it comes to registering.

“We’re a group of tech businesses that have access to the points in your life where you’re most receptive to a message,” said Mimi Turner, marketing director at the Lad Bible. “We’re all interested in some form of physical activation.”

Without taking a position on the vote, the Lad Bible has spent the last three months regularly publishing stories and explainers on the referendum itself (like, well, “What the Fuck is the EU Referendum?”). Since the meeting, though, the beer and bros title has increased its output and run a further 12 pieces of content under the cutely named campaign “Knowing Me, Knowing EU,” pushing people back to the registration page in the last two weeks.

And it seems to be working. Using link-shortener tool Bitly, the Lad Bible has driven 45,000 clicks to the voter registration page since it was created May 27, which works out at 20 percent of all Bitly traffic that has been driven to that registration page.

The articles have kept along a similar vein of “These are the referendum game changers you need to watch out for,” looking at how a Brexit would affect the price of a pint, European players on football teams, going on holiday or studying abroad.

One of its most popular videos, with 1.6 million views and 1,600 comments on Facebook, explores whether someone who eats at the upscale bakery chain Greggs is more likely to vote for Brexit than someone who eats at the Portuguese chicken chain Nando’s. Each piece of content has a poll, which at time of writing found that 58 percent of readers would vote to remain, while 42 percent would vote to leave the EU.

Uber has been showing passengers messages while they waiting for their cars, saying, “What could you do in the three minutes it takes for your Uber to arrive? How about registering to vote? Around one-in-three eligible 18- to 24-year-olds are still not registered. Put simply, that means they are missing out on having their say.”

Deliveroo ran similar messages while people were waiting for their food order. However, neither Uber nor Tinder has been sharing Bitly links to push voters back to the registration page.

Data from SimilarWeb, which in this instance tracked referrals only from desktop sites, show that the biggest traffic referrer to the registration page is a handful of government sites. The BBC is fifth, referring just 3 percent of traffic, and the Guardian is the 13th-biggest referrer, sending 1.2 percent there.

Even so, in the last month, 1.65 million (out of 7 million) have registered to vote, according to The Electoral Commission. Whether they turn out to the polls is another matter.