‘Keep an open mind and take some risks’: How National Geographic is adapting its Instagram feed 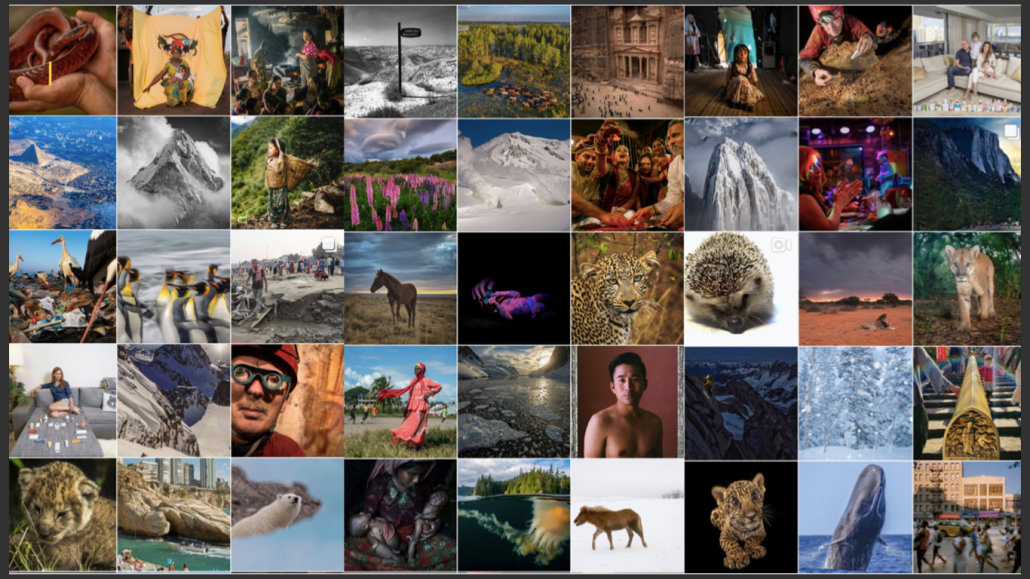 National Geographic’s main Instagram account, @NatGeo, is the 11th most followed account on the platform, with 137 million followers at the time of publication. And the biggest challenge of running an account of that size, Josh Raab, director of Instagram at National Geographic, said, is perfecting the balance of the page’s makeup and making sure that all elements get an equal amount of attention.

Despite joining the social media site in 2006 and having 14 years of data surrounding how well certain types of posts perform compared to others, Raab said that data does not ultimately play a significant role in determining what his team will post in any given day.

There is “a danger in pretending that you know” exactly what followers will respond to and engage with, Raab said in the latest episode of The New Normal, Digiday’s weekly show. “It is often hard to predict what will go viral. Things that are viral are often things that have a certain ingenuity and have not been done before.”

Raab said that it takes an even more concerted effort to not only go viral but to stay true to your brand during a pandemic. His team has had to get creative with new ways of filling the content funnel and experimenting with the way they tell stories and educate readers on the platform.

“You have to keep an open mind and take some risks,” he said. Below are some highlights from the conversation, edited for clarity.

Raab said that there has to be a balance in what the content output is representing. This means which areas of the company are being promoted (digital, magazine, its parent company Disney, etc.), how much sponsored and branded content is allowed in the mix, and if the photographers’ content is being posted equally. The main account has 130 photographers contributing to it and sometimes there are so many submissions that photos are sitting in the queue for a month before they get posted.

The formula for posting

In order to stay one step ahead of Instagram’s ever-changing algorithm, Raab said that the number of posts made in one day on the main profile’s account toggles every few weeks. “The algorithm is not stagnant,” he said, adding that for a few weeks eight posts will be made in a day and then a few weeks later that number will drop down to four, the goal being to “maximize the percentage of impressions that we’re getting.”

As for posting Instagram Stories, this number has recently been closer to two to five stories per week, since Raab says they often involve video and are harder to produce than a regular post.

Instagram Stories are incredibly hard to produce well, Raab said. This is because they require more of “a storytelling arc and are more video focused often than curating the feed, which tends to skew more still-based and is more traditional photo editing,” he said.

What Nat Geo does not do is delete poor performing posts. “If we wanted to play into the algorithm and what we thought people wanted, we would just post a lot of furry, cute animals with high saturation and contrast and call it a day, but that’s only a small part of what we’re trying to achieve here,” said Raab. But it’s not solely about earning the highest number of likes. The ultimate goal, he said, is educating readers. “We’ve been tricking people into learning” since National Geographic was founded in 1888, he said.

Using AR to pop on the platform 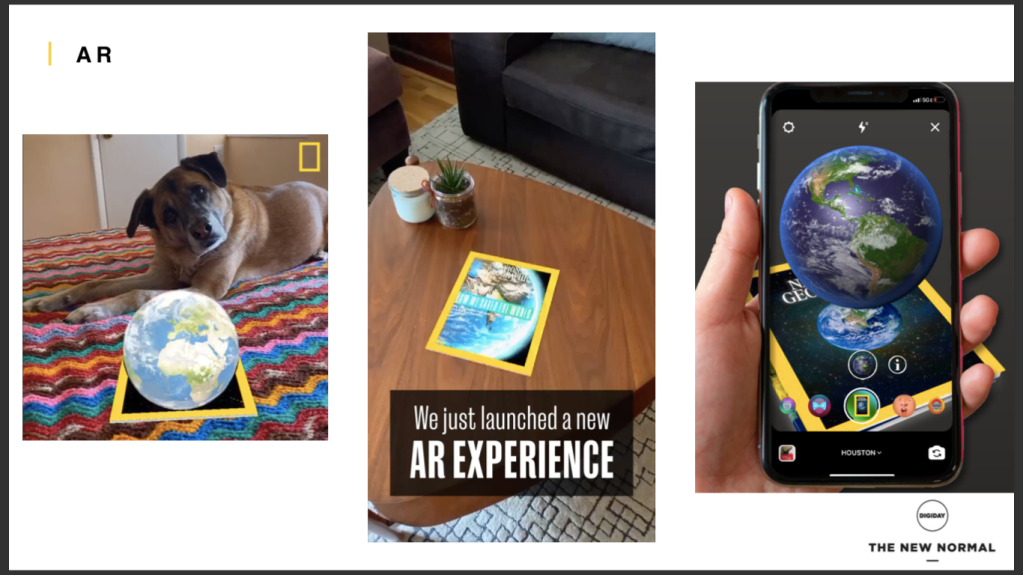 Raab said that virtual reality content packages allow for more immersive campaigns, but augmented reality is far more accessible and can still produce shareable content that viewers will interact with.

Being a publisher that depends greatly on images taken from around the world, the pandemic has naturally caused some production issues for National Geographic, according to Raab. The team is no longer able to assign photographers to go places further than a drive away, and even then, the photographers are mandated to follow the local guidelines of where and how they are allowed to do their jobs. Any assignments also need to be approved by Disney’s legal team.

“A lot of shoots were canceled or postponed,” he said. They are not without content, however. Having a global network of photographers is allowing them to still get local shots from their homes. Additionally, his team has been relying a lot of archived content and using the captions to update readers on the photo’s subjects during the pandemic.

Beyond that, the team’s editorial calendar can sometimes stretch years, if not a decade, in advance so it is sitting on fresh content that has not been seen before, despite it being years old.

Launching a channel to go behind the camera

While NatGeo’s account thrives on highlighting its content versus any one photographer or figurehead for the brand, during the pandemic, it rebranded one of its secondary accounts to “Nat Geo in the Field,” to show what goes into taking a photo for the publisher. Six to 12 photographers at a time, while on assignment, are given access to the account to post images of themselves and include their stories of what happens to them while on assignment. The channel has 12 million followers.

While its main account can sometimes have months of time between when the photo is taken and when it gets posted, this channel enables National Geographic to be more reactive and immediate.

Join us for our next episode of The New Normal on Friday, June 5 at noonET. Chad Mumm, svp of entertainment at Vox Media Studios, will talk with Digiday editor-in-chief Brian Morrissey about the studio’s approach to remote video production and the future of live-streaming. Register here.

This story previously stated that photos posted to National Geographic’s main account can sometimes take months or years, rather than just months, between the time it was shot and when it gets posted.