Matt Taibbi on how the Internet altered the news business 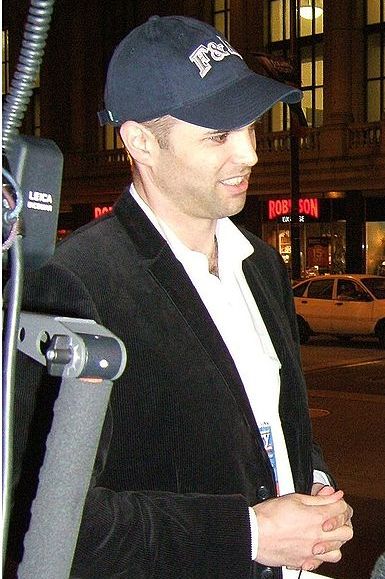 Last week, investigative reporter Matt Taibbi became the latest journalist to leave the confines of a high-profile legacy media company to hang a digital shingle of his own. The 43-year-old Taibbi, a National Magazine Award-winner for his reporting on the 2008 election, announced he will be leaving his perch at Rolling Stone to join Pierre Omidyar’s First Look Media, where Glenn Greenwald, Jeremy Scahill and Laura Poitras are already on board. Taibbi will lead his own publication that, as of yet, does not have a name or a precise launch date.

Digiday caught up with Taibbi late last week to discuss the move. Excerpts:

Aside from yourself, there have recently been several others launching their own verticals —
[Laughs.] I just learned that word “vertical” a few days ago.

Well, between you and Glenn Greenwald and the Washington Post’s Ezra Klein and Bill Simmons at Grantland among others, there seems to be a trend of marquee journalists acting more entrepreneurial.
The business is changing. There was a business model that existed in journalism for eons, and the Internet is changing that entire dynamic. I think there’s going to be some tendency toward enhancing the direct relationship between readers and writers, and that makes sense. At the same time, we’re going to have a tone that’s more like a magazine than a site dedicated to one person. In the same way that Rolling Stone is a magazine with a voice, we’re going to try to have a collective voice.

Speaking of Rolling Stone, what sort of impact do you think your departure will have on the magazine?
Rolling Stone has been successful for so long, and they have the ability to continually scour the landscape for young writers. They have great editors there that have really good instincts for good writing. My former boss there Will Dana is one of the best in the business in the sense of knowing what people like to read and finding young people who have something interesting to say. The magazine is unique in that it is a privately owned company. It’s free to explore things that other companies aren’t. They’ve done a really good job with long-form investigative reporting. But the young people have to replace the old people, and I’m an old person.

You’ve experienced launching a publication in the past, for ex-pats in early ’90s Moscow, so it was different in nature. What lessons did you learn that might still be applicable to this new venture?
The first thing is not to put me in charge of any business affairs. From an editorial perspective, we tried a lot of things. I learned how readers respond to having fun with the medium, which is what we will try to do.

Can an ad-supported model back good, sharp journalism that pisses people off? Aren’t there inherent conflicts to having rich backers, too?
It’s hard to say. I think that’s one of the things that’s being sorted out right now. How does this all get paid for? Clearly there has often been a conflict between advertisers and the editorial side. I don’t think it’s a perfect union. Any journalist will tell you it’s not absolutely the most ideal way to go about pursuing your business model. That doesn’t mean they can’t have a place. We’ll find that out. It might also be a model where people pay for the service the way people pay for HBO. Journalism doesn’t have to cost a lot. I think news organizations just have to have the ability to find room for it. In modern newspapers, one of the problems was you just couldn’t employ somebody who didn’t publish every day, who published every six weeks to two months. On the Internet, overhead might be low enough where that’s possible.

What will be the biggest story of the year do you think?
In the world that I cover — the Wall Street high-finance stuff — it seems like every week there’s a new cartel-style manipulation scandal. There was Libor, there was this foreign-currency exchange thing, a lot of stories about mafia-style corruption where banks are colluding, price fixing. That’s going to be a major concern of people who do the kind of work that I do for at least a while anyway.

Sounds heavy.
We’re going to try to do something that’s fun and funny, too. One reaction that I got from people yesterday was, “Is this going to be all 9000 word stories about credit default swaps?” It’s not going to be that.