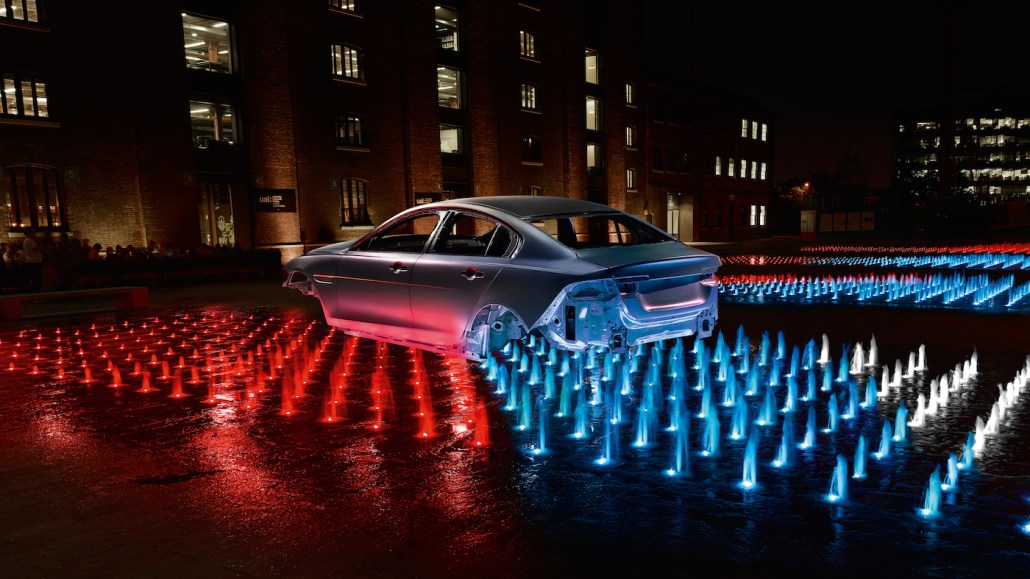 Jaguar Land Rover is coming around to the idea that appearing next to fewer but more relevant videos on YouTube won’t come cheap.

The irrelevancy of ad placements on the video site is a pressing issue for the car manufacturer, perhaps even more of one than its brand-safety fears. JLR isn’t spending as much as it did on YouTube since it was revealed as one of the brands that had its ads misplaced on the site, but it wants to — it’s just cautious about the returns from its spend there. When JLR’s spending on YouTube returns to the previous levels, it will focus more on knowing where its ads run.

Dominic Chambers, JLR’s global head of digital marketing, said if that means the brand’s videos appear on a smaller pool of channels, then so be it. There’s no point in a JLR ad appearing next to gaming content when those videos are mainly watched by kids, for example. It’s not like TV, where a carmaker could justify a similar placement with the likelihood that an adult and their child would watch the program.

Chambers doesn’t control JLR’s media budget directly, but he does influence how it’s spent, which will increasingly lead to his peers accepting that greater relevance on YouTube will cost more. In other words, through services like Google Preferred or via private programmatic exchanges, the brand is removing channels that may be brand-safe yet aren’t relevant — the so-called long tail of content that would have bloated previous campaigns to maximize reach. Chambers said costs have increased when the brand bought ads on a smaller number of channels, but he believes sharper targeting and “a better-quality experience” offset the additional expense.

“There’s lots of data to prove that if you’re in a relevant context, then you have much higher engagement and action,” he said.

There aren’t many brands with the resources to sift through thousands of YouTube URLs, monitoring what is uploaded to the channels they want to appear on. It is difficult but possible, using technology, to pick the specific YouTube videos you want your advertising to appear against. JLR is working with Google and analytics company OpenSlate to do this and ensure its cost-per-video rate doesn’t increase too much, Chambers said.

Digital agency Jellyfish set up a similar service for its own clients, and its KPIs are off the chart because it’s targeting the consumer based on their viewing habits and not targeting a cookie, said Daniel Wilkinson, head of paid media at Jellyfish.

YouTube is too big to avoid for a long stretch of time, and it has become a key destination for people preparing to buy a car. Like many of his peers, Chambers has pressured the business the video site to ease the tension between reach and relevance. “It was unfortunate about the [brand-safety] issues we had earlier in the year,” he said, “but Google [is] putting in account-level controls [so] that as long as we can set them up globally, [that] will mean we’ll be back on it.”

JLR’s future on YouTube is likely a key talking point in its current media review. While its incumbent media agency Mindshare buys YouTube inventory in the U.K., a significant chunk of its European spend on the site goes through DBM directly. Whether JLR sticks with Mindshare or looks elsewhere hasn’t been announced, though Chambers said its contract will change to create a more transparent model. JLR started the review just days after The Times of London revealed that ads for a number of major brands, including JLR, had appeared on extremist videos or sites.