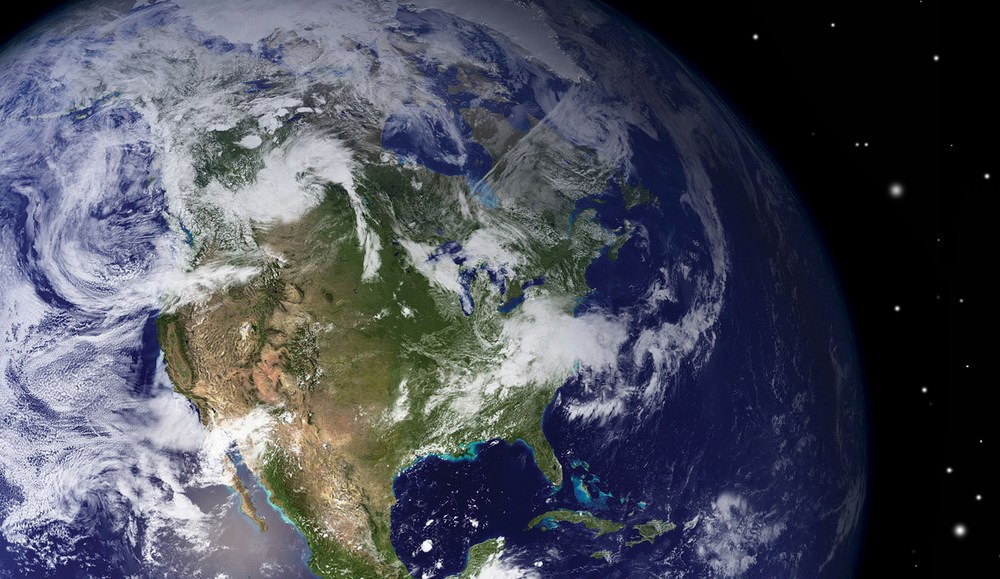 In the midst of an hourlong discussion at the Weather Company’s New York City headquarters, Weather CEO David Kenny pulled an iPhone out of his pocket and began to demo his company’s app. On screen, a picture of a well-kept home in spring sunlight served as the background for the day’s forecast: 53 and sunny. After holding the screen for a few seconds, Kenny swiped to the next day, where rain was predicted. The sunny sky, on cue, turned overcast.

A few moments in, it also became apparent that Kenny’s entire screen was a big ad for Home Depot. The advertiser’s square orange and white logo was tucked neatly into the lower right-hand corner along with a discreet Home Depot offer immediately to its left. The offer, while unassuming, is the key. Through it, and other ad units across the company’s properties, Weather is working with advertisers like Home Depot to serve ads based on intent derived from weather conditions, current and predicted.

Kenny believes weather data is as good of a predictor of intent as search and, when harnessed correctly, it can signal to advertisers what and when messaging will resonate. The idea is the data can improve performance of not just online display but social, video, email and CRM marketing as well. On a digital advertising level, the data is valuable enough to improve not only the performance of campaigns on Weather’s owned and operated properties but the performance of campaigns across the Internet. And, to use it, advertisers will have to go through Weather.

To understand the Weather data thesis, consider the challenge for for advertisers wanting to sell beer in the summer in Atlanta. The Weather team shared a finding that, in the summer, no change in weather condition will incrementally lift Atlanta beer sales. In Chicago, however, four consecutive days of below-average summer temperatures will spike beer sales by 20 percent. In the fall, beer sellers in Atlanta might have better luck. Three consecutive days of above-average temperatures in that season cause Atlanta beer sales to spike. Armed with this understanding, beer marketers can figure out when and where to spend their money.

Another example: A crafts store came to Weather hoping to deploy an ad campaign that would run on rainy days. Before executing the campaign, though, the Weather team ran five years of the store’s sales data against five years of weather data. The team found that the most effective time to advertise was not during the storm, as the crafts store thought, but three days before a rainy day weekend. The store agreed to the tweak and, according to Weather sales executive Eric Hadley, saw a lift in sales as opposed to an original marketing strategy that would have “tanked their business.”

Weather’s mastery of data, according to Vikram Somaya, the Reuters exec Kenny poached to run the WeatherFx unit, is helping the team find connections for brands not traditionally thought of as weather endemic. “The more we talk to our clients,” he said, “the more we are able to say here are all the things you thought you knew which are not correct, and here are all the things you had no idea about.”

This sounds familiar. In fact, it’s the same story Google’s been telling for years. Its trove of data contains invaluable nuggets for advertisers. Mine the data, and you’ll find the real story, not the one you assume.

That’s why Weather has overhauled its entire sales approach. Before Kenny arrived, the company operated like a typical, high-reach publisher. It sold its inventory like any traditional publisher, based on audience and reach. The company was led by Mike Kelly, whose resume was filled with content-publishing experience at AOL at Time Warner. Sales were run by Beth Lawrence, a Yahoo veteran of the heyday of portal ad sales. Kenny tends to look at media differently. While the longtime CEO of an agency, he has viewed media through a data prism for some time. Digitas’ roots were in CRM and data-focused campaigns. At Publicis, he constructed VivaKi to take advantage of the agency group’s data assets.

That’s the approach Kenny has brought to Weather. Now, its sales team has pivoted from a talking about it as a reach play to selling on weather data, i.e., the forecast. If you’re the beer seller, for instance, Weather’s software can automatically start serving your ads in Atlanta after three consecutive days of warmer temperatures. It fires just like a search ad would when a keyword is typed into Google.

“What you’re fundamentally selling in this offer is algorithms,” explained Kenny. “We sell data to everybody. It’s not dissimilar to a search sales. It is dissimilar to most of the display market.”

But the data is never sold outside of Weather, meaning that to take advantage of the targeting Weather offers, advertisers must go through them. And as the team will readily admit, when it’s sunny in New York on Weather.com, it’s sunny on all other media properties in the city too. With a product called Extender, the company is going to give advertisers a chance to buy Weather targeting on many outside properties as well, turning the company into an ad network of sorts.

“I believe over time we’ll be more of a network play,” said Kenny, before quickly backtracking and calling it a system. “It’s not really a network in the way people think of them today”

This is an exciting story. And yet the history of digital media is filled with those who have claimed to be sitting on troves of valuable data. Think back to MySpace claiming its social connection data was “digital gold.” Facebook CEO claimed its social connection data would change advertising forever. That hasn’t exactly panned out. For all the talk of “Big Data,” none of it has proved nearly as valuable of a signal as search data.

“I think it’s a great idea,” said Yieldbot CEO Jonathan Mendez, “but I just think practically it has tremendous challenges, the foremost of which is that the most unpredictable thing in the world is weather.”

Sara Livingston, director of marketer solutions at Weather, disagrees. “This does work,” she said. “One of my big things about coming over here is that we did very similar type of weather targeting at my last company, at Seamless, with more refined weather data set; it worked. We saw upwards of 20-40 percent lift in performance.”

James Kiernan, managing director at ZenithOptimedia, an agency that does business with Weather said the targeting the company offers is interesting but also one of many new unique data sources now available to advertisers. “The bigger challenge, he said, “is how does this feed into the other sources of data advertisers would be using?” Kiernan would not comment when asked how the new targeting capabilities would affect his spend with Weather.

Kenny’s move at Weather have gotten plenty of hype. He recruited a key lieutenant at VivaKi, Curt Hecht, as chief revenue officer. Hecht has busily assembled a team of data advertising savants. It’s a tough time to be a media company, as ad rates are put under pressure by data-fueled buys through programmatic channels, but Weather’s bet is it’s different from most publishers because it’s, well, not really a publisher in the traditional sense. That gives Weather the chance to be a platform play, not a publisher fighting to get onto plans or treated as undifferentiated inventory for audience buys through exchanges.

“The world is bifurcating,” explained Jeremy Hlavacek, Weather’s vp of strategy and business operations. “So, you’re either unique and differentiated,” he continued, “or, frankly, you’re going in the programmatic bucket. That’s happening to a lot of folks who would consider themselves mid-tail or even premium pubs. You’re either getting bigger or you’re going to get getting pigeonholed off to the side and going to be all programmatic.

As it turns out, the Home Depot offer displayed during Kenny’s iPhone demo was not, in fact, tied to weather. Its targeting, a simple day part, can be offered by any publisher using the most basic ad server. This underscores the challenge ahead for Weather: It’s one thing to have a certain targeting capability and another to get advertisers to use it consistently.

“We’re on a learning curve, and so are the advertisers,” said Kenny, acknowledging that it will take patience and education to get the company to where he wants it to be. “I don’t think it’s dissimilar from the early days of search,” he explained. “You gotta build the category.”