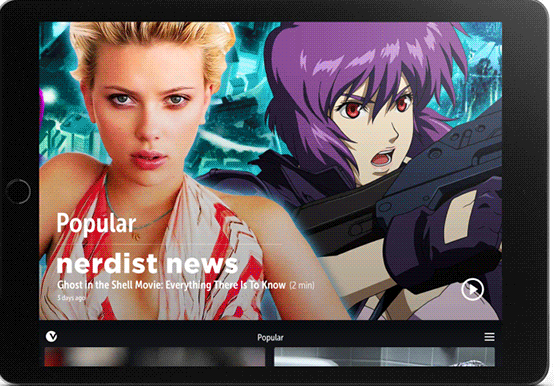 Even the CEO of Vessel admits the Vessel launch strategy is a bit crazy.

“It would be a lot easier for us to walk onto Madison Ave. when we were at massive scale,” said Vessel chief Jason Kilar.

Yet over the past six months, Vessel has amassed a cluster of brands and agencies to advertise during the platform’s early 2015 launch window. Jaguar, Land Rover, Chevy, McDonald’s, Old Navy, Corona and several Unilever brands have signed up as Vessel advertisers, among others.

Vessel’s pitch is that it delivers the best Web video before anyone else — namely, before YouTube. While it aggregates video from such publishers as The New York Times, BuzzFeed and CollegeHumor without any exclusive windowing, Vessel has struck deals with dozens of YouTube stars for early access to their future videos. If Rhett & Link fans need to see the musical duo’s latest videos before the masses, they will have to shell out $3 a month for a Vessel subscription. Subscribers will still see ads, but the overall ad load will go down, similar to Hulu Plus.

“Our history gets the meeting and opens the door, but it’s our product, our execution that actually secures a spend,” said Kilar. “The moment they see the experience, they see it through the lens of the consumer. … And if a consumer loves it, it’s probably going to work very well as a marketing service.”

Designed from the ground up for mobile devices, Vessel is unabashedly slick. The main content feed is filled with video content from publishers, musicians and Web video creators, algorithmically personalized to suit your taste. Every seven panels you swipe through — these image-heavy recommendations usually take up the whole screen — the app serves up a “motion poster,” a custom ad unit created by Vessel.

Motion posters fall somewhere between still image and video, with either subtle or prominent animation elements, depending on the ad. In one, nuclear-orange Cheetos orbit some “Dangerously Cheesy” text, drifting lazily across a white background. In another, a 2015 Jaguar XF spins endlessly, showing off the luxury car from every angle. They demand your attention in an era when consumers have learned to glaze over most ads.

“We consciously tried not to think about what was going on on the Web today,” said Kilar. “People have forgotten that advertising has the ability to be beautiful. I’m so excited that we’re going to be a force to change that.”

Vessel also has a pre-roll ad unit, but the vast majority of the inventory is three to five seconds — about as much time as it takes for that “skip ad” button to show up on some YouTube ads. Vessel will also serve some 15-second ads to non-subscribers, but 75 percent of ads they see will still be five seconds or less, according to Kilar. That was a smart design decision, said Peter Csathy, CEO of Manatt Digital Media.

“How many people are really viewing the ads that are skippable on YouTube? Advertisers get very little out of that, because viewers are just ready to go and see their video,” said Csathy. “In the short time I’ve used the Vessel app, the five second ads do feel very ephemeral. It feels almost shorter than five seconds — and it doesn’t bother me.”

Yet both motion posters and five-second pre-roll require custom creative work, which can’t easily be recycled for other platforms. Even though Vessel’s creative services team is assisting most early advertisers, that barrier to entry could initially discourage some marketers wary of the workload, admitted Kilar. But Vessel has sold out of its initial inventory at a premium price, he asserted, demonstrating marketers’ appetite for first-to-market opportunities.

“I wouldn’t discount bragging rights [as a motivation for advertising on a new platform],” said Orli LeWinter, vp of strategy and social marketing at 360i, which does not have clients advertising during the launch. “People love to see their name in headlines. And you get to advertise to thought leaders and influencers, probably in the higher-income brackets, who are not averse to hearing advertising messages. … Jaguar wants to be in that kind of company.”

But the ad deals will dry up fast if Vessel fails to build a substantial audience after it launches publicly, which is scheduled for early this year. That’s a big question mark still hanging over this well-funded startup.

“Vessel’s experience is really pretty and all that, but what’s going to drive me there is content,” said Csathy. “And if you can get a lot of the content elsewhere, that’s a tough sell.”

But Kilar is steadfast and confident, even if his team is trying to build two sources of revenue, cater to video creators and amass a huge audience right out of the gate.

“It’s slightly crazy to tackle all these things so early in our business compared to most Silicon Valley companies,” said Kilar. “But we think that it’s our responsibility to the creators to make sure we’re helping them build great businesses. So we need to make sure we’re generating subscription and advertising revenue on day one.”