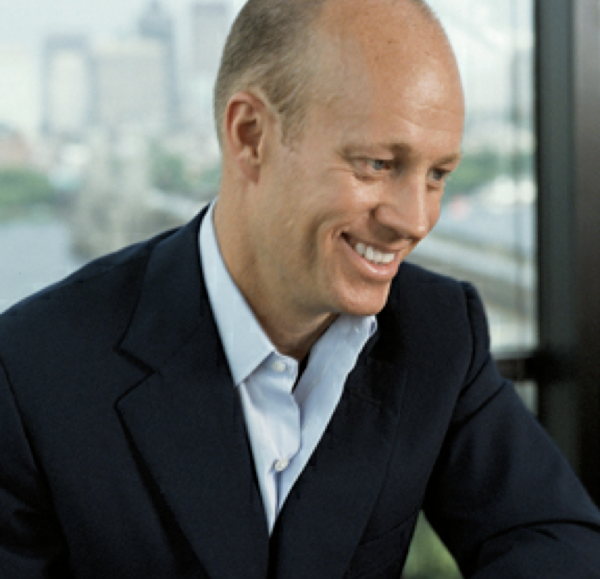 Journalism’s business model is broken. This we know. What we don’t know, however, are ways of repairing it. MIT’s Technology Review is taking some stabs. First, it’s following in the footsteps of the Financial Times and stepping away from the app economy that publishers are diving into. Second, it’s experimenting with different modes of revenue that actually work as a two-way street between outlet and reader. The decisions for these moves did not come lightly, as we learned by talking with Technology Review’s editor-in-chief and publisher, Jason Pontin.

You recently wrote about Technology Review’s move to go digital-first. Can you talk a little about the decision process?
The decision came out of two years of experimentation and learning. We tried a variety of different models, did A/B testing, looked at what worked and didn’t worked, and in the end the data was fairly clear. A print magazine was still very important for us as a source of audience and advertising revenue, but it was impossible to recreate a conventional subscription business on a website. An all-or-nothing paywall did not work at all, and a porous paywall didn’t work very well because it took advertising dollars off the table. In the end, we decided the most elegant, innovative and open solution would be to embrace what is sometimes called “digital-first,” where print becomes merely another platform to which one publishes the totality of stories that exist for free on a website. All that said, the overwhelming reason for embracing digital-first wasn’t so much the business reasons but the desire for excellence and the freedom to innovate.

You also recently wrote about Technology Review dumping the app mentality in favor of HTML 5. Is an app economy — for publishers — sustainable? From a business perspective, why would a publisher give 30 percent of its revenue to another company?
Here’s what proponents of apps would say: you’re already giving more away to newsstand distributors. I suppose that’s true, but I’m not used to sharing the revenues of digital replicas, which are the nearest analogy to apps, with anyone.

But as I said in my piece, I think there are more profound objections to apps for publishers. The first is, why do you want to build an app? Apps are there to perform software applications. There are tons of things where apps are the appropriate and, in many cases, the only possible strategy. If you want to hook up with someone, if you want to check your stocks or make financial transactions, apps are great. But almost everything I might conceivably want to do as a publisher can be done more elegantly and more cheaply in a browser. They can be done with a scripting and markup language. What made apps attractive initially — great type or multimedia — publishers can do in HTML. I see no overriding benefit to apps. Sure publishers can build apps, but why bother? It’s just a waste of resources and effort.

The second problem is more philosophical. When you build an app, you build a walled garden with few or no links, and digital media wants to link out to other digital media.

How do you square the economics of digital-first when that means 1/10 of the revenue per reader?
We’re a privately owned company, a 501(3)(c) not-for-profit wholly owned by MIT. I’m not going to divulge revenues or our RPU, but I can tell you that about a third of our revenue, one way or another, derives from advertising. And of that third, 75 percent derives from digital advertising. But I can talk to you about our audience. Technology Review serves around 4 million people every month through our U.S. website, U.S. magazine, our foreign editions and our foreign websites, as well as our newsletters. That audience is now overwhelmingly digital. Our conventional U.S. print magazine now has around 165,000 readers. I can imagine a compelling argument for some publications with older readers to make a long-term commitment to print magazines and their digital homologues, digital replicas and apps; but for us, our audience wasn’t just overwhelmingly digital, it was Web-based. As a rationalist, I follow the audience and what they want. We’re a very data-centric company.

How incongruous is it that there’s a Technology Review magazine? In other words, why should it exist?
For some people, print remains the preeminently pleasurable medium. Print has characteristics they love: portability, legibility, permanency — in the sense in the thing exists in a discrete, irreducible form. For some readers, there’s an emotional attachment to print as somehow less ephemeral. There’s a justification in advertising, too. There’s less print advertising than there once was, but a page of advertising in the print magazine still has a higher price per thousand readers than a display ad on a website. What’s more, the continued existence of a print publication, for reasons I can’t entirely explain, supports the CPM of our site. For advertisers, the knowledge we still publish in print is comforting in some way.

What are your thoughts on frictionless sharing? Can publishers be successful in the Facebook walled garden?
I don’t know which way it’s going to go yet, and I don’t think anyone else does.

As a consumer, I hate it. And when I can, I turn off sharing. I’m a Spotify user, but I don’t advertise to my Facebook profile what songs I’ve been listening to. I use Pinterest, but I don’t want everyone on Facebook to know what I’ve pinned. And as a publisher, I dislike disaggregating our content to that degree.

I have very serious reservations about whether or not Facebook is reaching the limits of how much it can force its users to exist inside their version of the Internet. I sense a rumbling dissatisfaction. But we’ll see. Maybe we’ll all have to adapt. Maybe all content will be streamed through the Facebook news channel. I doubt it.

You wear several hats at Technology Review — editor-in-chief and publisher. What keeps you awake at night on the business side of things?
There are, I guess, two things that keep me awake. The first, as Michael Wolffe said in his piece for us, “The Facebook Fallacy,” is the heartbreaking reality of digital publishers. The people in the business of selling display advertising on business-to-consumer sites are involved in an essentially exhausting attempt to increase audiences faster than the cost of advertising is declining. We have a high CPM, and we succeed in a business-to-business ad market, where there’s less downward pressure, but even we feel it. In a world of infinite advertising inventory, where ads are simultaneously measurable, publishers are not the ones in control. We’ve held the line so far on our CPM. But I find it nerve-racking.

Secondly, I don’t believe — and I feel this very strongly — that any publisher should be wholly dependent to advertising revenue. I feel that strongly for a quasi-ethical reason: publishers tell editors-in-chief (and I can imagine a schizophrenic conversation here) to take care of the client who pays. And if the only buyer is the advertiser, that’s the community whom publishers ask editors-in-chief to serve. I believe that readers need to have some skin in the game if their interests are to be fairly represented.

On the other hand, it’s not clear to me what the future of consumer revenue online will look like. We know that all-or-nothing paywalls don’t work and porous paywalls are ambiguously successful at best. So, instead, Technology Review is going to look at membership models. The idea derives from companies like Amazon and its Prime, but publishers like Ars Technica and GigaOm have also experimented with membership. With membership, you might deliver subscription magazines to people who want them, you can show no ads on the website, you can eliminate pagination on pages, give discounts to events and even offer specific privileges.